YFI had a wild week jumping from a low of $7,451 on November 5 to a peak of $17,500, and still currently trading at $15,165, outperforming the market, even Bitcoin. YFI has been trading inside a massive downtrend since September 13.

The digital asset formed a head and shoulders pattern which broke bearish on October 2 with a lot of continuation, dropping the price of YFI to lows not seen since August 16. The first time the RSI got oversold was on November 5 when YFI’s price exploded by 140% within 48 hours.

Yearn.Finance has regained the 12-EMA and the 26-EMA, turning both into support levels.

The In/Out of the Money Around Price chart shows very little resistance on the way up. The most notable area seems to be contained between $15,171 and $15,597, which has 1,610 YFI in purchasing power.

In comparison, the support area between $13,810 and $14,278 has 1,020 addresses that bought close to 10,700 YFI tokens, around 6 times stronger than the resistance ahead. The IOMAP chart suggests that YFI can easily climb towards $17,469 with very little opposition.

Even more interesting is the huge spike in the number of new addresses joining the network which has seen a 100% rise in the past 7 days. Similarly, the number of active addresses also jumped by 55%. These metrics indicate a huge rise in the increase in interest in the digital asset.

On the 4-hour chart, we can see a clear shift in the momentum of the trend which has turned bullish. The digital asset has climbed above the 50-SMA, 100-SMA, and 200-SMA.

Currently, YFI’s price seems to be forming an equilibrium pattern establishing several higher lows and lower highs. The pattern is on the verge of a breakout, which favors the bulls considering the recent momentum. 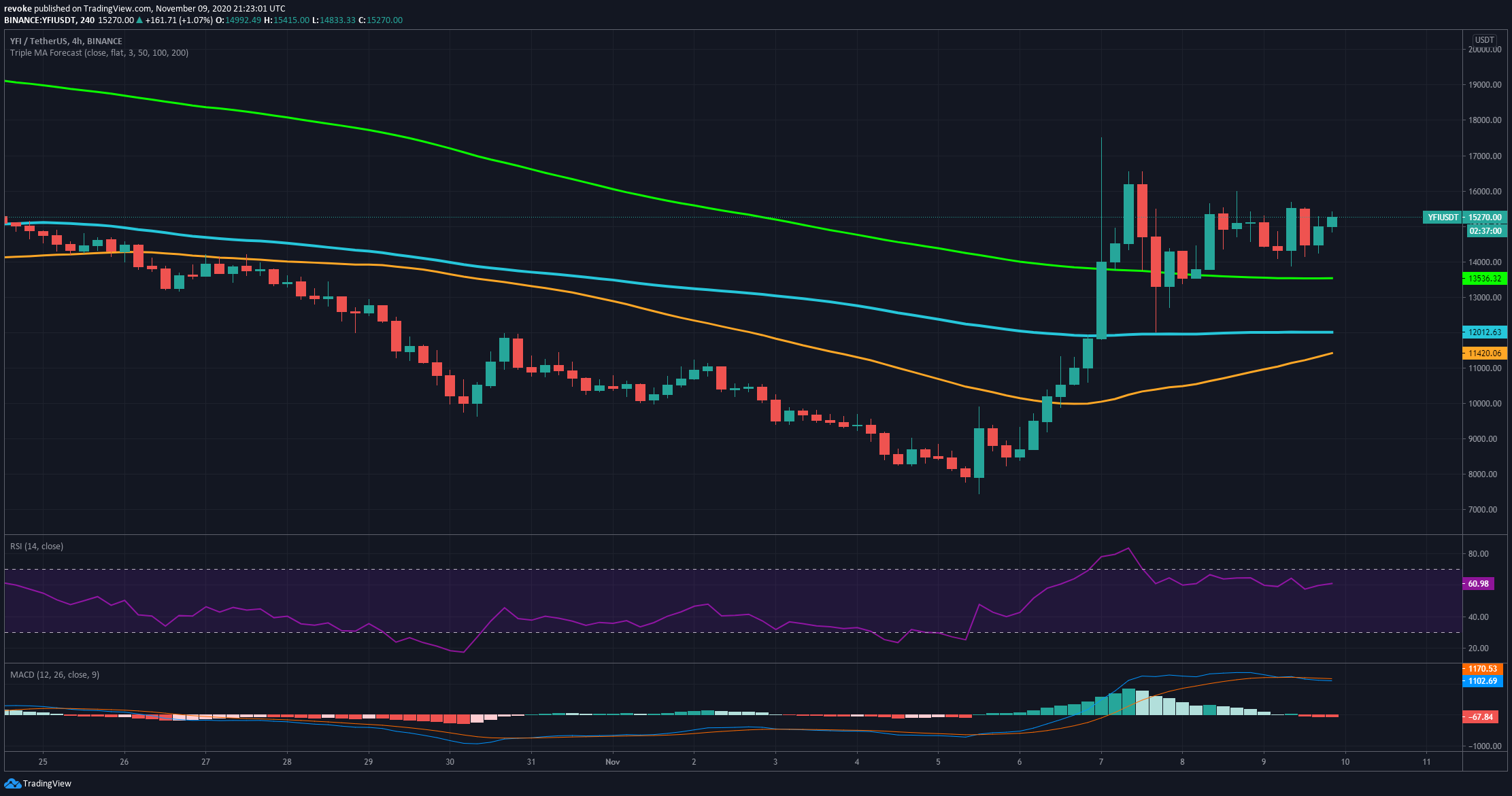 A bullish price target would be around $20,000, while a bearish breakout would most likely drive YFI towards $12,000.

The 4-hour isn’t yet a confirmed uptrend as the bulls would need to establish a higher high compared to $17,500. It’s important to note that the 4-hour chart hasn’t been inside an uptrend since September 27.

Premium beer maker Budweiser is the latest to hop on the NFT mania train after purchasing beer.eth ENS for 60…

Bitcoin Price Forecast – Is A Strong Price Increase Around The Corner?

The important $10,000 support level has been holding so far. But should the Bitcoin price fall below it, things could…