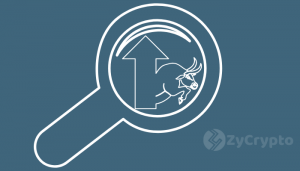 Although the space has been mired in a long bear market, Weiss Ratings just came out with their predictions for 2019 and it’s looking extremely optimistic for crypto holders.

The predictions are based on several criteria including market trends, but also expected forward leaps in technology and adoption.

Bitcoin will be increasingly used as a store of value because it costs virtually nothing to store, it is extremely efficient to transport, and is secure from both fraudulent actors or government confiscation.

According to Weiss’ newest predictions, “the price of Bitcoin will rise again and head for new all-time highs.” In their report, Weiss Ratings addresses the concern that many financial experts outside of the cryptocurrency sector think Bitcoin and altcoins are currently on a slide to zero. While some experts are claiming the market for cryptocurrency is dead, the report points out that each time death claims were made, “Bitcoin recovered and embarked on a new bull market that delivered average gains of 6,300% from bottom to peak.”

The report was also favorable towards the overall health of the altcoin markets. Weiss says although many altcoins will die out, a select few will experience exponential growth. The report claims adoption in the banking industry along with the building of a new decentralized web will lead the bull run for altcoins.

EOS, Cardano, and Holochain are specifically mentioned as the potential leaders of the Internet 3.0 and the dApp revolution. Weiss also predicts Ripple’s systems will make a huge impact in the speed and efficiency of worldwide banking and the digital asset XRP could be a central part of the new way banks send money internationally.

Ripple’s XRP, in particular, is aiming to disrupt SWIFT, the giant payments network of the global banking system. If it can manage to chip away at SWIFT’s market share and even replace it in some areas, there’s a chance that XRP could eventually become the world’s No. 1 cryptocurrency.

Consolidation to a small number of useful cryptocurrencies will be another factor in the next major bull run according to the report from Weiss Ratings. Many of what the report refers to as “me-too” cryptos will begin to disappear in 2019. The report singles out Bitcoin Cash, Bitcoin SV, and Litecoin as coins that “bring virtually nothing new to the table.”

If useful blockchain applications break out in 2019, this newest prediction from Weiss Ratings could prove to be true as the less useful coins drop off and smart money moves to the top products.

Coin360 Partners With Changelly for Instant Crypto Exchange On Its Platform

Coin360 and Changelly, one of the largest and well-known crypto exchange services are joining forces. The outcome of the collaboration…