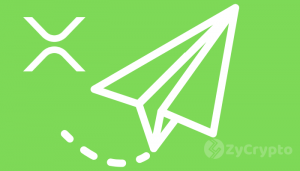 The Ripple project has always drawn controversy among many people, but, there’s no denying its XRP token has always been one of the most admirable coins on the market. The last couple of hours have further proven why XRP is one of the most outstanding coins. At the time of press, XRP has extended its gains from yesterday and is now recording gains of over 10%.

Mati Greenspan, senior market analyst at eToro noted in a tweet that XRP began surging about five minutes before other coins. Clearly showing that XRP is leading the green wave and the recovery today. 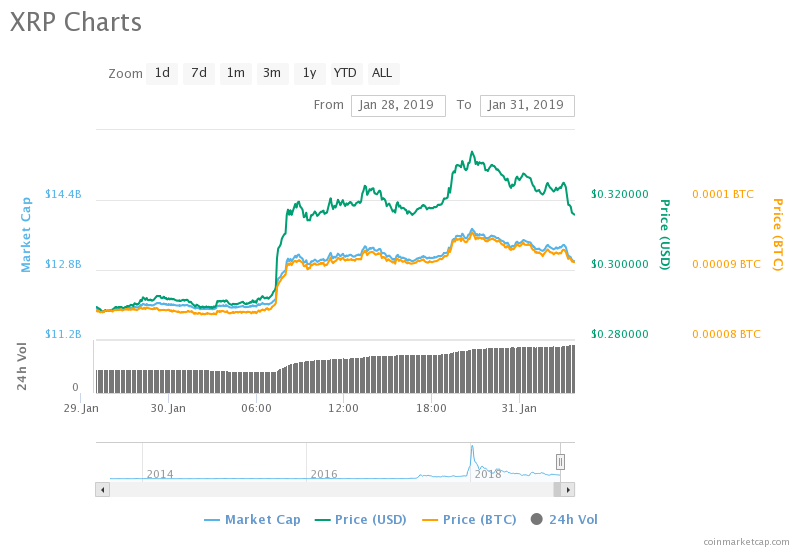 The gains have seen XRP trade a little over $0.32 and pull away from Ethereum (ETH) by a little under $2 billion in market cap. XRP’s surge comes amidst a wider market recovery with major coins recording substantial gains. Bitcoin (BTC) has in the last couple of hours climbed above $3,400 following a price hike in the last 48 hours. Ethereum ETH has also been making moves, recording a 3% gain. Ethereum is now cents short of a $110 position.

XRP is clearly leading today’s recovery and is by far the best top tier cryptocurrency performer in the market. The fast response was much needed after the coin dropped to lows of $0.28 earlier in the week.

The surge, which has seen XRP climb by 10% in less than 2 hours, have corrected XRP prices, getting them back to last week’s highs. If the bullish wave persists, XRP will be looking to retest the $0.35 position. XRP will further look to get back $0.35 and possibly hit 2019 all-time high of a little under $0.38.

IMF Praises XRP, Says Banks Will Be ‘Cannibalized’ If They Don’t Adapt

Although it is not yet clear what has motivated XRP took to make the leap, IMF praising it might have had something to do with it. The International Monetary Fund (IMF) director Christine Lagarde, has been talking about the future of money and according to her, banks need to adapt to modern technology or they will be ‘cannibalized’. Lagarde has further acknowledged that what Ripple is doing is different, active and helpful.

Last year, the director had praised cryptocurrencies like Bitcoin, Ethereum and XRP for offering “more stable value, and quicker, cheaper settlement”. Positive statements from prominent individuals such as Lagarde continue to be highly welcomed by the community and continues to impact price movement.

The post XRP Flying High, Pulls Away From Ethereum (ETH) As It Eyes $0.35 appeared first on ZyCrypto.

CryptoExpoConference will be held during the Traders Fair in Kuala Lumpur