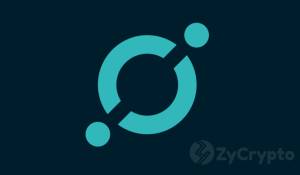 ICON is a huge South Korean project that is a scalable smart contract platform that uses innovative technology to “Hyper-connect the world”.

South Korea is the world leader when it comes to blockchain technology with ICON being named the number one public blockchain with the project offering its technology the ICON-LOOP.

The ICON-LOOP has been adopted by many companies in South Korea from Life insurance companies, Universities, and Government departments with the ICON-LOOP being the groundwork for interchain communications between the many projects on the network and in theory Hyper-Connecting the network.

But let’s focus on governmental ties, ICON has been working on a lot of projects for the Seoul Metropolitan Government, they developed concepts for stable coin payment token, Digital identity applications, and even voting applications, With the promise of governments joining the list of partnerships the future looks bright for the project.

But if that’s not enough even more exciting news out there is the partnership they have signed with Samsung, with the recent images of the leaked crypto wallet on the company’s new S10 smartphones could mean amazing news for ICON.

In 2018 An MOU was signed between the ICON-LOOP and Samsung Electronics in which Samsung pledged to use chain ID for Samsung Pass.

Samsung Pass is the default biometrics identification system fund on every Samsung phone. The Samsung Pass is used daily by users for online payments, logins, signatures and even phone unlocks!

If Samsung is using the ICON-LOOP on their new devices this could be amazing news for the projects and could help the project reach beyond their all-time high to date.

ICON really is a standout project in the world of crypto offering a fully working product that is being used utilized by large companies and institutions.

The Korean government and Samsung wouldn’t partner with just any project that comes along they have to believe in the team and the product they’re offering. But with the main hype around ICON being in South Korea and Asia we will have to wait for the hype to hit us in the west and once it does, I believe ICON will crash into the top 10 projects by market cap and be a market leader.

The post Why I think ICON (ICX) will Reach the Top 10 appeared first on ZyCrypto.

Flubit.com, a leading online marketplace has revealed it’s giving customers a 25 percent discount on all items purchased on the…

Why You Should Be Buying Tron, XLM, and XRP Right Now

As the cryptocurrency market moves back to a state of recovery, traders are expected to be skeptical about what tokens…