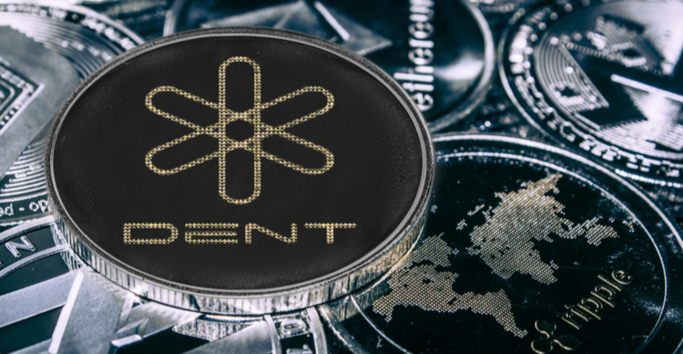 Dent has opened this week around $0.007504, marking a 134% increase on last Monday’s price. The blockchain mobile operator has struggled to recapture its performance during the 2018 bull run, but a strong rally here could change everything. The token is now well on its way to reclaim its 2021 high and is up by 300% this month.

Keep reading to find the best place to buy DENT today, as well as learning the fundamentals and future prospects of the project.

How & where to buy Dent in the UK and elsewhere

Dent is a veteran project in the crypto world, having been founded four years ago in 2017. As a result, you’ll find that DENT tokens are available from a wide range of exchanges and cryptocurrency brokers. Sign up with one of our two suggestions below to begin trading: our partners are reliable and regulated, and always implement best practices for both safety and security.

Dent (DENT) is a global eSIM operator anchored to the Ethereum blockchain. Dent aims to de-localise mobile phone contracts, allowing airtime and data to be used across the globe by anyone, anywhere. Dent operates a marketplace where users can trade, buy, and sell airtime and data using DENT tokens. The use of blockchain technology ensures global compliance and a trustless marketplace.

Dent was founded by two Finnish entrepreneurs, Tero Katajainen and Mikko Linnamäki. If these two can follow in the footsteps of their countrymen, Nokia, then Dent could well become a household name in the telecommunications sector, and the token could rise to even greater prominence.

Should I buy DENT today?

Dent’s 7-day chart clearly shows a breakout from a flat line into a rapturous rally up to highs of $0.00868595. The reversal of this stagnant-bearish trend is welcome news for DENT investors, who have had nothing but bad news over the last three months.

The market-wide recovery that precipitated after Bitcoin broke $40k has clearly buoyed the coin, and the weekly gains of 134% that have now been locked in have attracted viral attention from throughout the cryptosphere.

The price has somewhat stabilised after the initial explosive rally, giving investors who arrived late an excellent opportunity to get in at a discount if they believe a further spike is to come.

This article is informational only — none of the contents should be construed as financial or investment advice.

The post Where to buy Dent: 134% gains steal headlines for DENT appeared first on Coin Journal.

Industry Experts Speculate on the Future of Bitcoin Under Biden

As we look to the new US administration following the November election, we asked a roundtable of experts from the…