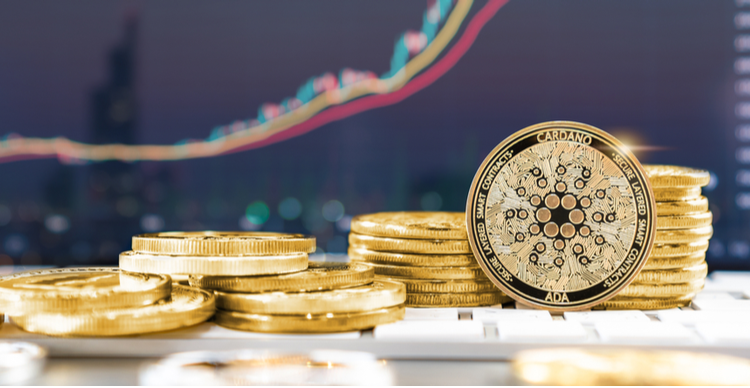 With exciting improvements on the Cardano blockchain, ADA made gains of over 46% in the last week. Read on to find out the latest Cardano developments and where to buy ADA

Cardano has often been dubbed the “Ethereum killer”, and with exciting recent developments on its blockchain, it’s starting to look like it might live up to its moniker.

There is a lot of hype around the project at the moment and if you want to know why, keep reading to find out what Cardano is and where you can buy ADA.

How & where to buy Cardano in the UK and elsewhere

A fully-compliant and regulated broker or exchange is the best place to buy ADA — or for that matter, any other cryptocurrency. There is a vast array of choices out there, but to make things simple, here are a couple of our top recommendations for platforms to buy Cardano:

What is Cardano and why is it pumping?

Cardano is a Proof of Stake blockchain platform created by Ethereum co-founder Charles Hoskinson. The project incorporates innovative technologies and focuses on peer-reviewed research and evidence-based methods. The native ADA token is used as a means of value exchange and for staking on the network.

On Tuesday, Hoskinson provided an update on the project in which he said the date of the upcoming Alonzo hard fork (which will bring smart contracts to Cardano) would be announced today, while adding that it would be before the Cardano Summit in September.

ADA rallied to a two-month high of $1.74 on the day of Hoskinson’s update. It is now up more than 46% in the last seven days and broke past resistance at $2 today for the first time since May. The rally even saw Cardano overtake Binance Coin and Tether to become the third-largest cryptocurrency by market cap this morning, according to CoinGecko.

Should I buy ADA today?

The latest developments on the Cardano blockchain could make this great time to buy ADA. Ethereum is in the process of transitioning to Proof of Stake, which should solve its problems of congestion and high gas costs. But it sounds like Cardano will achieve smart contract functionality before Ethereum moves to Proof of Stake.

This could potentially mean an influx of Ethereum-based applications and other projects wanting to build on Cardano. As the main means of value exchange on the blockchain and the token that will power future Cardano-based apps and services, demand for ADA could skyrocket in the coming months, driving up the token’s price.

70% + of circulating $ADA is staked (not for sale). Demand about to go parabolic with launch of #Cardano smart contracts.

With the relative strength index (RSI) showing ADA to be highly overbought on the daily chart, we could see some consolidation in the short term while the bulls gather their strength to push higher. The obvious target for ADA price will then be its all-time high around $2.50, after which, rising demand could see the token test $3 before the end of this year.

The post Where to buy Cardano: ADA surges on news of Alonzo hard fork appeared first on Coin Journal.

Scepticism around El Salvador’s planned Bitcoin adoption as legal tender continues growing, with a recent survey revealing many aren’t on…