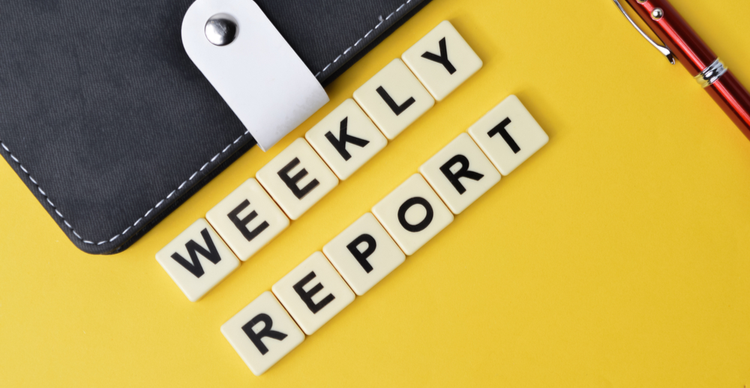 El Salvador officially adopted Bitcoin as legal tender this week, with the broader cryptocurrency market seeing a flash crash on Tuesday. Here is a rundown of other top stories

The Securities and Exchange Commission’s (SEC’s) regulatory eye has now fallen on Uniswap Labs, developer of the largest decentralised finance (DeFi) exchange Uniswap. This is according to a Friday report by The Wall Street Journal. According to the report, persons familiar with the matter have described the SEC’s investigation as looking into Uniswap’s use by investors and the nature of its marketing.

The reported investigation appears to reinforce the words of the SEC chair, Gary Gensler, who insisted last month that all DeFi projects could be regulated, regardless of how decentralised they were. The probe is thought to be in its initial stages at present as the SEC is yet to make allegations against Uniswap.

Since the investigation is currently under civil law and not criminal law, it may not lead to any charges. Uniswap has established itself as a key player in the decentralised finance sector, even after suffering setbacks. With its offering, users can reduce the risk of loss of assets typically associated with centralised exchanges. Furthermore, its open-source Ethereum-based protocol has inspired the emergence of several other projects.

Bitfinex securities announced on Monday that it would be launching its proprietary investment exchange in Kazakhstan. The new platform will be focused on Security Token Offerings (STOs). The Hong Kong-based cryptocurrency exchange seeks to enhance the investor experience by boosting the efficiency of transactions, optimising the success rate of investment return, and cutting down on the transaction costs incurred.

Although the exchange will enable the transaction of tokenised securities by investors from several parts of the world, it remains regulated by Kazakhstani laws under the Astana Financial Services Authority (AFSA). The exchange also set forth that users from the United States, Canada, Venezuela, Austria, the British Virgin Islands and Italy will remain restricted from using the platform.

It started with El Salvador, but the cryptocurrency wave has reached Panama. Following the official launch of Bitcoin as legal tender in El Salvador, Panamanian opposition legislator Gabriel Silva introduced a bill affecting the crypto sector in parliament. The minister tweeted at the start of the week, announcing the proposed legislation and acknowledging that adoption would give the country several benefits.

He highlighted some of the upsides such as creating jobs, attracting investment opportunities, and improved transparency in government. The latter would be in part achieved by moving all public records to storage on the blockchain while also adopting digital forms of administrative and legislative acts. If the bill is to be enacted into law, then Panamanians would gain the full range of usability of crypto assets.

Panama citizens would be able to use Bitcoin and Ethereum in various settings, e.g., settling their tax requirements, commercial and other civil fees. The argument for the bill is that crypto offers pretty low transaction costs regardless of the volume being transacted and how far apart the involved parties are. The new legislation would make crypto adoption optional, unlike in El Salvador, where it is reported to be mandatory. This means businesses will still retain the ability to accept fiat, with crypto only coming in as an alternative.

FTX announces the launch of its NFT marketplace

On Monday, FTX CEO Sam Bankman-Fried announced on Twitter the launch of an Ethereum and Solana-based cross-platform non-fungible token (NFT) marketplace. Bankman-Fried confirmed that the new platform allows users to mint, buy and sell NFTs. The exchange appears to be taking advantage of the growing appetite for NFTs from retail and institutional clients. He added that while the deposit and withdrawal features were not available at the time, they would be active in a few weeks.

Elsewhere, the cryptocurrency exchange announced it had reached an agreement with NBA star Steph Curry. Curry, a seven-time NBA All-Star, will serve as the global ambassador of the FTX brand and his compensation includes a stake in the firm. FTX additionally committed to making charitable contributions to the Eat.Learn.Play foundation set up by Steph and his wife, Ayesha.

A Standard Chartered research team led by Geoff Kendrick released a crypto report on Tuesday with predictions of the valuation that Bitcoin and Ether will hit in the near future. The team predicts that Bitcoin will get to $100,000 late this year, or else early next year. Bitcoin’s rally will influence Ether, whose mid-2022 projected value was set at $15,000.

Kendrick noted that Bitcoin could touch $175,000 at the next Bitcoin halving cycle. Ether, on the other hand, could strike the $35,000 mark if Bitcoin reaches that $175,000 valuation. The researchers also compared the abilities of Ethereum and Bitcoin. They reckoned that while Bitcoin would remain the dominant go-to option for peer-to-peer transactions further into the future, it remained limited in its use cases.

In contrast, they lauded Ethereum as a token possessing the ability to play the role of a financial market. The team added that the token’s diversity in use cases would go a long way to maintain its usability far into the future. They also warned that Ether holds the risk of facing SEC scrutiny in the coming days.

GenoBank.io is partnering with Arion Genetica to encrypt lab results and store them on a public blockchain Privacy-focused DNA testing…

These factors could see Bitcoin’s price rally past $10K

Bitcoin is trading above $9,500 and several factors could provide the impetus for a further climb to $10k Bitcoin price…