Prices of traditional stocks markets have plunged during the recent month, May 2019, with prominent indexes such as the S&P 500 marking 6% losses in the last 30 days. NASDAQ has also seen a decline in May, losing about 3%. Bitcoin, on the other hand, has had one of its best months in years, skyrocketing in value with more than 60%.

Major index S&P 500 was in for a terrible month in May, marking a decline of more than 6%, losing around 200 points:

At the time of this writing, the S&P 500 is down another 1% ahead of the trading day. Another indication of the declining state of the US economy is the stock price of Nasdaq, which is in for one of its worst months in 2019. In May, the technological index futures are currently down 0.6%, following a relative increase in the months before that.

The most probable reason for the plunging stock prices, especially in the US, is the escalating pressure caused by the raging trade war between the US and China. Towards the middle of May, US President Trump raised the tariffs on $200 billion worth of annual Chinese imports to 25% from the previous 10%. Moreover, Trump’s administration said that they were ready to impose higher tariffs on yet another $300 billion worth of goods.

In retaliation, state-run media in China published numerous editorials which blasted the stance of the US and vowed that this position is just not going to work.

This also goes on to show the impact political decisions, and economic actions have on the price of traditional stocks. Just a little more than a month ago, the S&P 500 and Nasdaq recorded new all-time highs, before starting to plunge.

And while The US and China are battling over trade dominance, Bitcoin just recorded one of its best months in a long time. May turned out to be more than lucrative for those who invested in Bitcoin and crypto, as the cryptocurrency marked a remarkable run gaining upwards of 60 percent. 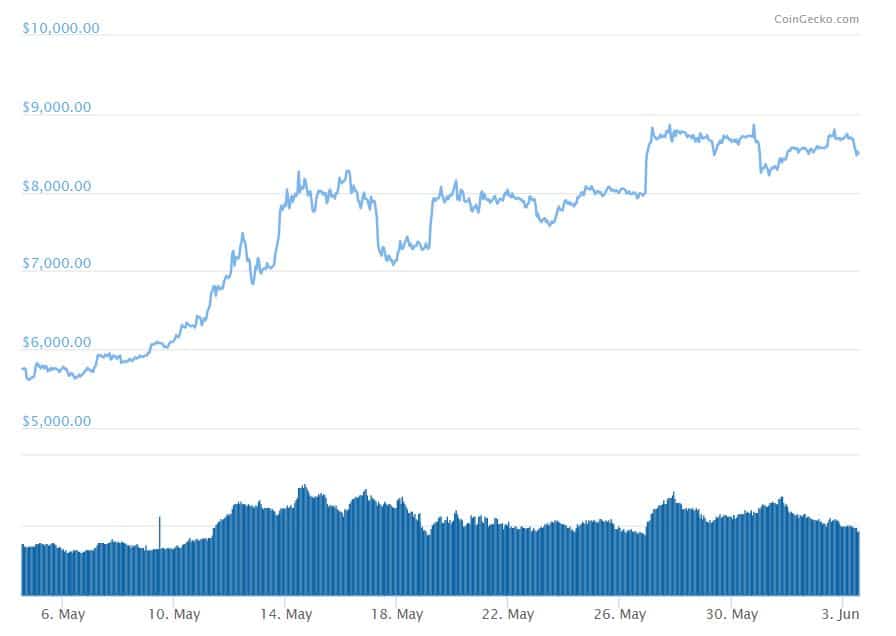 This is despite the fact that towards the end of the month the Bitcoin price crashed, losing about 5 percent. Should Bitcoin had managed to close above $8,900, this would have been its best month since 2013.

What this goes to show is that Bitcoin remains unaffected by significant political and economic turmoil even if it’s between two of the most prominent countries and economic forces in the entire world.

The post Up and Down May: Traditional Stock Markets Plunge as Bitcoin Records 60% Gains in May 2019 appeared first on CryptoPotato.

Ren protocol announced the launch of Ren Alliance on Mar 2 to promote interoperability of different blockchain assets. The Ren…

XRP price in BIG TROUBLE – Will the SEC Lawsuit affect the XRP moon?

For many, XRP reaching its high of USD 0.78 wasn’t the big awaited milestone. Ripple’s “20K event” was a break…