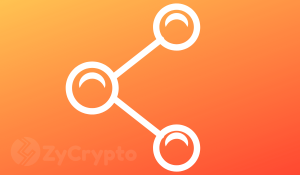 Last year when Tron acquired BitTorrent, a lot of people, not just in the blockchain space, but the entire tech industry took notice. Justin Sun saw an opening to bring millions to the cryptocurrency movement and grabbed it.

In a 2008 email, Satoshi Nakamoto himself pointed out that BitTorrent was a perfect example of a business that could benefit from tokenization.

As BitTorrent’s BTT token nears its public sale phase on Binance, the buzz surrounding Tron is picking up and its showing in the price of TRX. Since then announcement TRX has pumped from the mid 500 Satoshi range to mid 700s at times.

According to Justin Knoll, head of BitTorrent Speed development, the adoption of the BTT token will greatly enhance the already dependable and efficient platform.

“When users gain access to BitTorrent Speed, they will be blown away by the improvements we’ve made to the client they know and love today.”

In an attempt to spread the word about the token and the platform, Tron has also announced that all Tron holders using official Tron wallets will receive BTT airdrops starting on February 11th, 2019.

The airdrop program will be extensive and last until 2025. “To reward TRON’s long-time TRX holders, the BitTorrent Foundation also plans to airdrop additional 99,990,000,000 BTT, during online and offline events, corresponding to 10.1% of the total circulating supply.”

The airdrop program will have no limit and disperse tokens at a 1:1 ratio, so expect Tron to spike in price while people try to get their hands on free BTT.

Tron Officially Becomes Number One Dapps Platform in the World

Tron, Ethereum’s long term rival in dapps creation and users has now become the leading platform with respect to total…