TRX had gained 150% (Binance) during the past seven weeks. The reason for that massive move could be related to the BitTorrent upcoming ICO, which can be purchased using TRX and is based on Tron’s blockchain. The ICO is planned to start its sell on Binance Launchpad tomorrow, January 28, at 17:00.

Usually this could turn into a classic “sell the news” event, however, the bullish momentum of Tron seems unstoppable. Tron had just crossed the $2 billion market-cap mark in the 7th place of the largest cryptocurrencies by market cap.

Let’s start with a quick overview of the TRX-USD weekly chat, where we can notice the bullish flag or descending trend-line that was broken up. The bullish breach above the upper trend-line is quite tempting, although it lacks some trading volume. 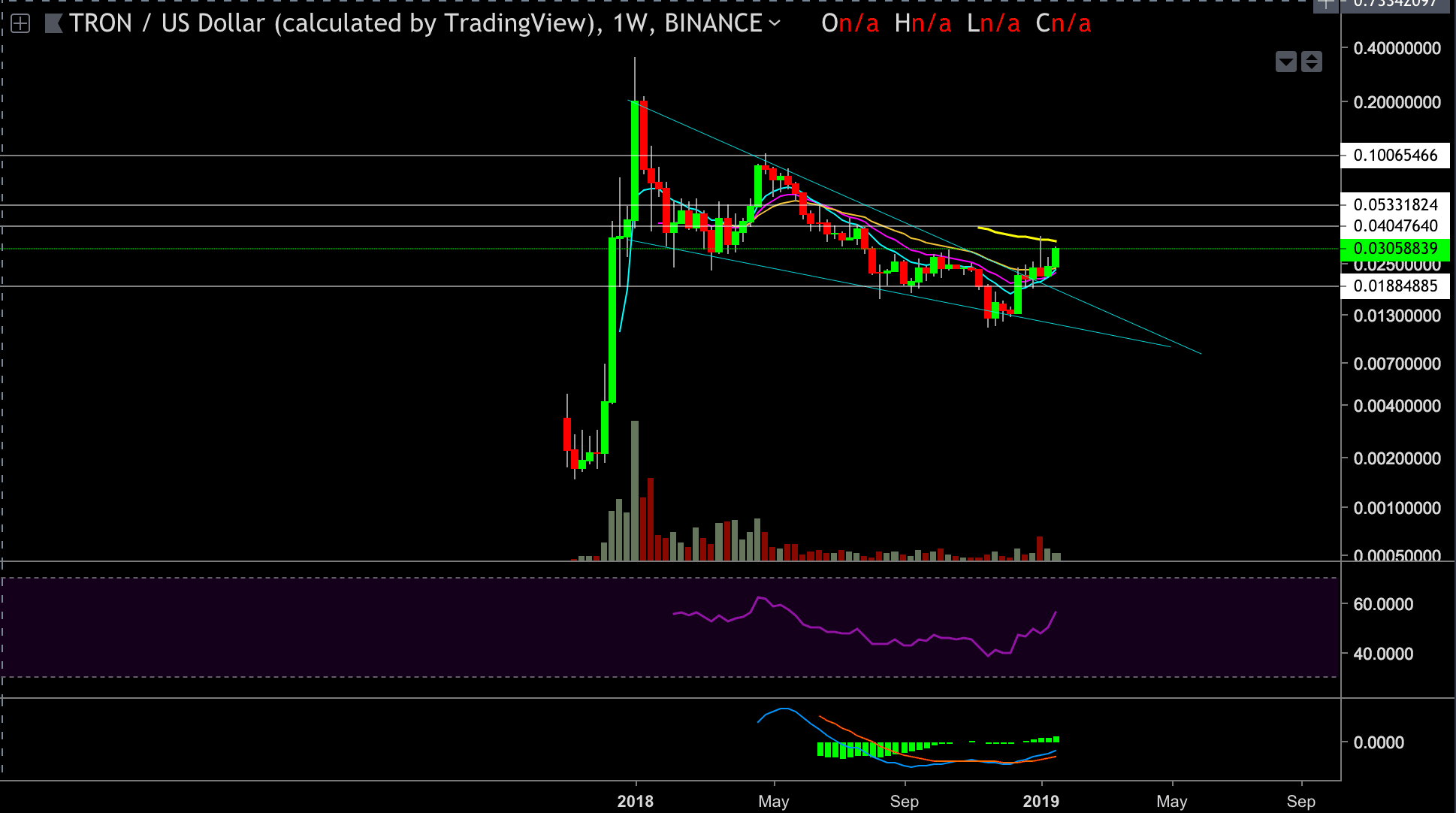 Tron has lost 96% of its value in the lowest point, before gaining some back, but overall is still down 91% from its all-time high price of $0.328.

Notice that the weekly chart is climbing toward the 55 EMA (yellow line) last time TRX touched that line, it got rejected quite heavily.

Looking at the TRX-USD Daily chart 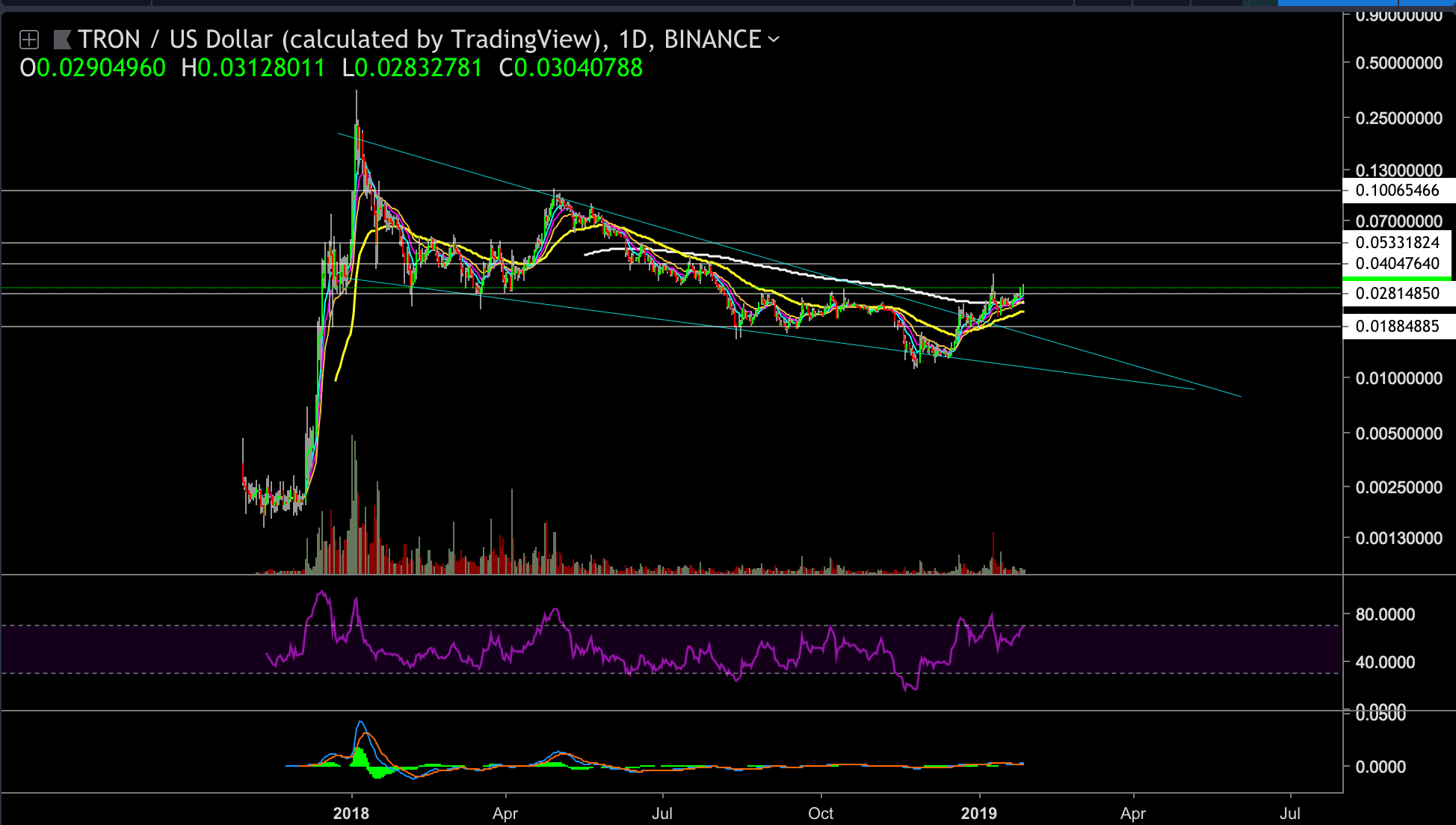 Looking at the 4-hour TRX-BTC chart 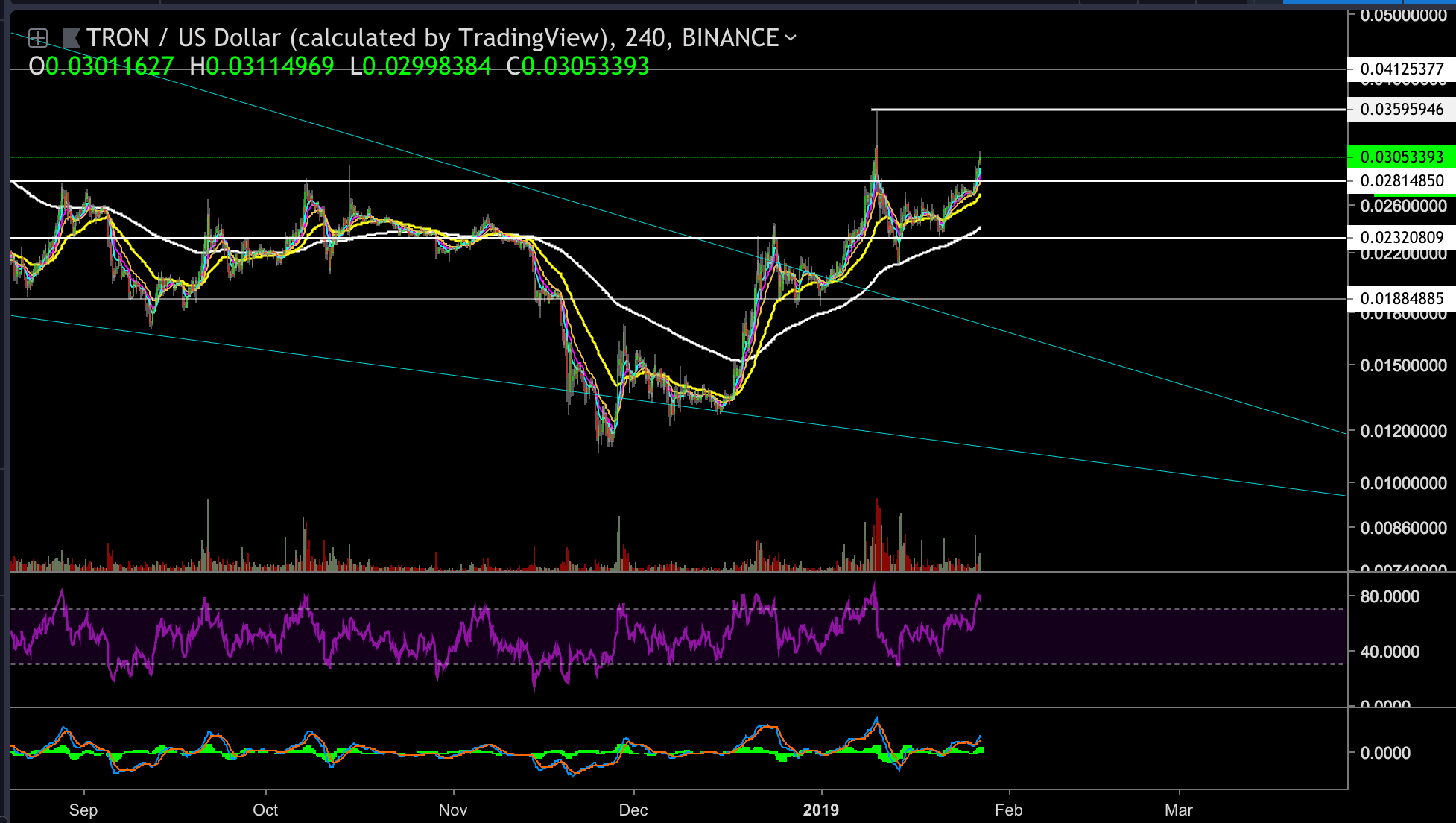 Looking at The 4-hour TRX-BTC chart 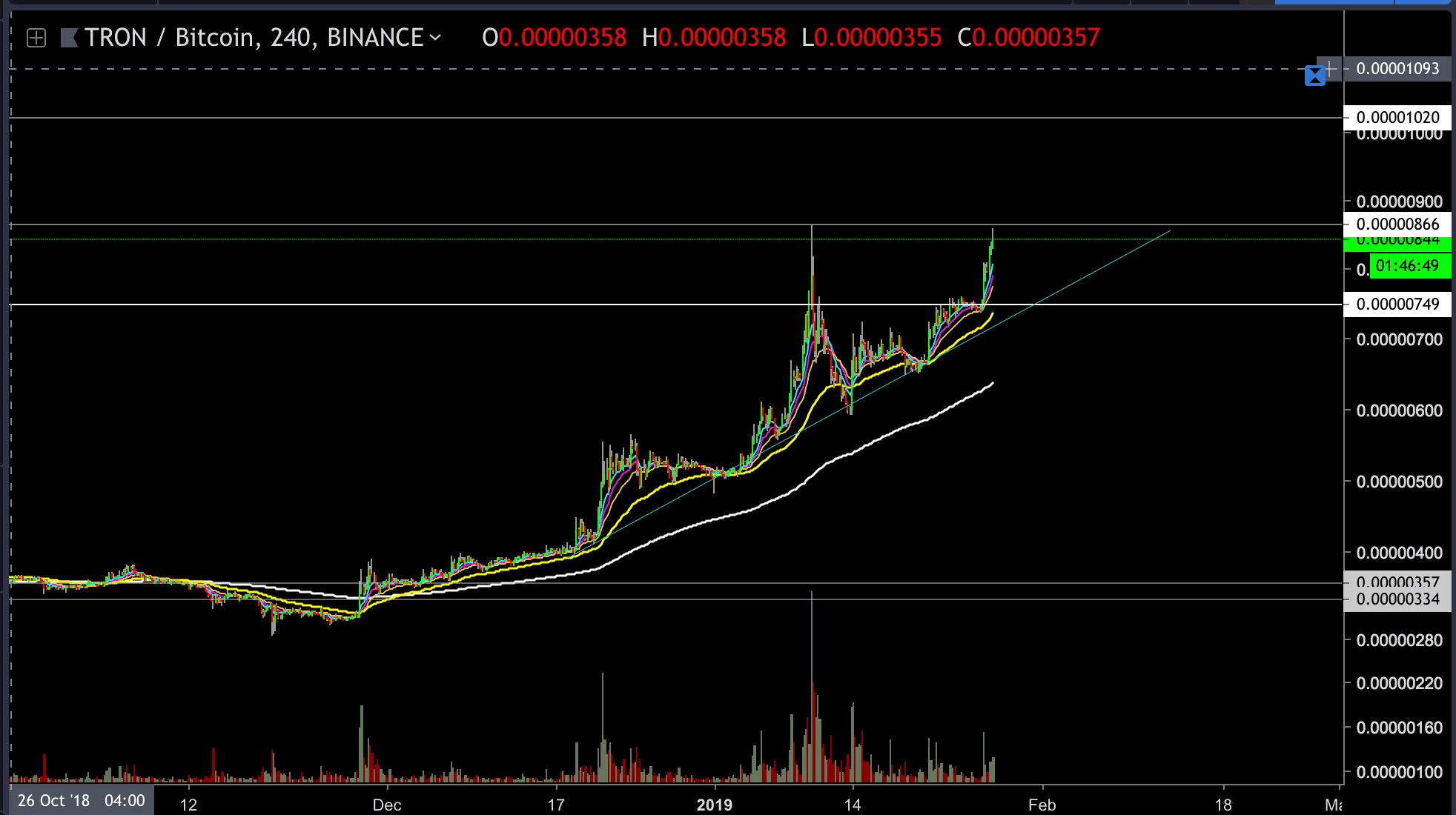 The post Tron TRX Had Gained 150% In 2 Months: Price Analysis Ahead of BitTorrent ICO (January.28) appeared first on CryptoPotato.

eToro Officially Launches Crypto Trading Platform & Wallet in the US

The Altcoin of 2019: Binance Coin Records Another All-Time High At $30. What Are The Next Targets? BNB Price Analysis

Binance Coin has seen another price increase, which totals around 8% over the past 24 hours of trading (as of…