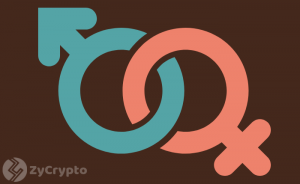 When it comes down to trading, profit stands as the most valuable thing. Whether it is a short term or long term investment, a huge or little amount invested, the goal has always been to profit, a decent amount at least. But the overall cryptocurrency market of 2018 was not exactly the most promising as tokens and coins were faced with multiple hindrances.

This made it even harder for traders to secure decent profits as some of the most promising tokens at the time continued to intensify in losses. However, the new year is seeing a lot more green lights and a little less red lights as more of these tokens are making an impressive comeback. As these tokens continue to build stability, it is likely that a bull run might surface sooner than later.

Formerly known as Darkcoin, the trading history of this coin shows a step by step growth process. From $0.21 to a $1000 mark, Dash has been in the game long enough to be considered in terms of profitability and tradability for its ability to build enough momentum for a long term bullish outpour. Although slowly, Dash is steadily pushing back to the $100 mark, a price which was last seen in November 2018.  Despite this, Dash has worked its way up to the $60 mark. Back in January, Dash was trading between $80 to $90 before it slipped to the $60 mark. At press time, Dash trades at $66.87 whilst steadily moving to hit a price of $100.

Not only is BSV set out to break out of the $60 mark, but the coin is also up by 9.22% in gains at press time. BSV has had one of the longest running since its inception, and it gets even more interesting seeing that the coin is barely 4 months old. Opening at a trading price of $88, BSV hit an all-time high of $243.78 on the 14th of November 2018 and has continued to maintain stability in price and volume. While many coins drown within their first few months, BSV has continued to show itself as a trade worthy coin.

The post Top two Most Profitable Altcoins that are Making a Comeback appeared first on ZyCrypto.

Why You Should Be Buying Tron, XLM, and XRP Right Now

As the cryptocurrency market moves back to a state of recovery, traders are expected to be skeptical about what tokens…