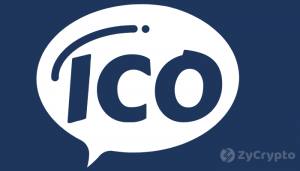 ICOs are starting to make a huge impact within the crypto community. Not only are they used to help fund upcoming projects, but they are a great way to learn about other coins besides the usual Big 3 (Bitcoin, Ethereum, and Lite Coin).

So in this guide, we’ll show you the 3 altcoins that have the potential to grow in 2019.

Basic Attention Token was founded by a team with decades of experience and highly regarded people. The BAT token acts as a unit of account between, users, advertisers, and publishers. Something that’s synonymous with BAT is the Brave Browser, which is integrated with the BAT token.

The Brave Browser can block malware and protect user privacy while you surf the web. The BAT white paper emphasizes the fact that users will be able to use a blocker that blocks ads and trackers that sell their personal information. Because of this, we can see that it might have the potential to grow in 2019.

EOS solves the problems that are associated with Ethereum. For instance, to create an app on Ethereum, you have to use Solidity, a programming language designed for smart contracts. Being forced to learn Solidity puts developers at a disadvantage as they must take the time to learn a new coding language.

EOS overcomes these issues by giving services to developers, including account management and database servers, which don’t require programming knowledge.

Additionally, EOS has more technological strong points. For example, it’s scalable and faster than Ethereum. While the Ethereum network requires the user to pay for their services in gas, EOS doesn’t have gas payment fees as a group of 21 gatekeepers helps approve the transactions.

Stellar’s goal is to provide a fast, inexpensive, and efficient for individuals to conduct cross-border payments. Unlike Ripple (XRP), Stellar was created for individuals and not large institutions.

Companies like PayPal are continuing to dominate the only payment sector and charge at least 5% per transaction.

On the other hand, Stellar provides nominal fees (i.e., the Tempo dApp with that runs on Stellar’s blockchain can process over 600,000 transactions for 0.01 USD) and 5-second transaction speeds.

Importantly, Stellar does not use the Proof of Work System. This means that they don’t have to deal with the energy consumption issue that’s been plaguing both Ethereum and Bitcoin. (It uses Stellar’s Consensus Protocol instead of PoW).

Lastly, Stellar has created a few partnerships with large tech companies (i.e., IBM). Because of these features, we believe that Stellar might thrive in 2019.

Tron is a controversial pick for some. Why is it out our cryptocurrency ico list? Because Tron has recently bought BitTorrent. This decentralization means a lot of big things if Tron can develop a more decentralized and secure way of torrenting in the future.

For example, one innovation would be to distribute the file parts through a network and combine them for user downloading. While it has fewer members than Ethereum, its growth is still impressive. Because of these reasons, TRX is an altcoin with a bright future behind it.

No matter what your opinion is on the three alt coins, they have placed n this cryptocurrency ico list because of three reasons: innovation, efficiency, and cost-effectiveness. If you do plan on investing in them, do so at your own risk.

Tell us in the comments below.