So far, the sector of decentralised finance (DeFi) has been built almost exclusively on Ethereum, but given the network’s congestion issues and high gas fees, many users and developers are turning their attention to faster and cheaper blockchains with smart contract functionality.

One of the most successful of these contenders to Ethereum has been Binance Smart Chain (BSC). In fact, according to a report from DappRadar last month, BSC overtook Ethereum in terms of transaction volume and unique active wallets in February 2021.

There are certainly some promising projects in the BSC ecosystem, but with over 100 different cryptocurrencies now integrated with Binance Smart Chain, it’s hard to know which ones are worth your time – let alone your money.

To make things easier, we’ve compiled everything you need to know about some of the most exciting projects building on BSC right now, as well as their potential for future growth. 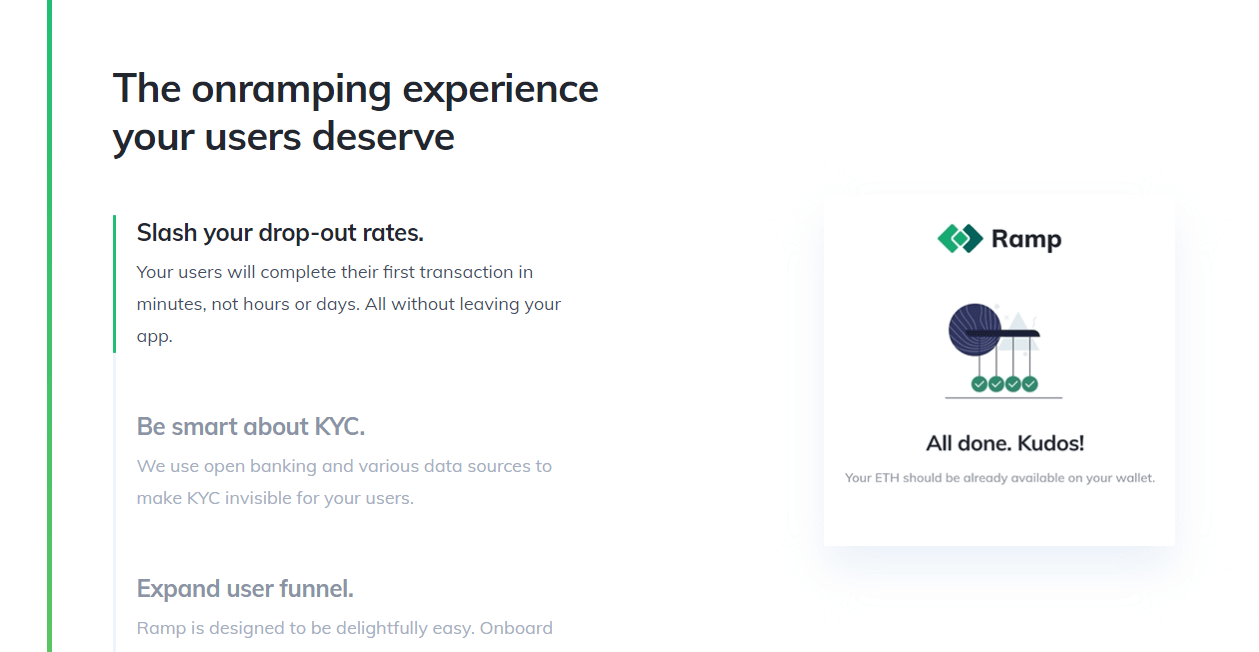 Ramp was launched in October 2020 by Lawrence Lim and Loh Zheng Rong – both of whom previously came from backgrounds in finance and blockchain. The project, which is considered as part of the DeFi sector was created to make the staking economy more efficient.

Ramp offers cross-chain liquidity bridges, staking rewards and yield stacking to create multiple revenue streams and farm RAMP tokens. With the Ramp protocol, anyone can use non-ERC20 tokens on the Ethereum blockchain by first converting them into stablecoins called rUSD. Similarly, ERC20 stablecoins can be deposited to mint eUSD, which can be used in Ramp’s liquidity pool.

At the start of March 2021, Ramp integrated with the Binance Smart Chain. Users can now swap RAMP (ERC20) tokens for RAMP (BSC20) tokens to use on PancakeSwap.

Why should I invest in Ramp?

Since RAMP began trading at $0.02, the coin has seen gains of 2,800% to reach its present price above $0.58, and with a current ranking of 298th on CoinMarketCap, the cryptocurrency still has plenty of room for growth.

The project appears to have strong fundamentals as its investors include big names like IOST, ParaFi Capital and Sam Bankman-Fried’s Alameda Research. Ramp also boasts an experienced team and advisors made up of professionals who previously worked at J.P. Morgan, BlackRock, Microsoft and Binance. In addition, Coinbase Custody added support for RAMP tokens earlier this month, which could mean that a Coinbase listing is on the cards for the cryptocurrency.

The staking rewards and governance rights that RAMP provides could drive demand for the token, while the use of protocol fees to buy back and burn RAMP could reduce its total supply. The value of the Ramp ecosystem, and therefore its native RAMP token, is expected to increase in line with participation in yield farming and governance and the number of DeFi applications using rUSD.

If you’re looking to invest in projects that provide cross-chain liquidity, there are also other options such as Ren (REN) and Wrapped Bitcoin (WBTC).

Launched in September 2020 by Eric Chen and Albert Chon, Injective Protocol was originally incubated by Binance Labs in 2018 and went on to become the first project to host an initial exchange offering (IEO) on Binance Launchpad.

Injective provides a layer 2 decentralised exchange (DEX) with access to unlimited financial markets for spot, derivatives and futures trading. Anyone can use the DEX, earn cross-chain yield and help shape the protocol’s future by participating in its governance.

Injective Protocol partnered with Binance Smart Chain back in December 2020 to help accelerate derivatives adoption in the BSC ecosystem.

Why should I invest in Injective Protocol?

Injective Protocol’s native token INJ started trading towards the end of October 2020 at about $1, and has already increased by 1,500% to reach $16. With a market cap just 1.4% of Uniswap’s, INJ appears to have the potential to go much higher.

In addition to Binance, the project has also received strategic investment from Pantera Capital, Hashed and Mark Cuban, and the team brings together previous experience from Amazon, Two Sigma and the World Trade Organization.

Although INJ was launched with a tentative inflation rate of 7% which reduces to 2% over time, INJ being locked up for staking and collateral effectively decreases the circulating supply, while the use of exchange fees to buy back and burn INJ could ultimately lead to a shrinking supply. With this in mind, the INJ demand for staking, governance, paying DEX fees and collateralising derivatives contracts could make INJ a good investment in the long-term.

There are, of course, plenty of other DEXs on the market you could invest in instead. These include the likes of Uniswap, SushiSwap and fellow BSC projects PancakeSwap and JulSwap. 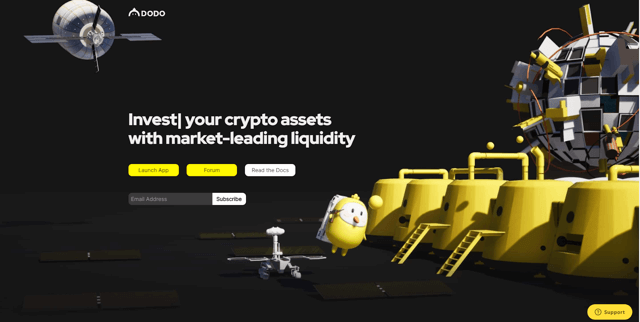 Founded by Diane Dai, Radar Bear and an anonymous development team, Dodo launched in August 2020 with the aim of revolutionising on-chain liquidity. The project is a DEX built on Ethereum and Binance Smart Chain which employs a unique proactive market maker (PMM) model.

Why should I invest in Dodo?

The price of DODO has already increased by 6,250% since it began trading for around $0.06 at the end of September 2020. The market cap of the project is still just $420 million and its current price is less than half of its all-time high.

Dodo initially raised $600,000 in a seed round led by Framework Ventures before going on to raise another $5 million in a private sale round which included the participation of industry heavyweights such as Binance Labs, Coinbase Ventures, Galaxy Digital and Alameda Research. A successful audit of Dodo’s smart contracts by PeckShield would appear to further strengthen the project’s fundamentals.

DODO has a maximum supply of 1 billion which will be reached in 2025 and 60% of this is allocated to community incentives. Demand for DODO is driven by its utility for governance, receiving staking rewards and trading fee rebates, participating in Crowdpooling and IDOs, and minting vDODO tokens which entitle holders to additional membership rewards and dividends from trading fees. If the project continues to develop and attract more users to the platform, the value of DODO could rise in the future.

Although Dodo’s PMM pricing model is unique, there are lots of AMM DEXs available to invest in, like Uniswap and PancakeSwap.

EMAX has seen its price rise by almost 11,000% in the last 24 hours, according to CoinMarketCap What is EthereumMax?…

Where to buy Automata: ATA rallies by 111%

Automata is a privacy-focused middleware application created by Zilliqa veterans Automata (ATA) is up by more than 100% today, with…