Breaking news
Top 5 Cryptocurrencies of the Week -(Week 38)Coinbase早期投资者获2000倍投资回报，NBP会是下一个奇迹吗？Early investors of Coinbase received a return of 2000 times…Ethereum ETFs: Canada Approves Three Ahead Of EIP1559How To Use Ledger Plus MetaMask – Guide To The…A brief history of Dogecoin and other Meme coins 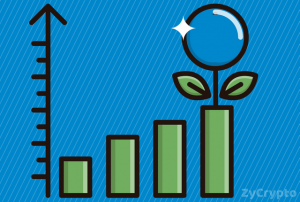 As 2018 closed with intense bearish trends, traders are treading carefully and handpicking what coin/token will birth decent profits. To help simplify this tedious process, we made a breakdown of some of the most promising cryptocurrency tokens/coins that are most likely to birth highly attractive profits for both traders and investors in 2019.

BNB is the token that can be termed “lucky” with strong backing from the world’s leading cryptocurrency exchange Binance, BNB is definitely here to stay. A look at BNB’s all-time data shows the mind-blowing step by step growth process from less than a dollar to its current trading price of $6.54. With Binance standing firmly behind Bnb, adaptability is guaranteed for BNB traders.

Top cryptocurrency traders like Ran Neuner know better than to doubt the potential of XRP whose stability in trading volume has resulted in making it the world’s second largest cryptocurrency both presently and on several other occasions. Despite XRP not having a trading price of up to one dollar, traders have revealed time and time again that XRP is the next best token that guarantees security in trading, following BTC.

Currently seated at a trading price of $30.98 at press time, Litecoin is by far one of the most reliable cryptocurrencies in terms of trading volume and price stability. LTC has only been around for a few years but has managed to pull through the bearish tides. As far as stability is concerned, think Litecoin.

The Tron network has morphed into one of the most user-friendly platforms. Not only has this attracted more developers to the Tron network, but this progress has also greatly affected the network’s native token (TRX). It became evident that more traders were interested in TRX when TRX surpassed Ether’s transaction record of 1,349,890  with a total daily transaction record of 1,367,488.

After more than five years of its inception, Dash is firmly standing tall with diehard traders from as far back as 2014. Hodlers of Dash have made it through some of the harshest market trends to get to this point. And seeing the slow and steady pace with which Dash has built its price volume, from as little as $1 to $1000, its current price of $71 is not deterring new traders from trading Dash on a daily basis.

New cryptocurrency traders and investors may have been introduced to BTC in 2018, undoubtedly one of BTC’s toughest year. However, long term traders have remained on their toes seeing the massive investment rate from institutional investors. Although the big bull is currently struggling at a trading price of $3600, traders are still betting big on it. Even top cryptocurrency founders like Charlie Lee of Litecoin had previously advised traders to own at least 1 BTC before purchasing any other “shitcoin”, Litecoin inclusive.

From $2.47 on the day it went live, XMR fell back to $0.7 mark for almost a year before climbing back up to $1 in May 2016. With a slow and steady price movement that has now landed it on $45, it is no wonder that XMR is a top choice for altcoin traders.

The result of the 2018 BCH November hard fork BSV has been trading rather impressively since it went live just a month ago. BSV began with a trading price of $84.41 and hit an all-time high of $134.59 shortly after. Unlike most tokens that usually begin with impressive trading price and significantly goes down the drain, BSV has managed to defy the odds showing strong resistance throughout the bearish trends and despite the slight decline in trading volume, BSV is impressively maintaining a trading price on the $70 mark as of this writing.

While ZEC has experienced a major decline in value, traders are still very much certain that the days of $600 and $700 is still very possible to achieve. Seeing that ZEC has been around since 2016 and has refused to show any sign of a fallback, traders have still not called the bottom for this token as it remains one of the most valuable with a flexible tradability rate.

MKR is unarguably one of the most valuable tokens with a very promising future that is evident in its data from 2017. Stability is the word that classifies this token as it has skyrocketed in daily gains on multiple occasions. This growth is not likely to cease anytime soon as more and more traders are pouring in to double up its already rich price of $459.

Disclaimer: The views expressed in the article are wholly those of the author and do not represent those of, nor should they be attributed to, ZyCrypto. This article is not meant to give financial advice. Please carry out your own research before investing in any of the various cryptocurrencies available.

The post Top 10 Best Cryptocurrencies To Invest In 2019 appeared first on ZyCrypto.

The crypto market may have gone through a rather volatile period over the last few months, but things get thicker…