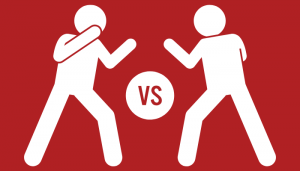 In an interview with Yahoo Finance, Stellar Lumens co-founder and CTO Jed McCaleb called out much of the cryptocurrency space for being inferior products. McCaleb singled out Tron as one of these “garbage” projects and it caused quite a stir.

“Ninety percent of these projects are B.S. I’m looking forward to that changing. Things like Tron, it’s just garbage. But people dump tons of money into it, these things that just do not technically work. In a lot of cases, it just needs to be some sort of digital payment and you might as well use Stellar or bitcoin.”

He also admitted that Stellar Lumens has done a bad job in regards to marketing and that most people don’t really know what XLM does. McCaleb disparaged the trend of making a payment system for everything on a blockchain and added that most of the platforms out there don’t even work.

Never one to be under the radar, Tron’s outspoken founder Justin Sun fired back at McCaleb.

“We don’t think @StellarLumens is our competitor at all since they have extremely low transaction volume, centralized&non-democratic system and 0 Dapps. #TRON will take their place within 2019 anyway. #TRX $TRX #XLM”

Sun went on to claim that TRX would be passing XLM in market capitalization soon anyway on its way to his 2019 goal of being a top 4 coin. He also took another sharp jab at McCaleb in a follow-up tweet that poked fun at his previously failed businesses and claimed “Stellar will fail” too.

Tron has had a much louder and In your face marketing approach than Stellar Lumens, and the push is led by its CEO and a strong community presence on social media. Many seem to attach aggressive marketing in the crypto world to bad or unrealistic projects.

And since the market is driven basically all on speculation, the division and sniping likely won’t end anytime soon. The cryptocurrency space is filled with bad products and even scams but attacks and vitriol between legitimate projects seem to be very prominent as well and discourse like this won’t help.