A monetary system can be a fantastic thing for advancing society. It allows for free-trade and enterprise. More importantly, having a financial system that rewards success can create competition between industries; encouraging technological advancements and innovation at a rate the world has never experienced before.

There is, however, a cancer at the very source of our modern financial model that continues to go untreated—the issue of economic inequality.

The unfair distribution of wealth has led to extreme poverty for billions of people. Around 2,000 individuals hold the elite status of ‘Billionaire’, while 80% of the entire human population survive on less than ten dollars per day.

Worse still, almost half a billion people struggle to feed and clothe their families on a fraction of that: A mere ten dollars per week. These figures cannot be ignored any longer.

If the financial paradigm is to shift towards one that provides opportunity and income for everybody, we must all engage and participate in the solution.

GoodDollar has the potential to remove several problems in our global economy while maintaining the overall structure and stability. 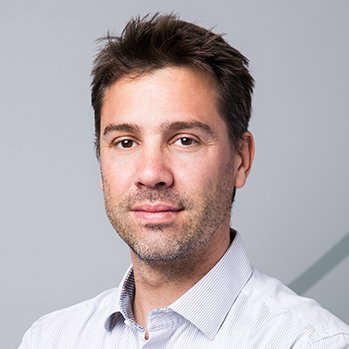 In 2008, the co-founder and CEO of eToro, , penned his thoughts on a new digital currency in an article entitled, The Visible Hand. The concept would focus on creating a more transparent economy – where interest rates are equalised for all individuals, and institutions of culture and learning would have far more intrinsic value than that of large corporations.

Such a project may have seemed ideologically optimistic, but since the success of Bitcoin and decentralised blockchain technology, creating a transparent global economic system that establishes financial balance is well within our grasp.

Yoni spoke briefly on his 2008 article at the start of our interview, saying, “The original concept has significantly evolved since then. As we witness the economic fallout from the coronavirus pandemic, my belief is strengthened that basic income is the most sensible way forward to deal with the challenges of the coming decades”.

What is a Universal Basic Income, and why is it important?

For those who do not fully understand what a universal basic income is, and how it could benefit billions of people, I asked Yoni to begin our conversation by offering a little clarity.

He said, “The fundamental principle of universal basic income is providing an unconditional, regularly recurring cash payment on an individual basis, regardless of a person’s employment status or social standing”.

While it may be a bit of a challenge to get larger corporations on board with this plan, it is possible.

If enough people around the world become involved with GoodDollar, the participation of large financial institutions will be inevitable. Yoni also spoke of why this project is so personal to him, stating, “The issue of wealth inequality has been at the forefront of my mind for most of my adult life. It is a critical economic challenge of our time. I’ve long felt a solution is conceivable when all the elements are aligned”.

How far has the project come in terms of development and implementation?

There is no doubt of Yoni Assia’s commitment to GoodDollar, as the project was given a $1 million kickstart in funding by eToro when it began. It has since received more financial support from both eToro and other interested parties. The key to success for the GoodDollar, however, is the participation of everyday people.

“After approximately 18 months of work, the team has now launched a simple application that enables anyone to create an account and begin to claim a daily amount of basic income”.

Yoni also stated that “the team at GoodDollar has made progress in advancing what was a concept to deliver a decentralised basic income, into a working product and economic model to provide sustainable, basic income on a global scale”.

There are many people today, concerned that automation will replace humans in the workplace. In fact, it is speculated that a massive 800 million jobs will be made redundant by automated systems by the year 2030.

However, Industry 4.0 aims to eliminate the mundane tasks, freeing people to pursue more productive lines of work that would greatly benefit the progress and success of the companies they work for.

UBI would provide “a basic level of financial security and safety so that workers aren’t paralysed by unfulfilling, menial wage jobs without the freedom to pursue better opportunities, such as course-work or an apprenticeship”.

Yoni Assia added to this, stating, “I don’t believe that a robot tax will prevent employers from automating away human jobs. Automation and innovation will always push industries forward, and the relationship between human workers and technology will continue to adapt. The more substantive question is, who does this advancement benefit, who is left behind, and what is the quality of life for those workers?”

By balancing the dynamic between employers and workers, people would be afforded much more freedom and mobility to improve on skillsets, and operate in better quality work environments. “This is exactly the trend that we see in industries with highly-skilled workers, such as technology, today”.

What is needed for GoodDollar to achieve success?

GoodDollar focusses on bringing financial equality using blockchain technology; elevating people out of poverty and providing new economic opportunities. “One of the challenges of working in the blockchain space is that there has been a lot of hype about blockchain enabling financial inclusion, but very few proof points of it working”, Yoni said.

“For us to succeed, we need to overcome the user-experience chasm of using blockchains, and develop products that are as easy to use as any payment app like Venmo or PayPal”.

Our industries are still learning how to fully utilise blockchain technology to “deliver useful products to the market”, yet GoodDollar is leaping further by using blockchain to place financial freedom back into the hands of the people.

The GoodDollar app has already received an unprecedented level of interest and support. The next target for the team will focus heavily on “market education” to improve the public’s understanding of crypto-assets, and the opportunities that they represent. “Our belief is that through widely distributing GoodDollars, according to the principles of basic income, they will be held by millions of users”.

GoodDollar.org is a non-profit founded in 2018 with the vision to create a distributed, global basic income freely to people. GoodDollar launched its basic income coin (G$) in September 2020; in the 6 weeks since launch, GoodDollar has seen nearly 50,000 people sign-up and create wallets from over 160 countries, and see approximately 20,000 daily active users that are claiming a daily basic income in G$.

My mission in life has been to make capital markets accessible to more people so that they can improve their wealth and standing.

With GoodDollar, we are targeting this mission to the populations that have traditionally been the most excluded from these systems

The post The GoodDollar Experiment appeared first on Coin Journal.

Tokyo-based internet and communication giant company, LINE launched a wallet and blockchain development platform for its users yesterday LINE is…