Tesla has been one of the best-performing stocks throughout 2020. The price action is comparable to the cryptocurrency market after the TSLA price jumped from $35 (after 5-to-1 split) to a high of $500, a 1,300% price boost in practically one year.

Tesla has recently announced a five-for-one split of its TSLA stock to make its ownership more accessible to retail investors and employees. Right after August 31, when the split happened, TSLA’s price had a major correction from $500 down to $329 on September 8. While the pullback was certainly noticeable, it’s important to remember that no asset can keep going up forever.

The initial bounce seems to be underway already as TSLA just closed at $372. Besides the stock split, Tesla received some bad news from the S&P 500 as it was excluded from the index. A lot of speculators thought Tesla would be added. However, it didn’t make the cut although the profits reported by the company should have made it technically eligible.

For the most part, the giant electric vehicle company has been riding the 10-SMA on the daily chart. On September 8, bulls defended a crucial support level in the form of the 50-SMA and the bounce is currently underway. 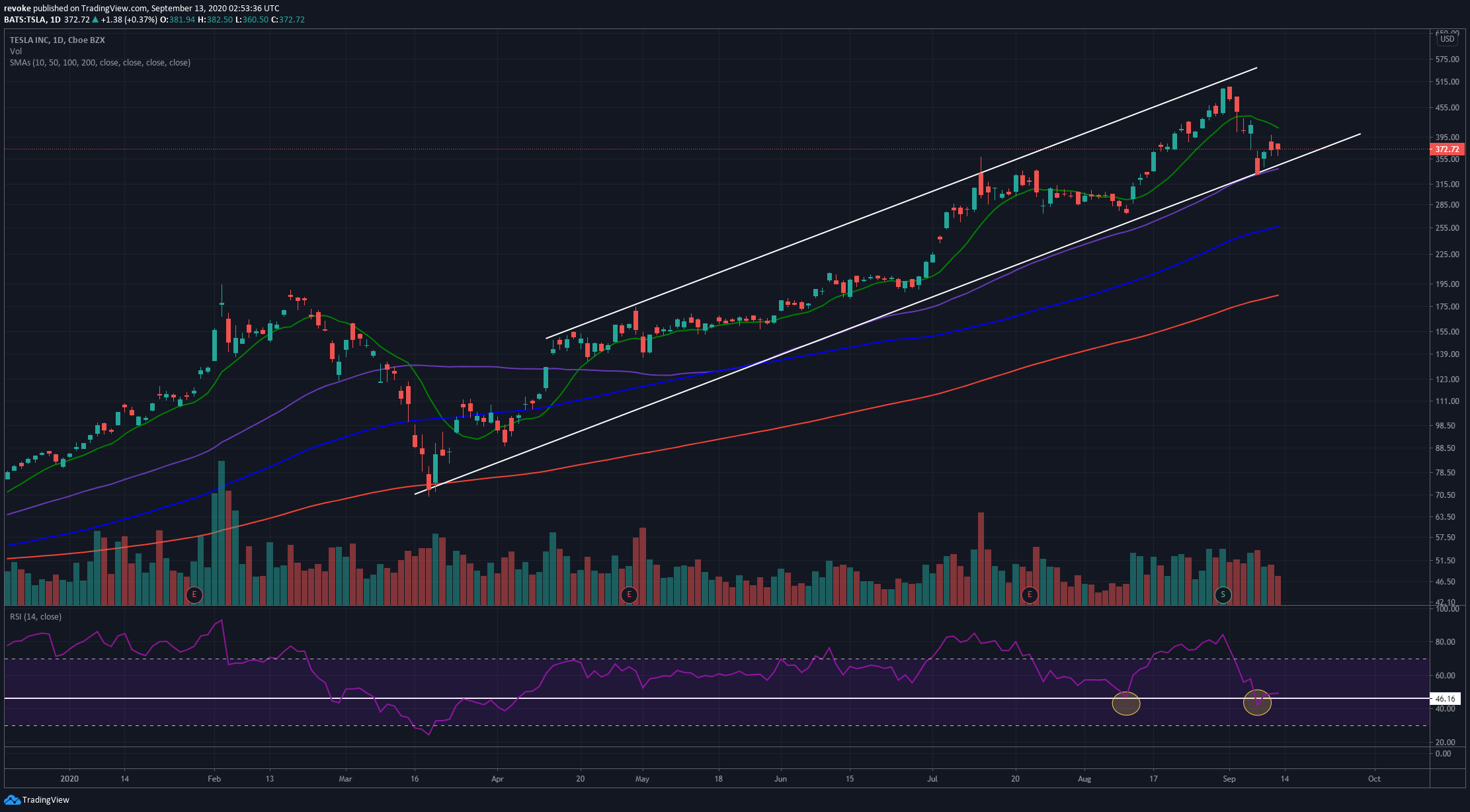 Another important indicator is the RSI which has dropped below 47 points for the first time since April 2020. The last major drop was on August 11 when the TSLA price managed to recover and hit new highs. It seems that we might have a similar situation right now after the bulls defended the 50-SMA, looking to crack the 10-SMA resistance level and $400 as the next psychological resistance.

TSLA’s price is currently moving inside a parallel channel that was used as support after the last crash. 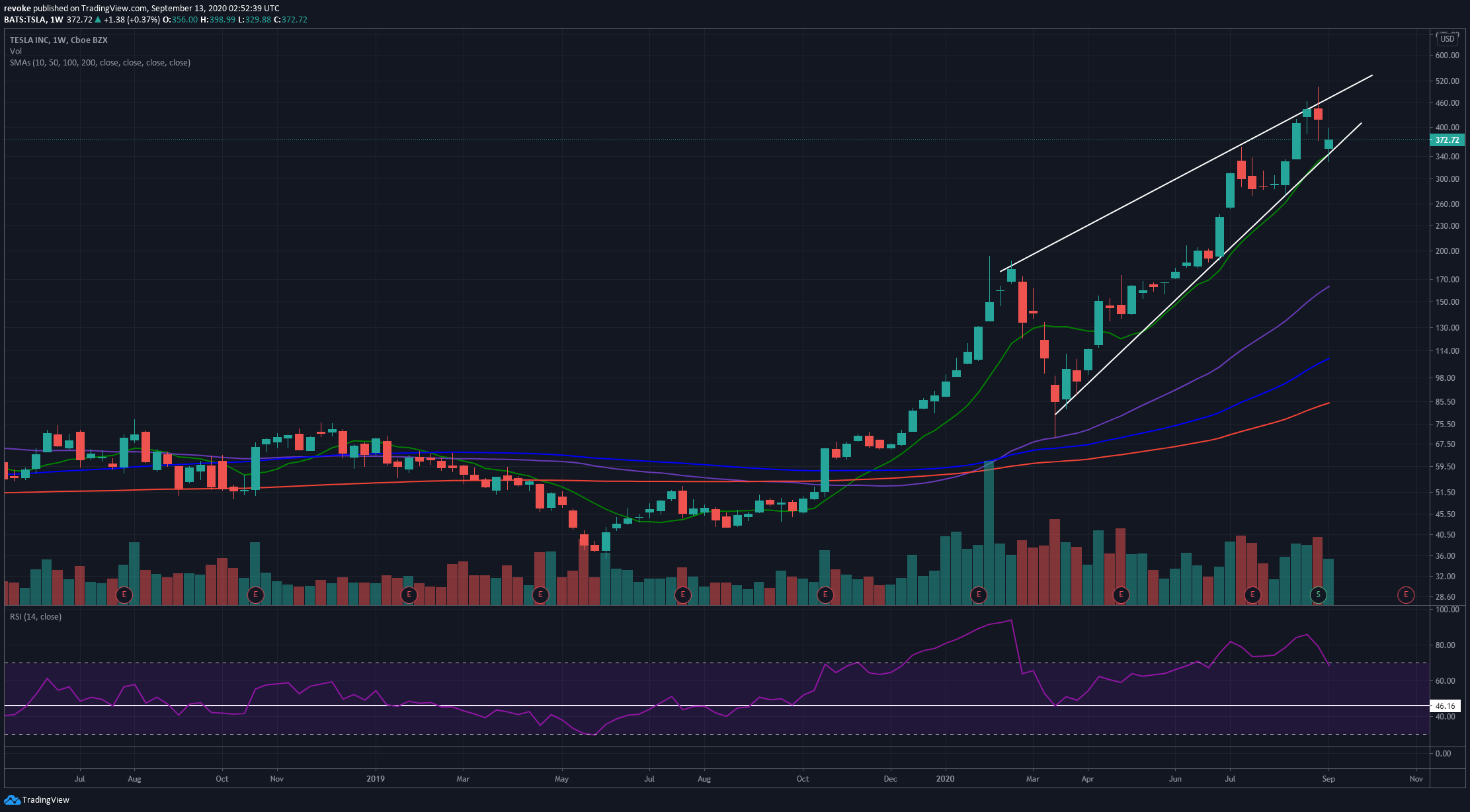 From a technical standpoint, TSLA remains bullish in the long-term as the weekly chart showcases a strong uptrend. The RSI has been overextended for months without any major effect on the price development. TSLA’s price has painted a symmetrical triangle that is on the verge of a breakout.

A bearish breakout could be devastating for TSLA as there aren’t many support levels on the way down. The first SMA is all the way down at $163 and the nearest support level is $273 after breaking the $300 psychological mark.

Julian Brigden, the co-founder of Macro Intelligence 2 Partners has stated that TSLA’s price action looks like Bitcoin’s in 2017.

While it might seem like Tesla is doing something similar, practically all assets in the market could be used and compared to make it resemble Bitcoin’s 2017 rally and subsequent crash.

In a highly anticipated moment, Bitcoin managed to hit an all-time high price ever since 2017 of USD 16,000 on…

Many projects are popping up lately in the cryptosphere. Knowing which one is going to strive and succeed is of…