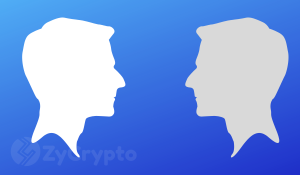 The European fintech forum coming up in Paris is an event that calls for all the participation of all the players in the global fintech industry. This event is scheduled to take place on the 29th and 30th of January 2019, giant payment processing companies like Ripple and SWIFT are expected to be there. 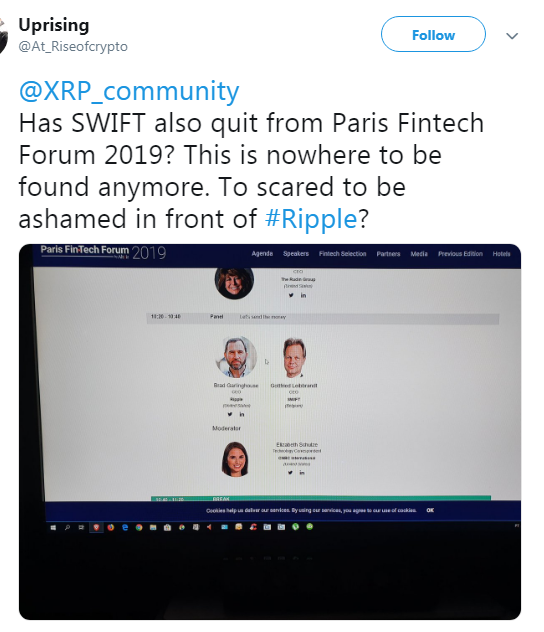 A list of those selected speakers on the event has been released including Ripple’s CEO Brad Garlinghouse and CEO of SWIFT, Gottfried Leibbrandt who were both also selected as speakers, to discuss the way forward in the fintech industry. Rumors have it that SWIFT executives are developing cold feet about participating in the upcoming event because of the unfavorable competition between the two giants.

SWIFT has been a payment processing giant controlling over 70 percent of the division’s payments until Ripple came to the scene. Ripple operations are basically via blockchain technology which offers faster and cheaper means of cross-border payment processing. This places them in a rivalry position with SWIFT which has been fighting not to lose grounds to Ripple. Rumors had it some time ago that the duo would tie the nut which unfortunately didn’t happen.

Though these two fintech companies are competitors, it was not so stiff until Ripple CEO, publicly declared during his interview with Bloomberg last year, that Ripple is not partnering with SWIFT but taking over from them.

“What we’re doing and executing on a day-by-day basis is, in fact, taking over SWIFT.”

SWIFT might have been able to compete with Ripple if they had embraced the blockchain technology on time. So many banks and payment processors on SWIFT network are now signing on with Ripple. It is natural if SWIFT executives are not ready to dine on the same table with Ripples’.

From all indications, SWIFT may be ready to feature in the upcoming fintech conference without making much noise.

The post SWIFT too Scared to Face Ripple at the Paris Fintech Forum, 2019 appeared first on ZyCrypto.

After a slow Bullish momentum yesterday, the Bears have taken over and painted the markets Red. The effect of this…