The S&P 500 closed at 3,340 after defending the 50-SMA on the daily chart. The bounce was notable, from 3,310 to 3,369 and bulls are now hoping to see a continuation move from this bounce. The last candlestick is fairly close to a bullish reversal hammer, however, bulls needed a bit more strength.

On the 4-hour chart, bears were able to set a downtrend after hitting a new lower high at 3,425 and a lower low at 3,310. The 10-SMA crossed bearishly with the 50-SMA and both will act as resistance levels in the short-term. The 100-SMA at 3,321 is now acting as a strong support level. 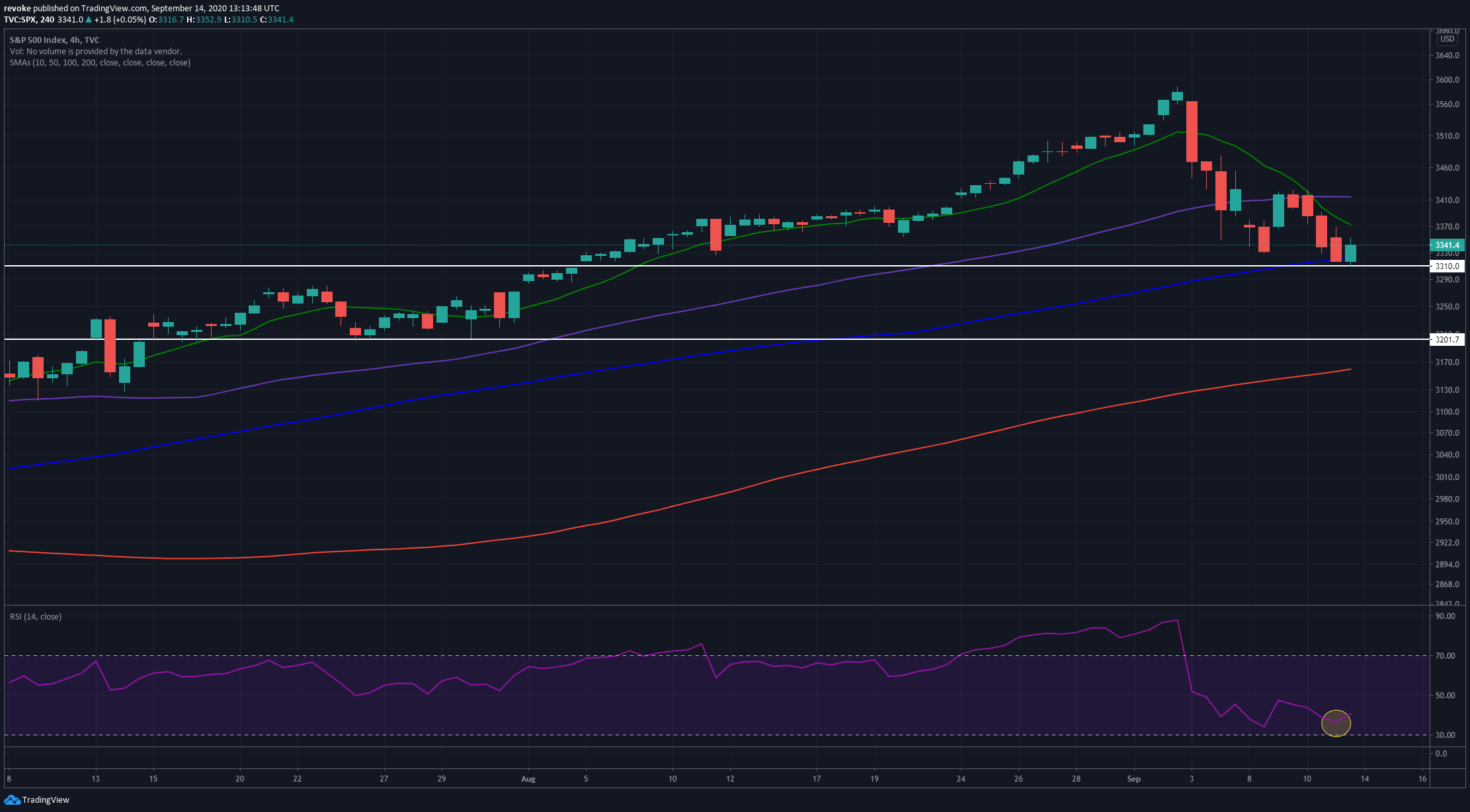 It seems that stocks are already rising this morning following the last dip. However, it’s important to note that they are all facing stiff resistance levels. The dollar bounce could be nearly over, giving stocks a chance to recover entirely. The recent Brexit negotiations are closely being monitored by traders.

The S&P 500 did close positively on Friday as 7/11 sectors of the industrial technology closed higher. The Dow Jones also soared on Friday, but the NASDAQ Composite had a slight decline.

Quick and Easy Guide to AMM or Automated Market Maker

Automated market makers are a type of decentralized exchange protocol that determines the price of a token through formulas. These…

Ethereum Price Cracks $330 With a Ton of Trading Volume

Ethereum just blasted through $330 hitting a price of $333 on Binance and slightly dropping to $328. Bitcoin price also…