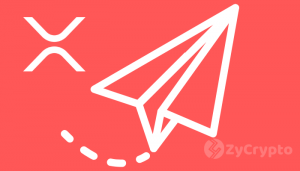 With the launch of their cryptocurrency exchange, VCTRADE nearing, Japanese Financial giant SBI has already enabled the deposits and withdrawals of BTC, XRP, and ETH. In addition, according to CEO Yoshitaka Kitao they will also support Bitcoin Cash when the platform launches.

In a statement released on their website, SBI said they were ready to roll out crypto services, and the Ripple partner expects the introduction of cryptocurrency to be widely accepted by their base of customers.

SBI has been in a relationship with Ripple since 2016 and the company is hoping to bridge the financial and blockchain industries. SBI is involved in a lot of cross border business throughout Asia and the Middle East and will use Ripple’s infrastructure to speed up transactions while simultaneously lower cost.

Investors are hoping that the system is powered in part by XRP and not just Ripple’s technology. Japan is known to be crypto friendly in cultural terms, but the country’s government is also helping adoption by not looking to a crackdown and allowing the cryptocurrency industry space to grow and regulate itself.

They first planned on launching VCTRADE back in July but were forced to push back the launch date due to the overwhelming amount of users requesting pre-registration. With such a huge interest in cryptocurrency among Japan’s citizens, it’s no surprise that SBI is confident that users will adapt to the changes blockchain will bring to the financial services sector.

The post SBI Ready to Bring XRP and Other Cryptocurrencies to 23 million Clients in March appeared first on ZyCrypto.

Many crypto enthusiasts, analysts, and experts have predicted that 2019 will be the year of crypto. However, some cryptocurrencies will…

The Chief Operating Officer of Catalyst Corporate Federal Credit Union, Brad Ganey, in his preview of the future of Ripple…