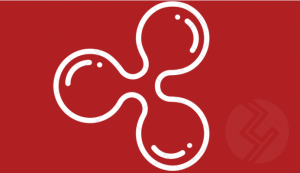 It is usually difficult for a day to pass without a piece of news about Ripple or its native token to be heard. Presently, a total of 12 companies have shown interest in using Ripple’s xRapid payment solution while some of them have already started implementing it.

Irrespective of the successes that had been recorded, cryptocurrency exchanges like Bitstamp and Bittrex have accepted to use the xRapid by Ripple to improve their payments from the US to Mexico and Philippine. These Crypto exchanges will pave way for its adoption by other exchanges in the crypto market.

Prior to the indication by this Crypto exchanges, firms like Mercury FX, Cuallix and Corporate Federal Credit Union had already adopted xRapid to enhance their cross-border payments.

Excluding these firms above, four other companies namely SendFriend, IDT, Viamericas, and SBI Virtual Currencies had confirmed that the xRapid technology will soon be implemented on their platforms when they deem it fit.

It is noted that xRapid was Officially launched in October 1, 2018 during Ripple’s Swell conference to enhance the rate at which funds are sent to anyone around the world using XRP token at a very cheap rate when compared to other modes of money transfer like Bank wire and Western Union.

Ripple’s XRP Has been maintaining stability for a while especially during the massive bear attack that happened a few weeks ago which also saw XRP overtake Ethereum to become the second largest cryptocurrency by market capitalization though On Jan 2, 2019 XRP was displaced by ethereum to the third position while ETH regained its second position in the crypto market capitalization.

The post Ripple’s xRapid is Rapidly Expanding as 12 Institutions Confirm interest in using the Technology appeared first on ZyCrypto.

Bitcoin (BTC), the number one cryptocurrency by market capitalization has recorded its lowest transaction fees in the last 3 years.…