XRP price has dropped below $0.24 today for the first time since the beginning of the bull rally on July 2020. The entire crypto market collapsed today erasing more than $40 billion in market capitalization over the past 24 hours. 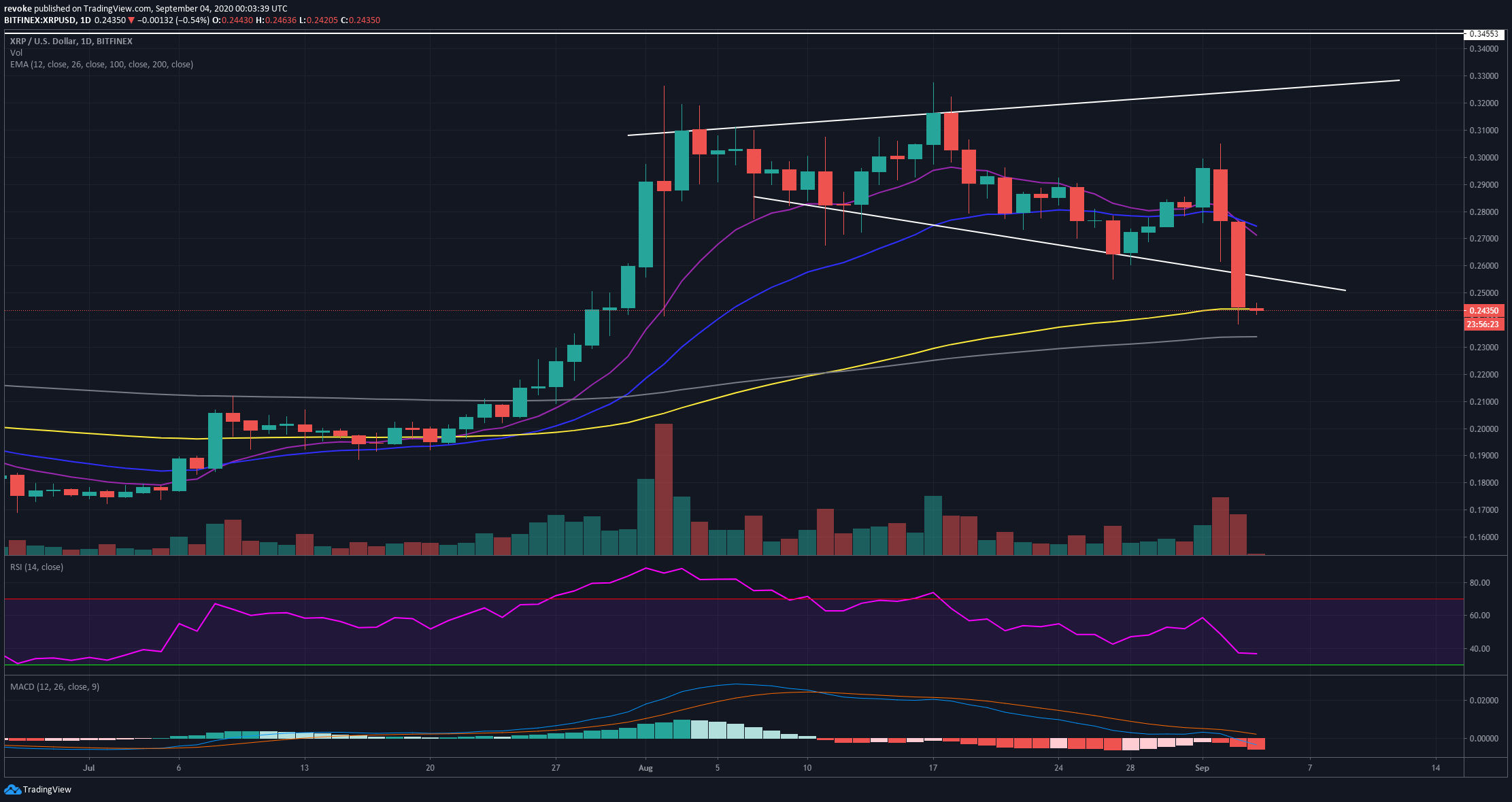 XRP was already quite weak losing the daily uptrend way before any of the other major coins. XRP is currently trading at around $0.246 trying to bounce off the daily 100-EMA at $0.2441. The daily RSI has not only cooled off but it’s almost touching the oversold zone. The MACD has been bearish since August 10 and the 12-EMA has crossed bearishly with the 26-EMA.

While the short-term looks horrible for XRP and the entire market, it’s important to zoom out and take a look at the bigger picture. The weekly chart is still in an uptrend and bulls are trying to defend the 12-EMA at $0.248 and holding the 26-EMA at $0.233 for now. 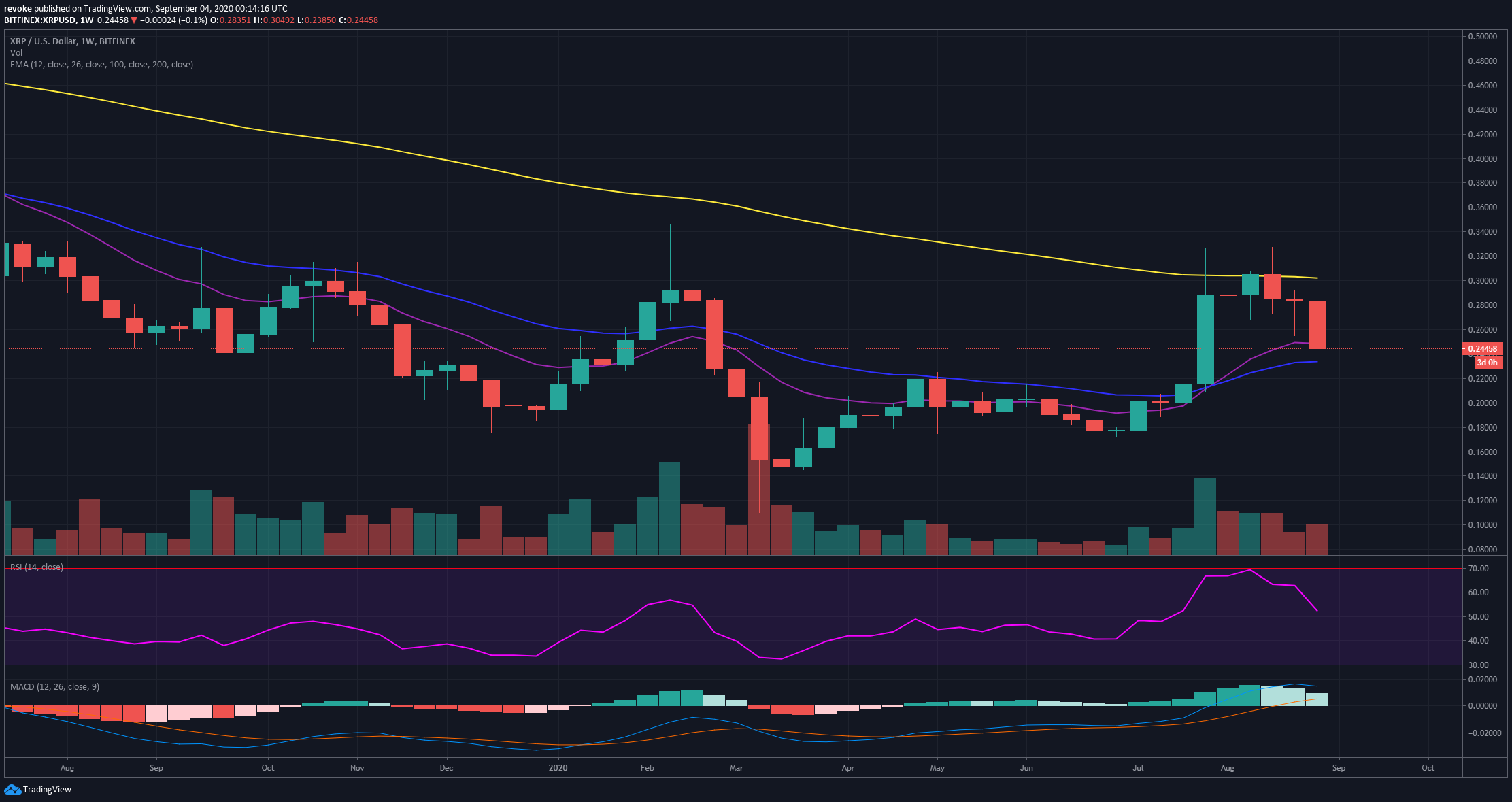 The RSI has cooled off notably and the MACD remains bullish and has been bullish since April. Bulls were unable to break above the 100-EMA at $0.30 which was a crucial resistance level to beat. Anything above $0.169 is considered a higher low and a continuation of the uptrend.

The next support target is $0.233 and of course, the psychological level at $0.20. A bounce from any of these two levels could take XRP above $0.25 again and form an equilibrium pattern in the upcoming weeks.

The best scenario for the bulls would be defending the 12-EMA and cracking $0.30 with a lot of continuation. 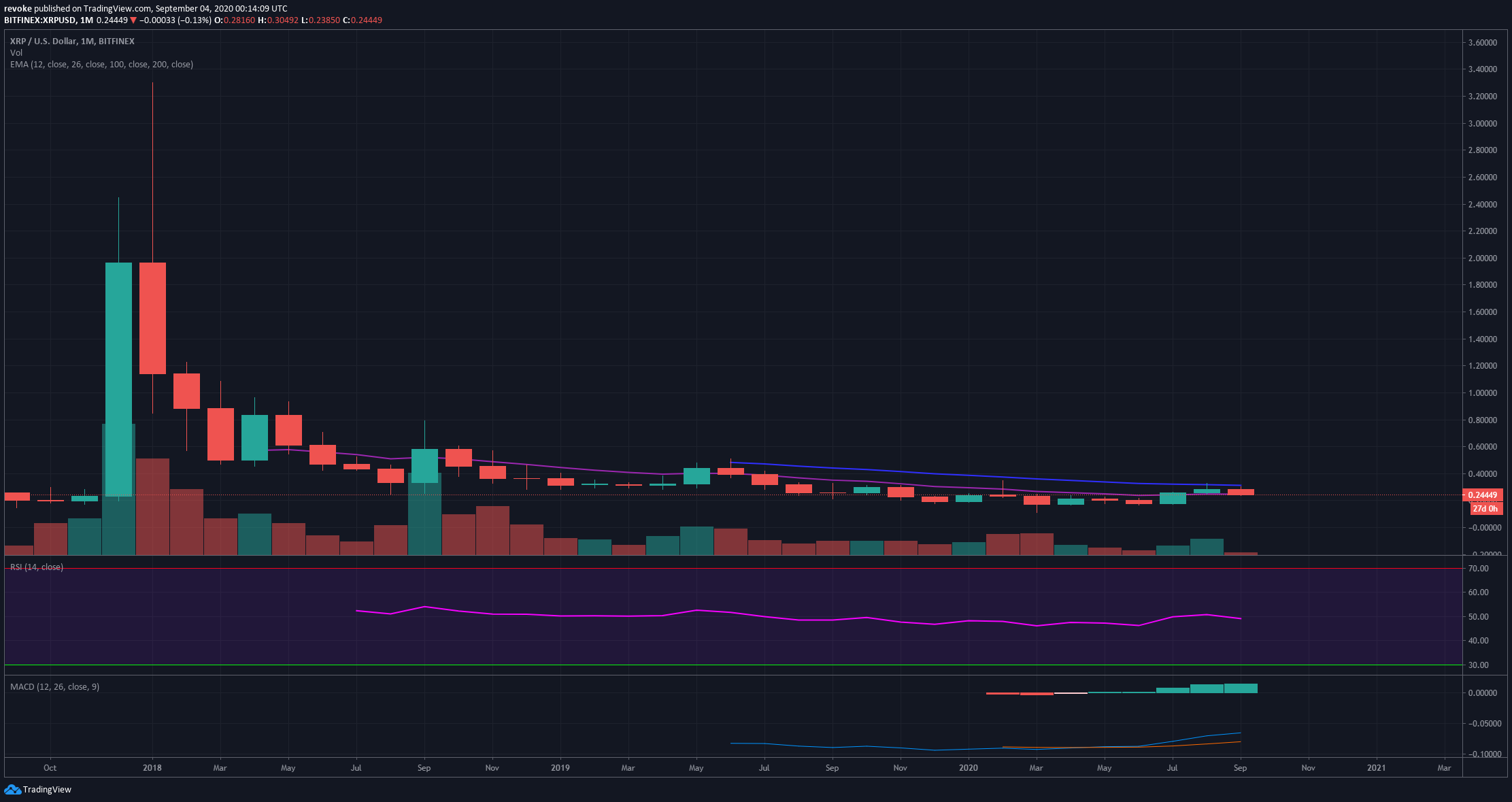 Unfortunately, the monthly chart is a bit more worrying for XRP which has remained in a downtrend since the big rally in 2017. Bulls were rejected at $0.327 from the 26-EMA and are now failing to hold the 12-EMA at $0.247. The MACD turned bullish in May while the RSI has remained even.

The last low is $0.11, the crash on March 12, and the high was $0.346 which will most likely be transferred to $0.327, the high of August. The best scenario for the bulls would be a higher low compared to $0.11 and then a breakout above $0.327 to confirm a monthly uptrend. Of course, there is another possible scenario in the form of an equilibrium pattern with a higher low but a lower high compared to $0.327.

NFTs are gaining huge popularity, especially with the recent sales of digital art worth millions of Dollars. This led to…

What are the best Monero (XMR) wallets?

Monero is one of the most popular anonymous cryptocurrencies because of its high level of security, privacy, and strong technology.…