Ripple had recently lost its second place on the top coin market cap list. Except for dignity, it doesn’t mean much.

XRP is currently trading around the $0.36 price level, and we can notice that the 200 EMA (marked in a white line) and the 55 EMA (yellow line) are curling around each other, which is likely a sign that a sharp move is about to take place soon.

Looking at the 4-hour chart 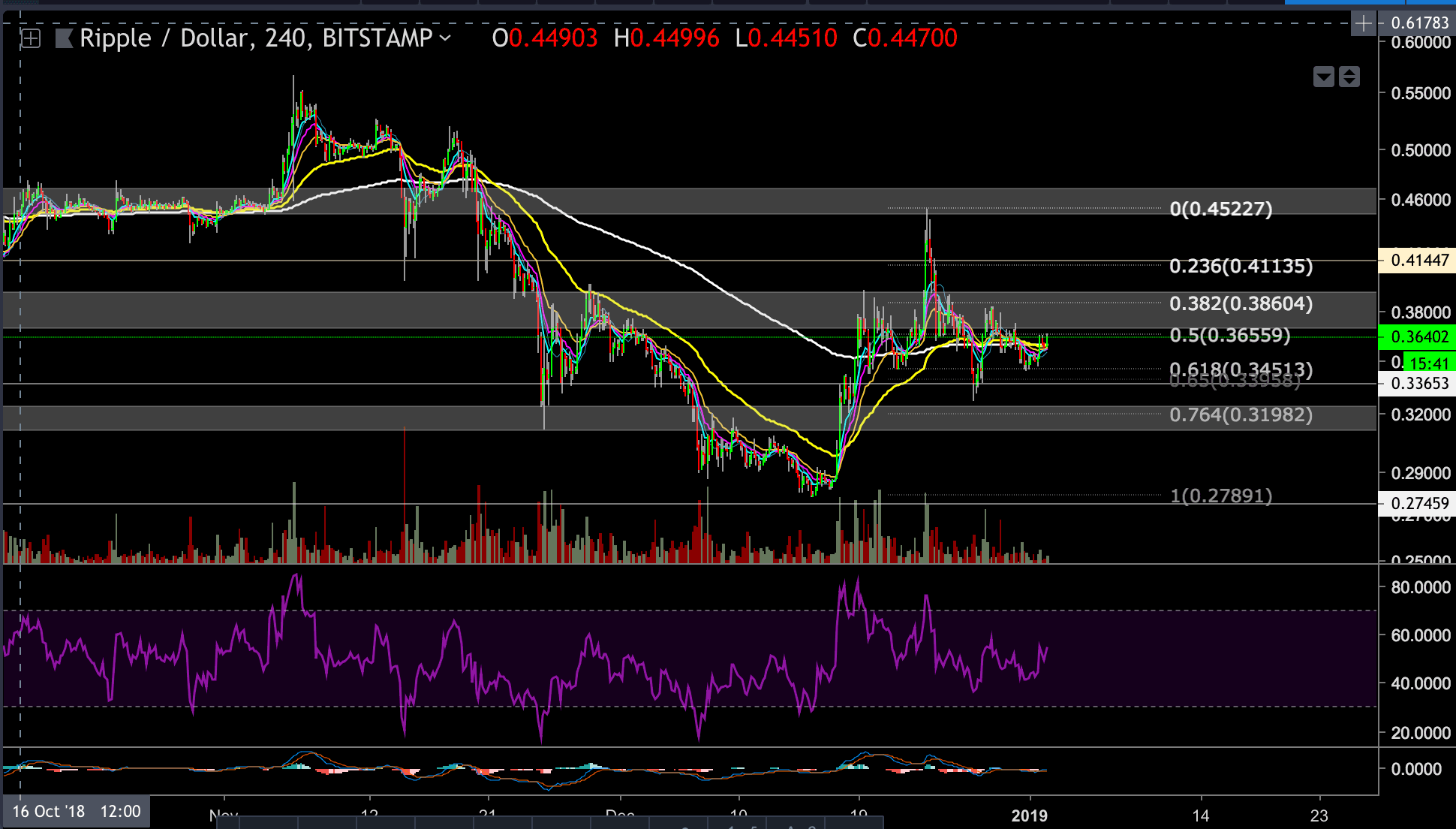 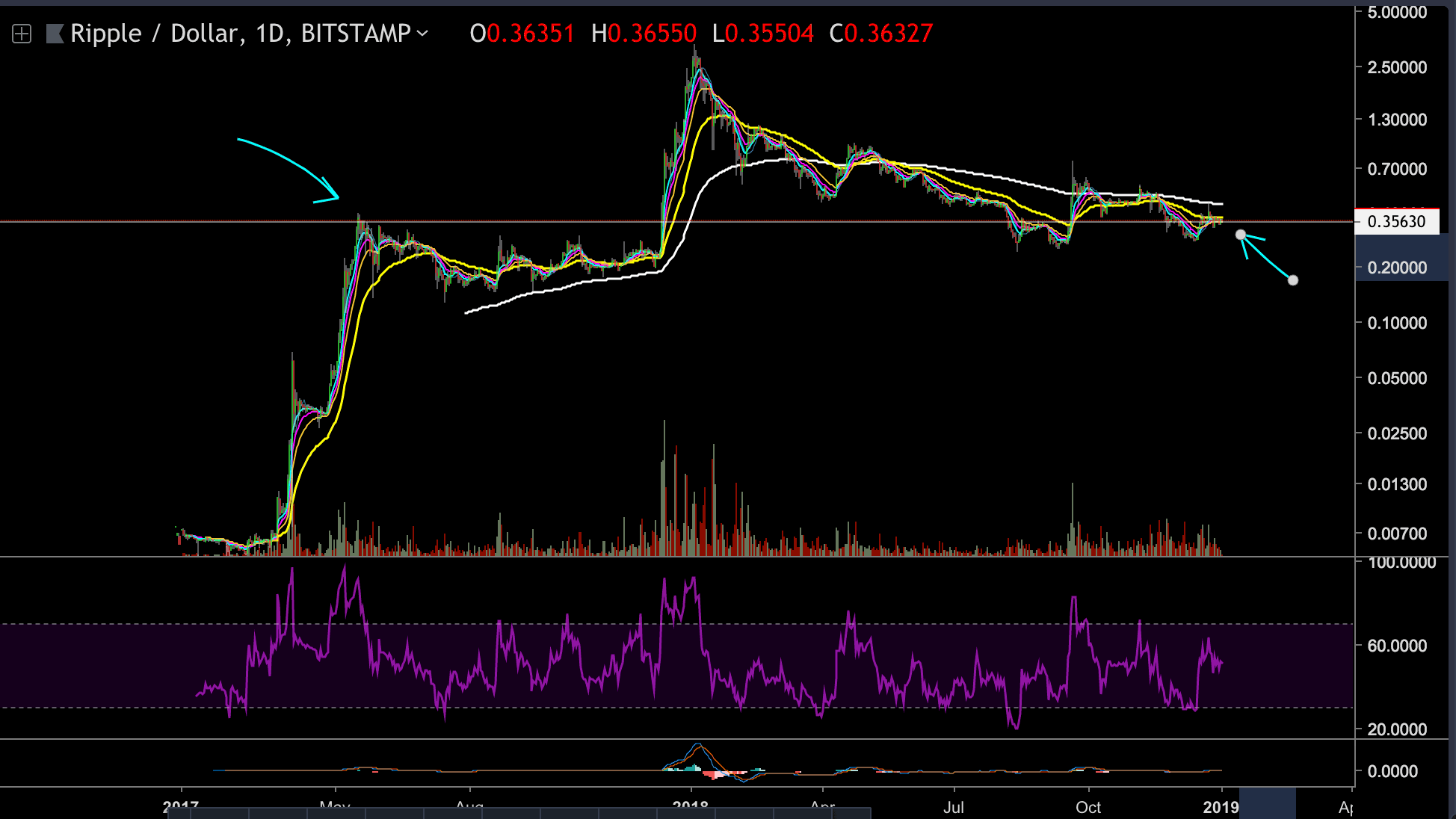 On the XRP-BTC 4 hours chart nothing much has changed, whereas XRP is trading above the 0.000093 BTC support level and the blue supporting trend-line (shown on the following chart). 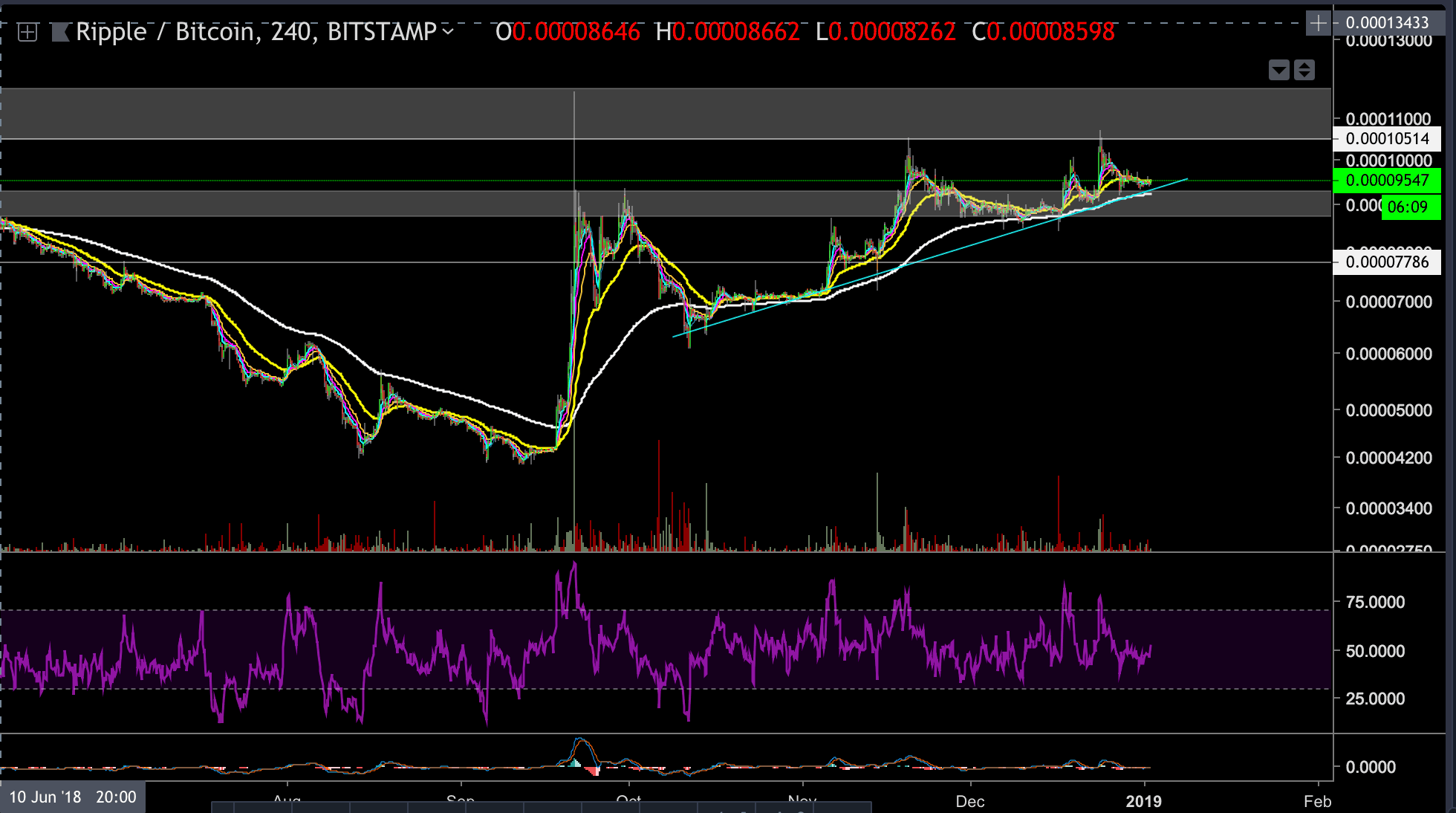 The most anticipated event in the cryptocurrency community has finally occurred as the Bitcoin network just produced block number 630,000.…