XRP, one of the weakest cryptocurrencies in the past year is seeing significant bullish action in the past 3 days. On July 6, XRP had a massive 7% price increase and climbed above the daily 12-EMA and the 26-EMA. XRP was still facing a long-term trendline that was cracked today in a decisive manner. 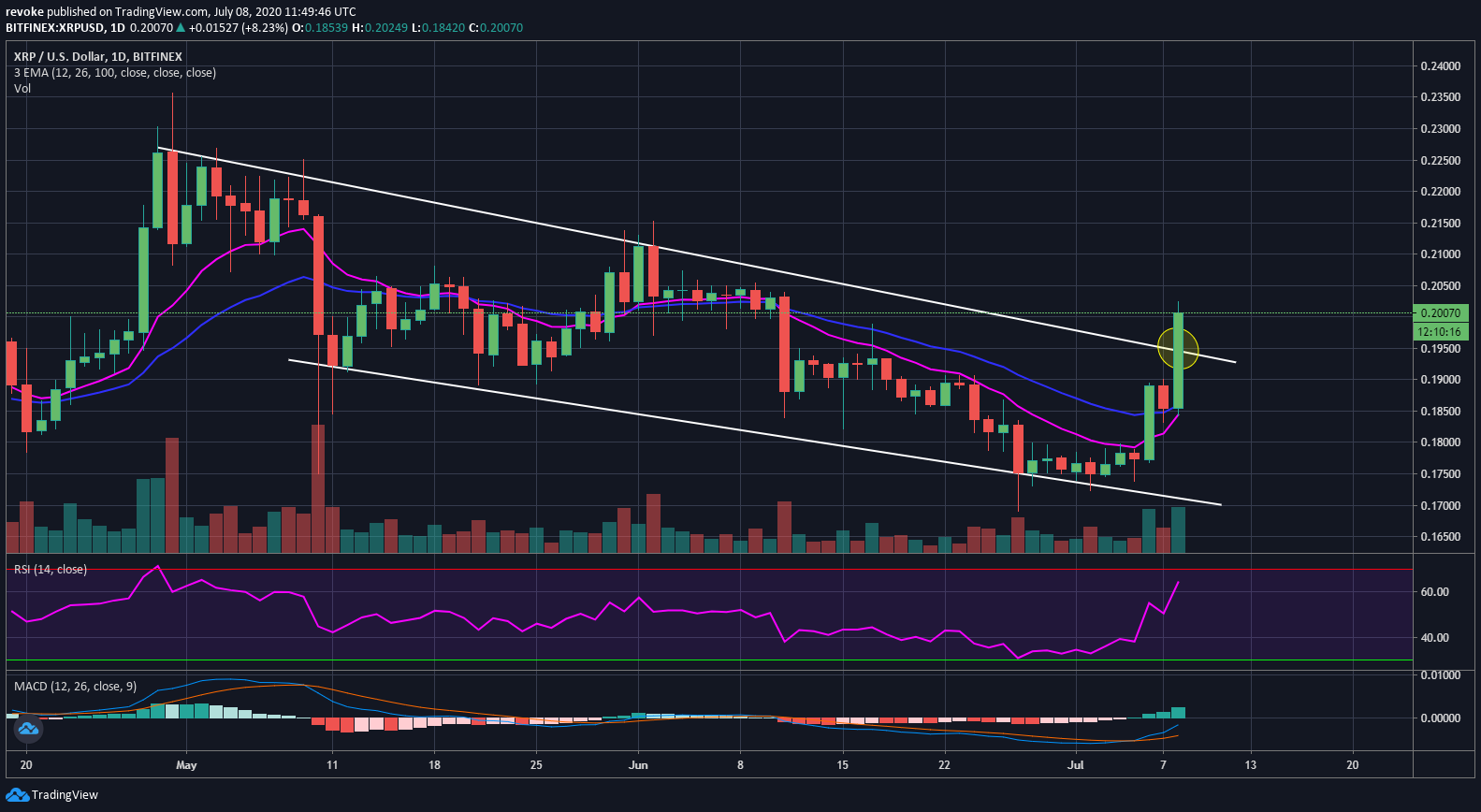 XRP is currently trading at $0.20 and it’s looking for more without a lot of resistance to the upside. The daily chart is clearly extremely bullish with the MACD showing significant bull momentum and both EMAs on the verge of a bull cross.

Although this recent move is really good news for XRP, the long-term scenario is practically the same. Bulls would need to see an extended bull rally to see a clear reversal of the long-term charts. On the daily, XRP is facing some opposition at $0.2054 and $0.215. Then we have the high of April at $0.2357 followed by $0.247, the price before the crash on March 12. 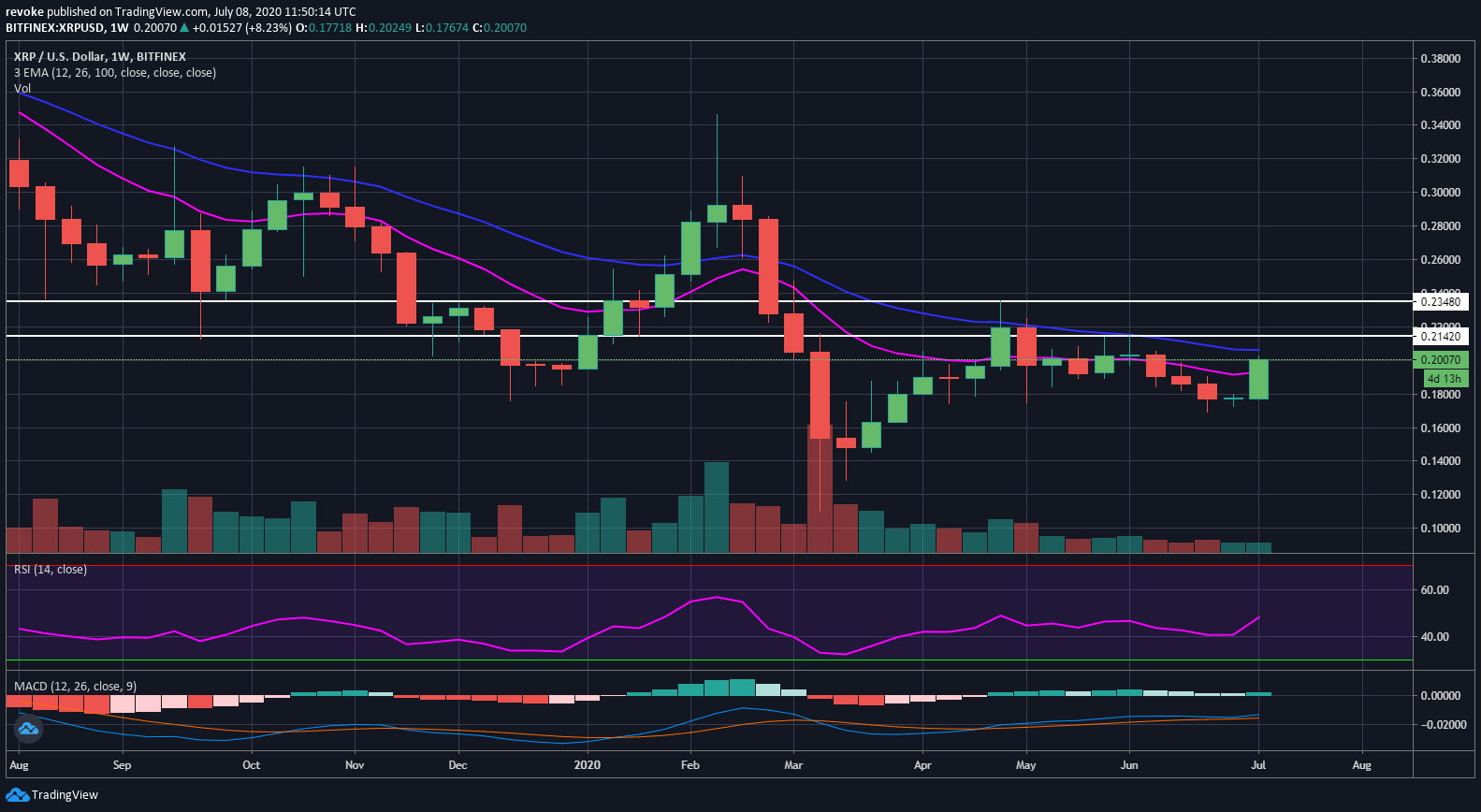 It’s also important for XRP to see increasing trading volume to confirm this recent move is not a simple pump and dump scenario. So far XRP is getting a good amount of volume but needs more. The MACD on the weekly chart has been bullish for a while but it doesn’t necessarily mean anything as long as XRP stays below the 26-EMA. 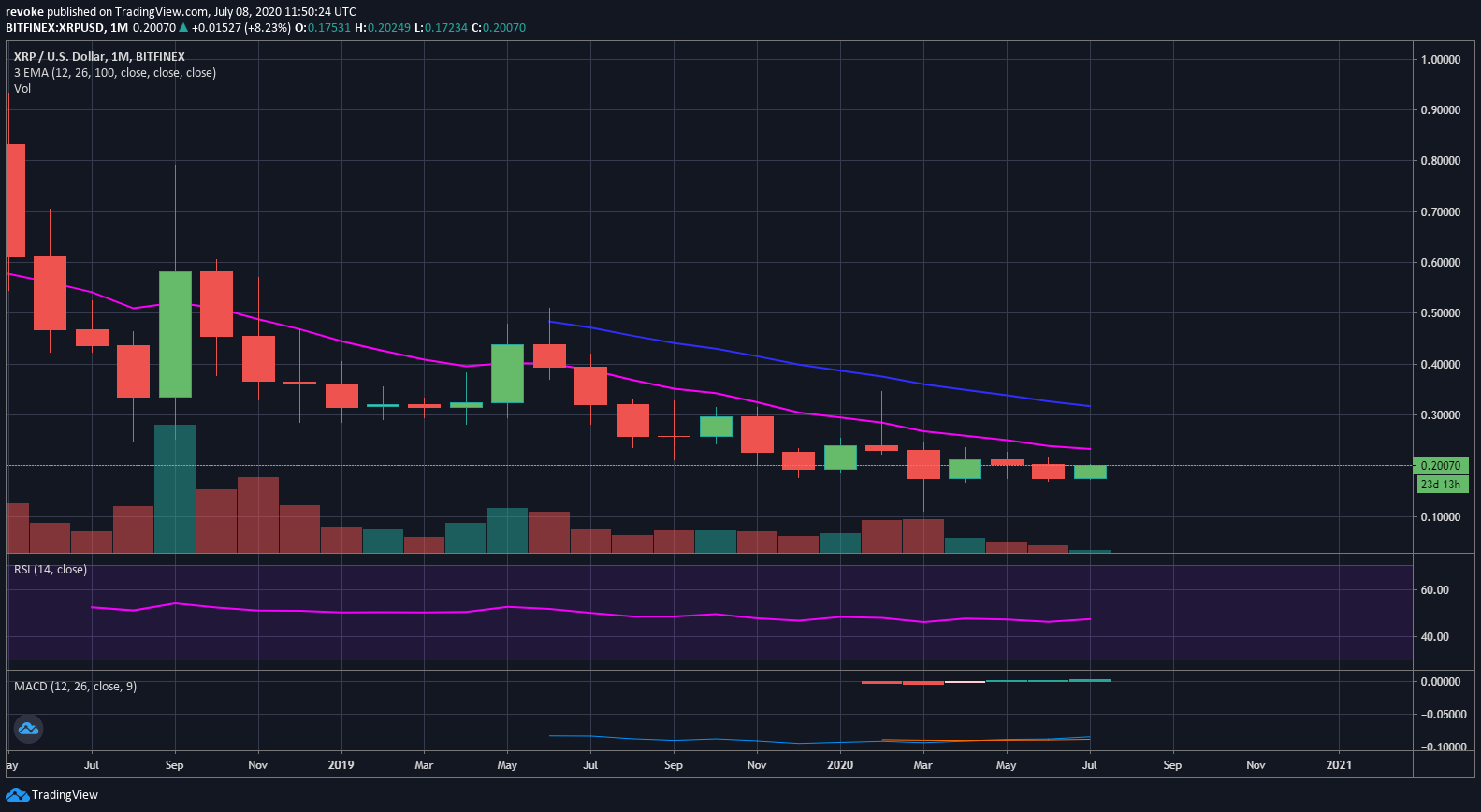 The monthly chart is definitely the worst chart for XRP. It has been in a downtrend since forever and even after the recent bull rally, XRP is still far away from the initial 12-EMA at $0.233. If bulls want to create an uptrend on the monthly chart, they would need to beat $0.346 which is obviously extremely far away. The volume is also not favorable and has been decreasing significantly for the past year.

Ripple and XRP are not the same

It’s important to understand that Ripple is not the same as XRP, the cryptocurrency. It’s true that Ripple owns most of the supply of XRP, however, XRP is clearly not benefiting too much from the recent partnerships that Ripple has been able to confirm.

In fact, during 2020, XRP’s correlation with Ripple seems to be fading away as Ripple has announced several positive updates and XRP never benefited from them.

We already talked about Bitcoin decoupling from the stock market in our last article. It seems that this correlation is…

All PayPal account holders in the U.S. can now start cryptocurrency trading using Paypal. The company has announced that it…