XRP is currently trading at $0.251 after the bulls have managed to establish a few higher lows. The price of XRP was struggling to climb above the 12-EMA for quite some time and it’s now fighting to crack the 26-EMA at $0.257.

Yesterday, XRP touched $0.258 before a slight rejection towards $0.25. The bulls are now looking for another leg up as it seems the crypto market sentiment is flipping back in favor of bulls, at least in the short-term. Bitcoin is trading at $10,950 and a clear breakout above $11,000 would benefit XRP and others eventually. 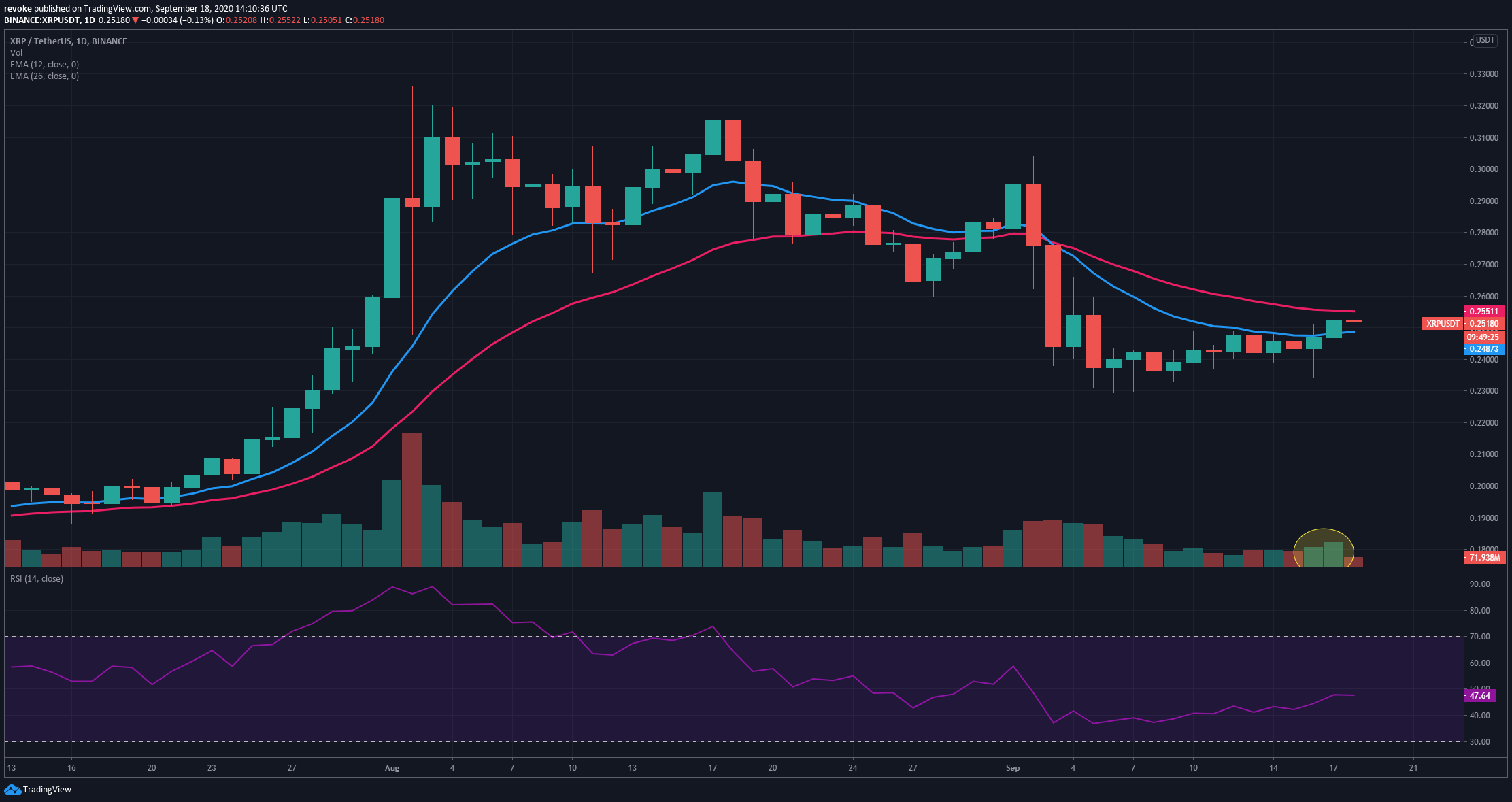 The daily chart is slowly changing in favor of the bulls, however, the downtrend is still there as buyers need to establish clear and strong higher highs to confirm an uptrend. The next most important resistance level is $0.257, the 26-EMA but XRP is also facing $0.259, the high of September 5 and of course, the $0.26 psychological level.

The RSI hasn’t moved much and trading volume was declining. It’s important to note that during September 17 and 17, the trading volume did go up slightly indicating that bulls have some strength. 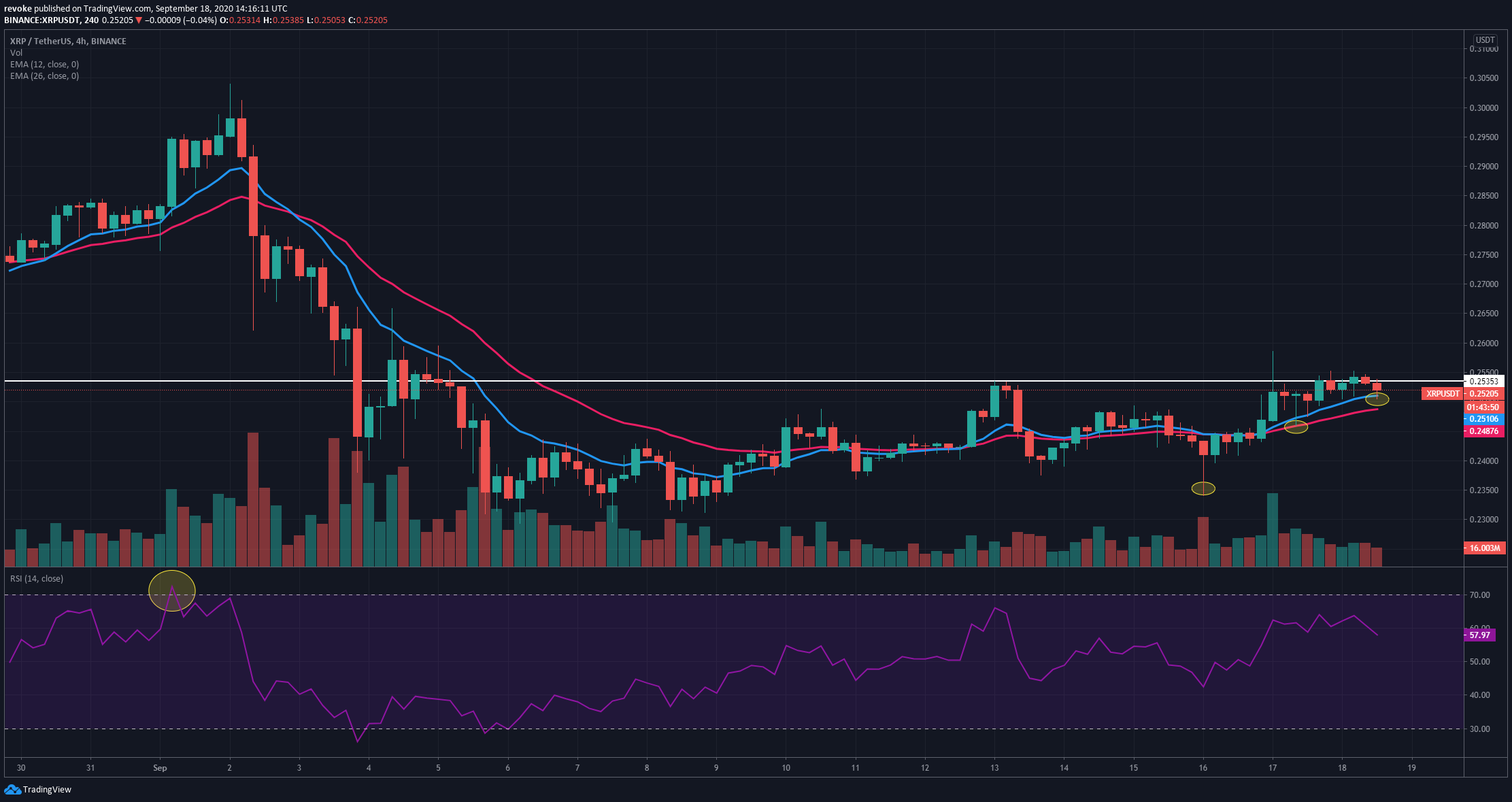 On the 4-hour chart, bulls have managed to establish a few clear higher lows but are failing to set higher highs as it seems the $0.253 resistance line is quite robust. A clear break and close above this level would confirm a 4-hour uptrend but the RSI could get overextended by then. The last time the RSI crossed 70 was on September 1 right before a tremendous 24% dump so bulls should be careful. 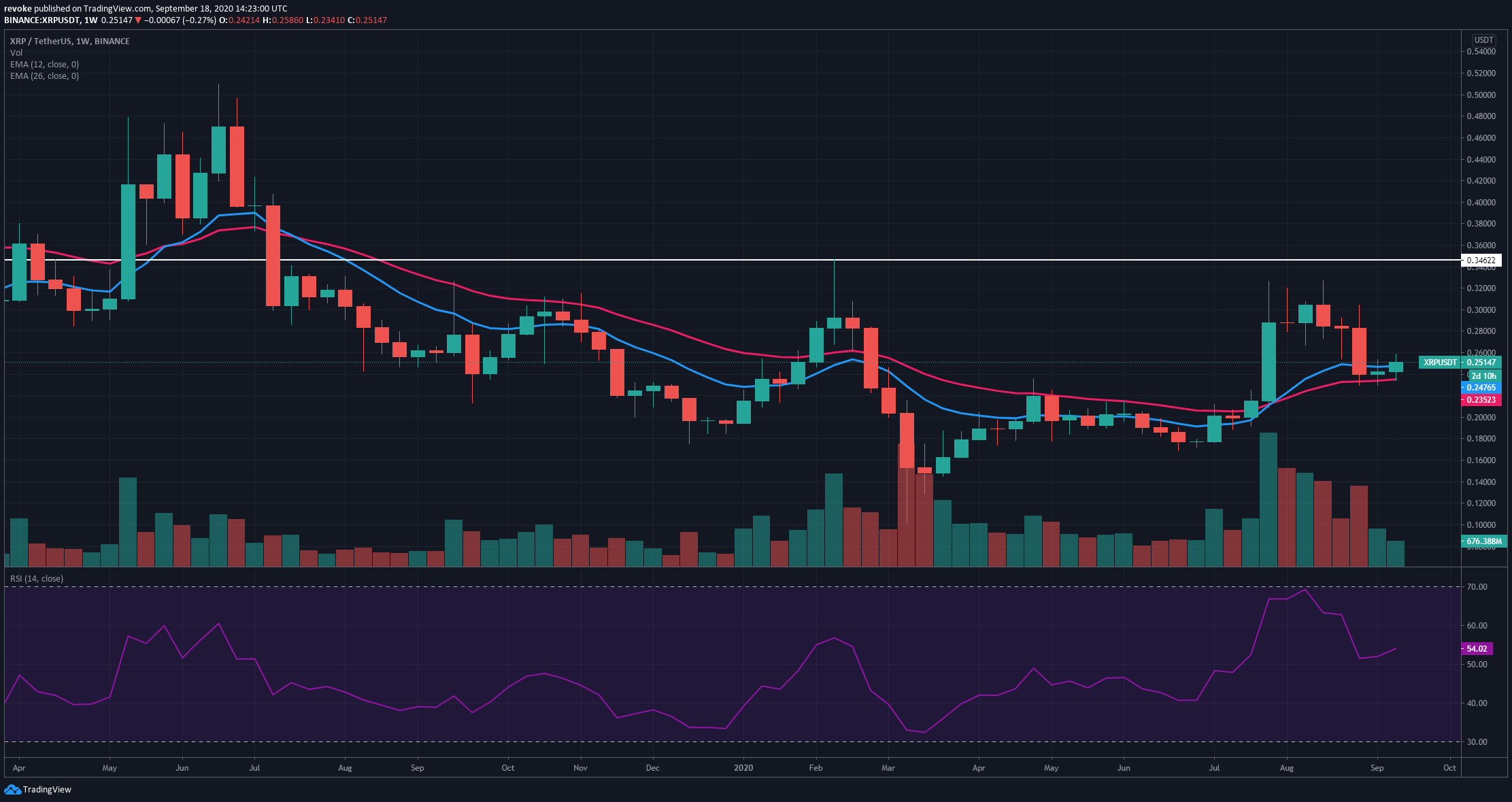 The long-term outlook for XRP price might not be as good. The weekly chart is in favor of the bulls and it’s an uptrend currently, however, XRP has failed to establish a new 2020-high. Bitcoin and Ethereum both managed to set new 2020-highs in the past month. The 12-EMA and the 26-EMA are currently acting as support and a failure to defend both levels would most likely take XPR down towards $0.169, the last low. 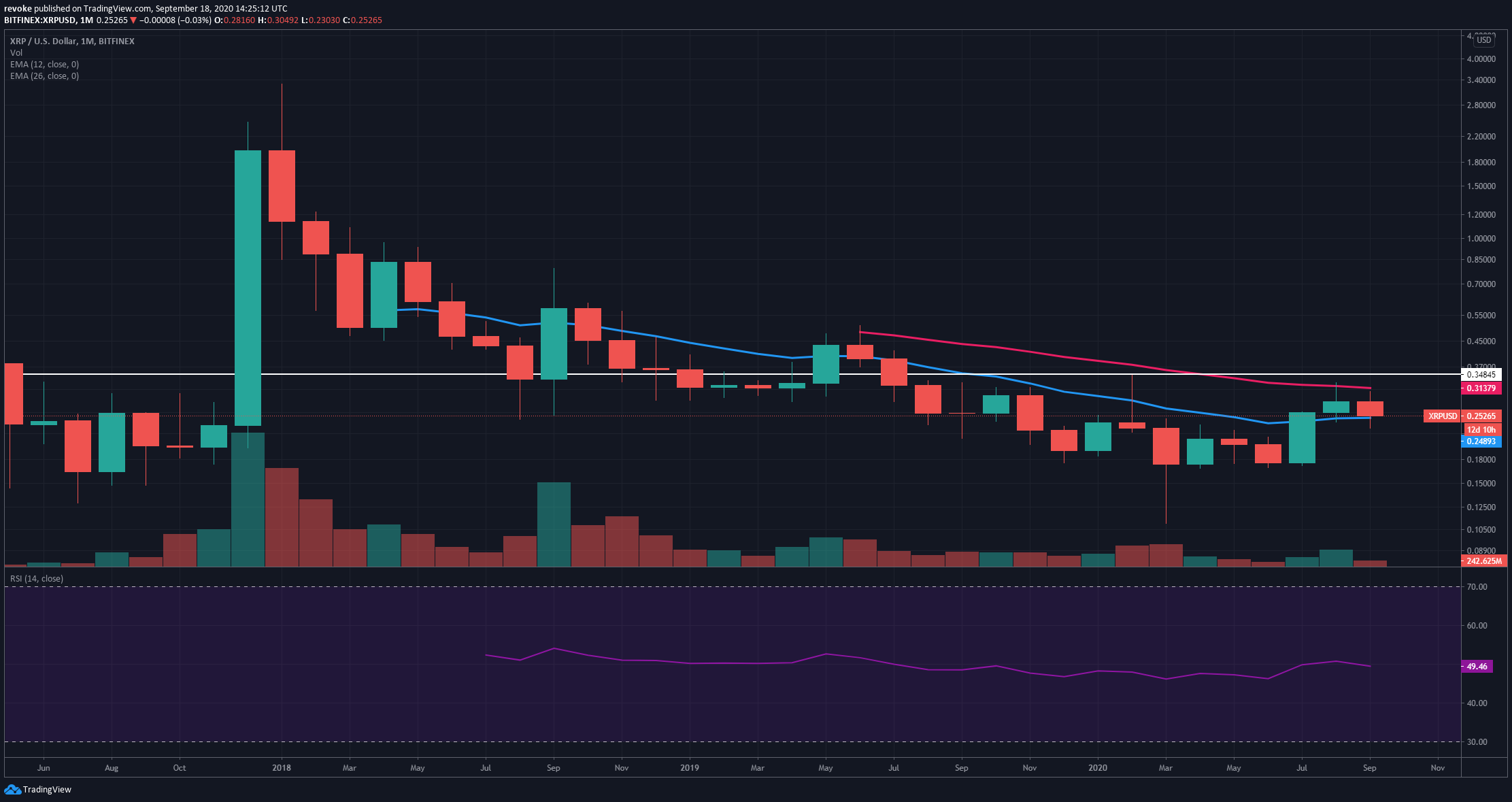 Things are looking even worse on the monthly chart as XRP bulls have failed to establish a monthly uptrend since December 2017. The current top of the downtrend is $0.346 and it seems XRP price might have established a lower high already at $0.327, however, if the bulls can create a higher low compared to $0.11 they will still have a chance to confirm an uptrend or at least an equilibrium pattern.

The 26-EMA is also acting as a strong resistance level here and the 12-EMA as the support. Trading volume increased in July and August which indicates the breakout was strong but overall, it’s still low.

Chainlink is currently trading at $11.6 after a robust rebound from a low at $7.28. The digital asset had an…