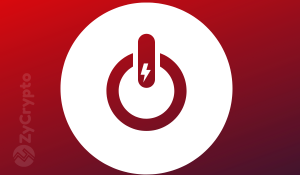 Society for the Worldwide Interbank Financial Telecommunication, SWIFT is gearing towards picking up the pace set by Ripple Inc, on cross-border payments. Its plan, to launch a global instant payment system will put them on the level to give Ripple a stiff competition or even shove them off the race line.

For quite some time, the telecom giant has been nursing its wound on losing ground to Ripple, though it has not been openly expressed, SWIFT doesn’t want to let Ripple take over the market it has operated in for decades. So the underground work has turned out in the creation of a unique instant cross-border payment system.

SWIFT offers a platform that allows financial institutions globally, to send and receive information about financial transactions in a secure environment. A greater number of interbank transaction messaging is done via the SWIFT network, which enables consumers to identify recipient bank in cross-border payment using the SWIFT identification code.

Due to a lot of issues associated with SWIFT existing network which creates a delay in payment processing, it now considers migrating to a blockchain technology that powers bitcoin. This new generation payment network will improve customers’ experience by increasing the speed and transparency in cross-border payment.

Ripple may likely lose ground from the look of things if SWIFT migrates to a better network, powered by blockchain technology, considering that SWIFT has been in the system longer than Ripple. Majority of the banks across the globe are on SWIFT network but Ripple has just about 200 firms on its network.

The post Ripple May Lose Business if SWIFT Launches its Next Generation Payment Network appeared first on ZyCrypto.

ProBit Exchange is glad to announce a new pairing to list Grimble (GMB). GMB/KRW and GMB/ETH trading pairs will be…

Jeffery Gundlach, founder, and CEO of DoubleLine Capital, has been a trusted financial forecaster for years. Gundlach is known as…