Ripple has seen a price surge against the USD over the past 24 hours which totals 6% as of now, after recording 15% earlier today, bringing the current trading price for the coin up to around $0.37. Although the XRP market has been suffering against Bitcoin, the recent Bitcoin price surge has now sums-up 17% weekly rise of Ripple against Bitcoin.

Ripple is ranked in 3rd place on the top cryptocurrencies by market-cap as it holds $15.07 billion market cap value. 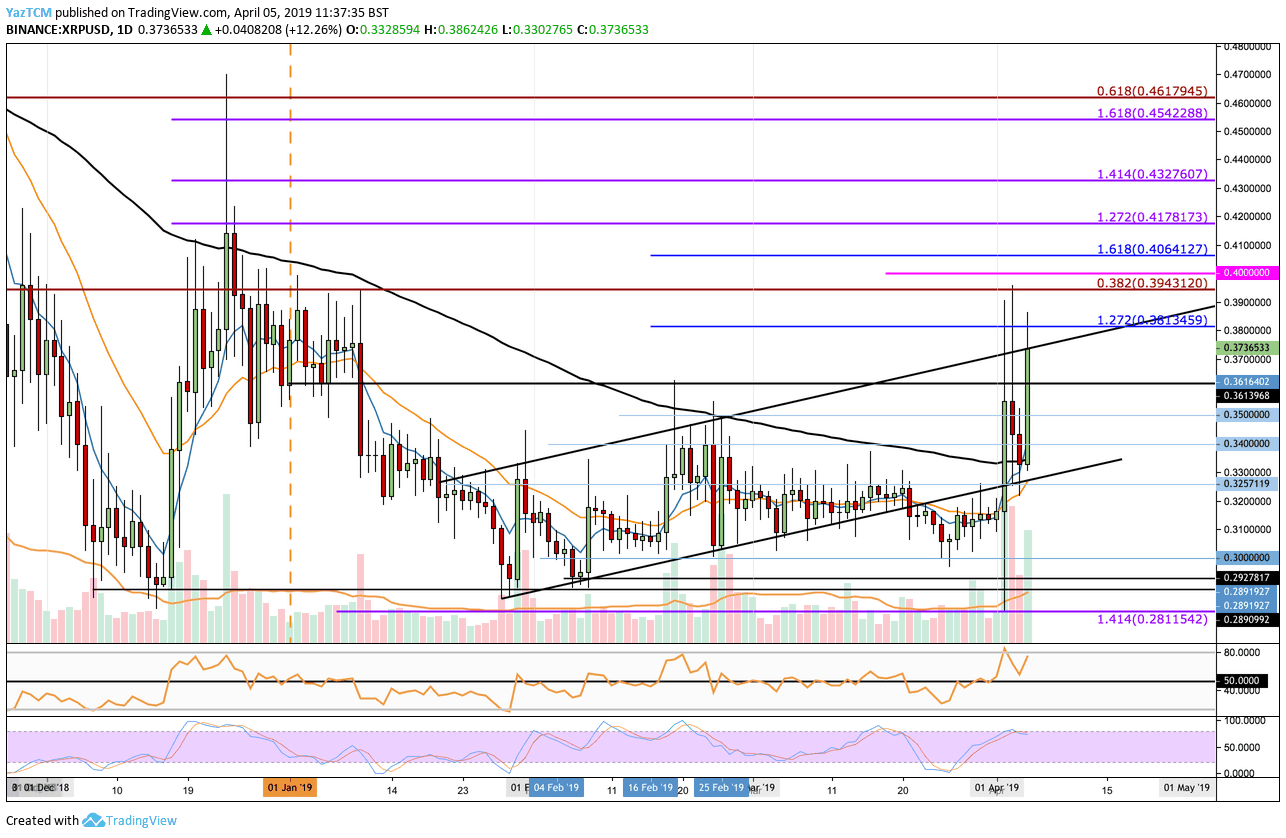 Looking at the XRP/BTC 1 Day Chart:

Demand On The Rise? ‘Buy Bitcoin’ Surges On Google Trends Ahead Of The Halving

Days before the third-ever Bitcoin halving, the interest towards the primary cryptocurrency has surged, according to Google trends. The phrase…

Ahead Of The Bitcoin Halvening – Hive Up 380% In Insane Rally!

The crypto-world is highly focused at the Bitcoin halvening event, which is expected in 9 days. However, a couple of…