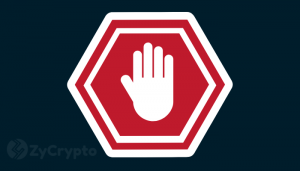 The 20th largest cryptocurrency exchange in the world HitBTC in terms of reported volume is in the news again since it has frozen the trading accounts of its users due to their upcoming annual proof of keys event.

This could be confirmed by some users. However, in June 2018, the security magnet John McAfee had urged crypto users to avoid during business with the exchange. McAfee’s tweet then reads:

“The crypto exchanges have become the thing that we have originally fought against. Their power is immense. Hitbtc, for example, has increased suffering for millions of poor people who cannot afford the minimum buy-in since it is greater than their monthly income. Boycott them.”

Many Complaints have been flowing in and out the crypto sphere in recent days about users inability to withdraw their funds from the exchange ahead of the upcoming proof of keys event.

A Redditor PEDXS complained about his account suspension by the exchange even when his account is in good shape with them since he requested for a withdraw. This is coming after he was promised by HitBTC that such will not occur again.

Six months ago my account got suspended. After months of sending 40 plus emails, HITBTC finally unfroze my account. I immediately withdrew most of my funds, but left a small amount to day trade. I did that because HITBTC promised that “No further automated restrictions will be applied”. Over the months, from day trading I have built back my balance up to a couple BTC. With the proof of key date approaching, I felt that HITBTC is the prime suspect for being insolvent, so I tried withdrawing my BTC. Guess what, they blocked the withdrawal and froze my account again.

Very frustrating. Fortunately I withdraw all my funds a month ago and I’ll never use HITBTC again. They are doing this with a lot of customers. Hope you will find a way to get out from that shit exchange, good luck and happy new year.

Another User with the moniker ‘aerys2’ also claimed to had experienced the same issue with the exchange,

Same thing for me, except they block my since September and I cant do anything about it ! They made me lose 30 000 dollars these assholes ! To not say 40 000 dollars since I dont think they’ll give me back my money

Some new comers might not understand the reason behind the Proof of keys event. It was started by a bitcoin investor Trace Mayer, to ensure that crypto exchanges and third party fund hodlers could pass the solvency test and do not necessary depend on depositors fund to survive. Crypto traders are encouraged to do so every 3rd day of Jan each year.

Going by this development, Redditor PEDXS believes that the fear that most users will withdraw their fund might be the reason why hitBTC embarked on it.

Commenting on this, John McAfee tweeted,

I warned everyonw more than a dozen times. Don’t sign up. Don’t use it. Withdtaw your funds. I was trashed for calling out HitBT as a corrupt cimpany. Tough shit. You had six months warning from me to withdraw your funds. Do not ask me to help you now.

This could actually show that John McAfee might indeed be right with his position that crypto users should boycott HitBTC.

With internet technology becoming better every day, the market for cryptocurrency as a payment alternative has become wildly popular since…

Celsius has announced a strategic deal with Monarch and Infinito, aimed at making it possible for users of their cryptocurrency…