Polkadot became one of the most popular projects in the crypto market because it enables other cryptos to be transferred cross-chain providing a lot of scalability. The platform also allows anyone to create a customized blockchain in just minutes.

Polkadot is already partnered with some of the biggest crypto projects in the market. ChainLink, ChainX, Ocean Protocol, and many others are building on Substrate and Polkadot.

The price of Polkadot was only recently updated on CoinMarketCap and the digital asset is already trading on leading exchanges like Huobi, Binance, Kraken, KuCoin, and others. 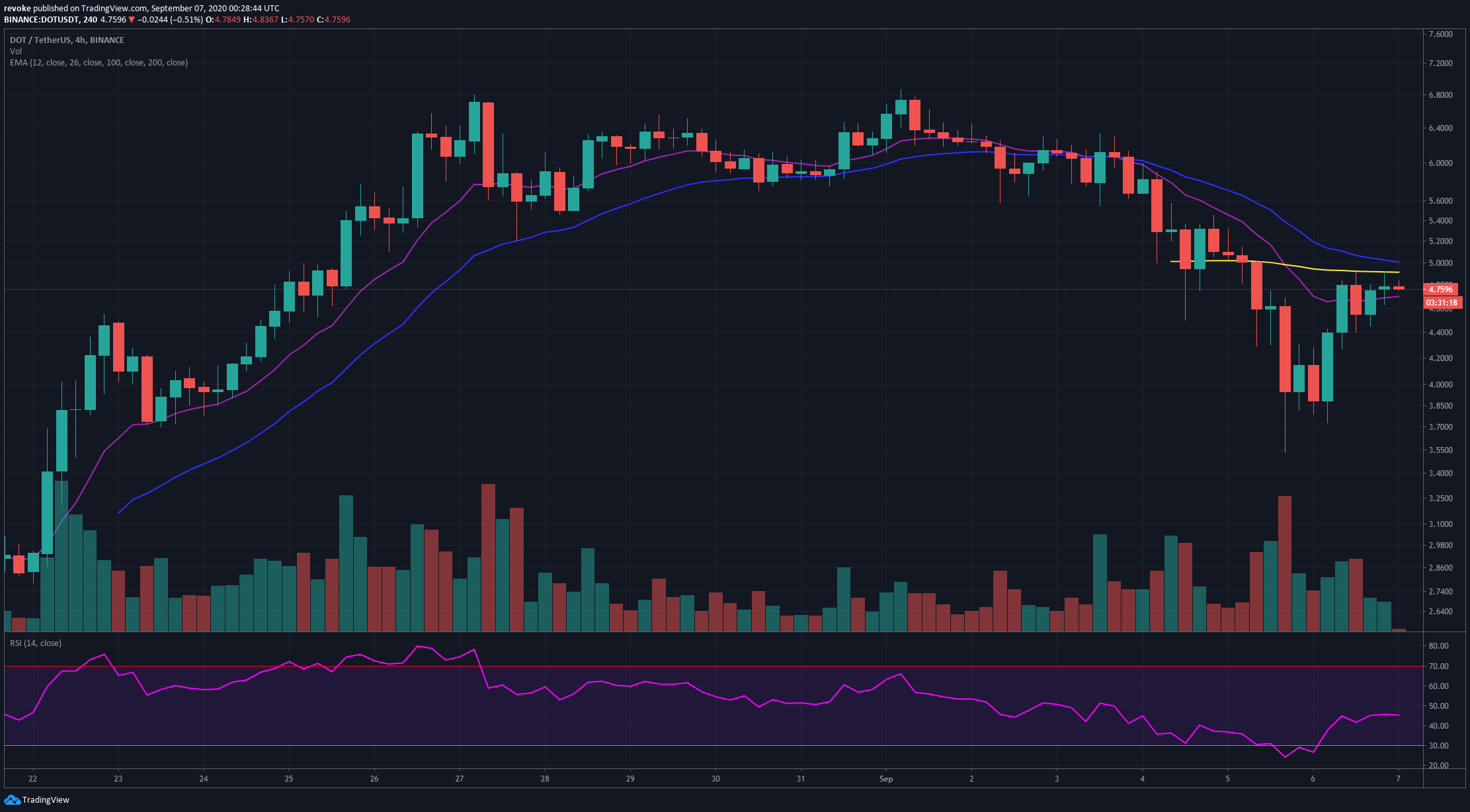 Ignoring that, we can see DOT price rebounding on the 4-hour chart and climbing above the 12-EMA quite decisively. The 26-EMA will now act as a resistance level but there aren’t many other resistance points around. The RSI was heavily overextended and the bulls quickly jumped on it.

Now, buyers have to be extremely careful as this could very well be a dead cat bounce. Unfortunately, as we said above, the entire crypto market is currently correlated with the stock market, especially the U.S. market. Monday open will be crucial, for now, it seems that the Dow Jones dipped around 0.2% vs its fair value but could still have a strong open. 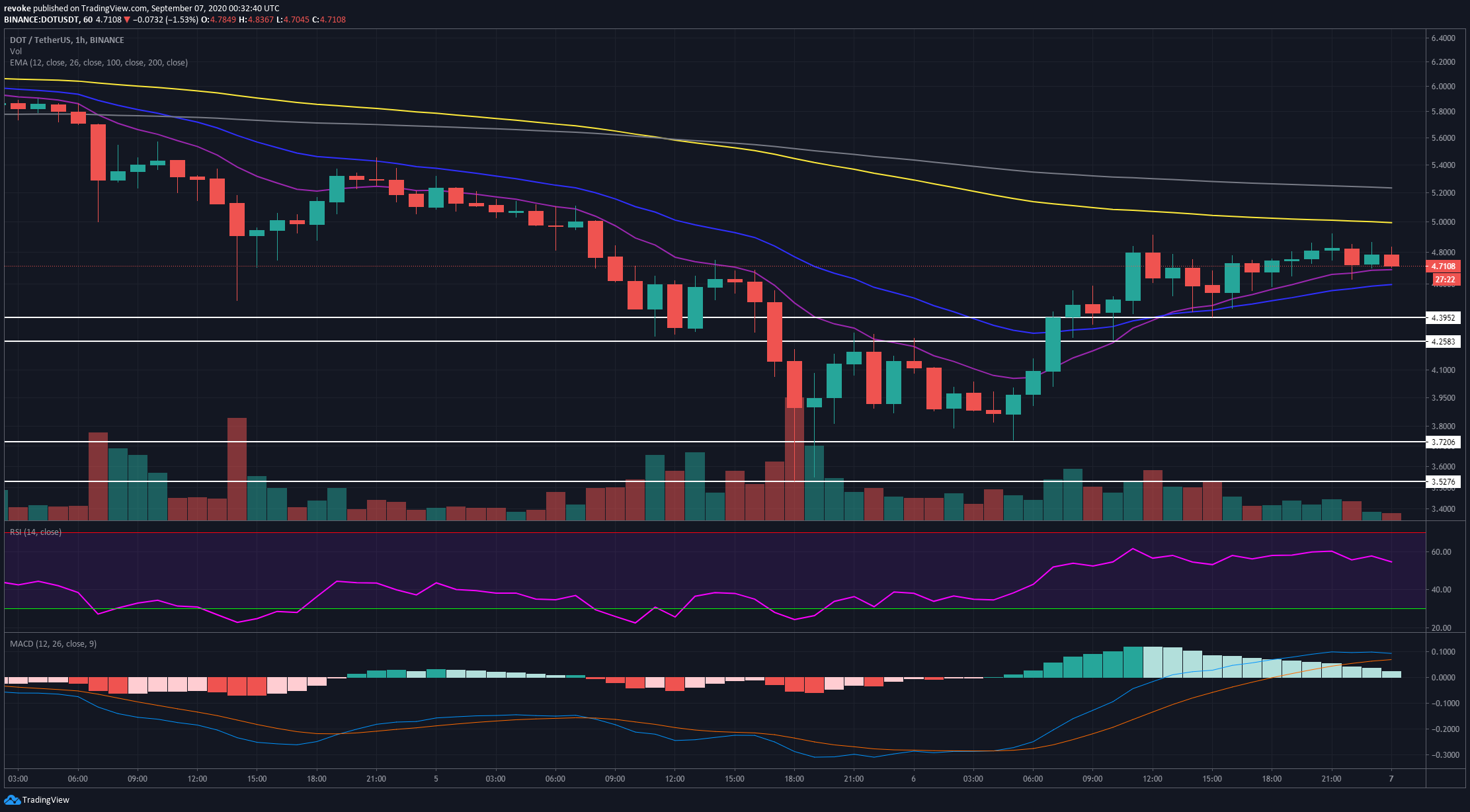 Zooming in even more, the hourly chart is clearly in favor of the bulls which have established an uptrend after climbing above both EMAs which have crossed bullishly. The RSI did not get to overbought levels which indicates the uptrend is strong. DOT price is now riding the 12-EMA at $4.67 and it’s looking to crack the 100-EMA at $4.99 and the 200-EMA at $5.23. There is another important resistance level at $5.45.

It’s unclear which direction Polkadot will take, however, a new all-time high could certainly be in the books if the stock market has a strong open. On the daily chart, there are practically no resistance levels and the last high is $6.86.

Upland.me is a blockchain-based game in which users can buy, sell, and trade virtual NFT properties mapped to the real…

How to PROFIT in the Current Crypto Bull with CryptoTicker

We at CryptoTicker have been active in the crypto market for many years. We report daily on what is happening…