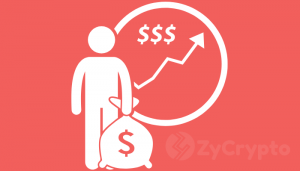 Mike Novogratz has upped his shareholding in Galaxy Digital to 221.2 million – just shy of 80% of the company. As the founder and CEO, he already “beneficially owned 213.7 million Class B limited partnership units, representing about 76.6% of ordinary shares assuming conversion” – according to Bloomberg’s report. The cost to Novogratz was just under $5 million but shows that he is not ready to drop his bullish mentality on crypto, despite a turbulent 2018.

The news has seen shares in Galaxy Digital spike by nearly 8 percent, but this does not make up for the overall fall of nearly 20 percent through 2018, as the cryptocurrency market shrank dramatically throughout the year.

Still, Novogratz has remained positive throughout. Despite predictions from 2017 that Bitcoin could hit $40,000 by the end of 2018 proving spectacularly wrong, he has since correctly predicted that the cryptocurrency would sit for a while between $3000 and $6000 as it is now, and has said that the reason is that macro trading is currently outdoing digital assets in terms of popularity. He spoke on Bloomberg TV in December, saying, “We are entering a cool era for macro. Crypto is less exciting now versus macro. Macro got quite boring for many years, and crypto was exciting.”

But while he admits that 2018 was tough for crypto investors and for Galaxy Digital itself, Novogratz still expects the market to “flip” in 2019. His prediction relies on financial institutions moving away from fund investment and towards direct investment in cryptocurrencies. Should this bear out, then it could well reverse the current decline of the crypto market?

In the same interview, he also said that he had a vision for Galaxy Digital to be the Goldman Sachs of crypto. And as a former Goldman partner, he certainly has the experience and the pedigree to drive Galaxy towards this aim. However, off the back of losses that make for ugly reading – $76.6 million in Q3 2018 and $176 million for the first 9 months of the year –, it will need more than just experience to get Galaxy back on the up. However, a look at the financial report from earlier in the year shows that the firm has been working on several different strategies to get things moving in the right direction again. And, as the share price has already shown, Novogratz’s own actions may make a long-term difference.

Meanwhile, Bitcoin – so often the best indicator of wider performance in the crypto market – continues to hold relatively steady at the $3800 mark. While there are still those who are wary of further losses in the coming weeks, there are some signs that 2019 could be a fresh start. And investors in Galaxy Digital – as well as Novogratz himself – will be hoping that this plays out.

Bitcoin has been in a struggle since 2018 and it seems the struggle will not be over soon. However, many…

The Significant Stages to Expect a Bitcoin Bull Run in 2019

Since Bitcoin’s major slip from the $6000 mark in 2018, the big bull has been losing momentum in both volume,…