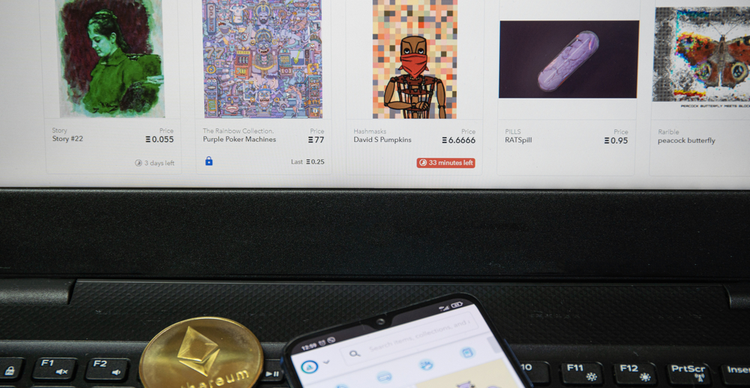 NFT platform MakersPlace announced yesterday the completion of its Series A funding round, led by Pantera Capital and Bessemer Venture Partners, in which it raised $30 million. The round also saw the participation of Coinbase Ventures, 9Yards Capital, Uncork Capital, Sony Music Entertainment and Draper Dragon Digital Assets.

MakersPlace was founded in 2018 to provide a marketplace for digital creators where their work wouldn’t be undervalued, misappropriated or stolen. The technologies of blockchain and non-fungible tokens (NFTs) provided the perfect solution to these issues.

Creators can sign and issue their works on the blockchain, making their authenticity digitally verifiable. Collectors can show off their purchases, as well as reselling them on digital asset exchanges.

MakersPlace helped enable the sale of Beeple’s famous $69 million artwork, which broke all price records for NFT sales, through its partnership with Beeple and the auction house Christie’s.

The platform supports thousands of digital artists from across the world and has seen tremendous growth this year, gaining ten times as many collectors and processing transactions worth more than $100 million.

The Series A funding round was also backed by strategic investors well known in other industries. These included tech entrepreneurs Tobias Lütke and Vinny Lingham; American footballer Larry Fitzgerald; musicians Eminem and 3LAU; and notable names from the arts such as Bill Ruprecht and Acquavella Galleries.

It is perhaps not surprising that MakersPlace has received so much interest from investors, given the dramatic boom in popularity of NFTs over the last several months. According to Reuters, $2.5 billion was racked up in NFT sales just in the first half of 2021 — an incredible 18,150% increase on the NFT sales volume from the first half of 2020.

MakersPlace will use the new funding to provide better tools and services for its digital creators as part of its mission to bring NFTs and digital art to a wider audience.

The post NFT platform raises $30M from Coinbase, Eminem and others appeared first on Coin Journal.

XRP surged to highs of $0.79 amid a parabolic rally that could see bulls target $1.00 short term With Bitcoin…