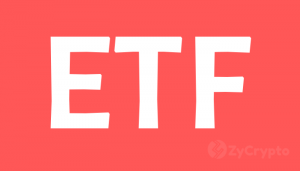 Just one week passed so that Cboe could once again push a battle with the US Securities and Exchange Commission to include a Bitcoin ETF in one of its trading platforms.

The announcement was made on Thursday, January 30, 2019, by the leader of VanEck’s digital assets strategy, Gabor Gurbacs, in a presentation dated that same day to be approved by the SEC allowing the Cboe BZX Exchange to list shares of a Bitcoin ETF trust.

That Bitcoin ETF, the VanEck SolidX Bitcoin Trust, would allow merchants and wealthy institutions to invest in Bitcoin through a convenient and familiar investment vehicle.

In this opportunity the head of digital assets of VanEck, Gabor Gurbacs, made the announcement in his social network Twitter, noting that it was the product of the hard work of all the teams involved.

https://platform.twitter.com/widgets.js
As we know, a possible approval of this Bitcoin futures fund would be the possibility of legally entering institutional money into the ecosystem, which would greatly help a market that has been depressed for a couple of months due to lack of liquidity among other reasons.

Recall that the final decision of the SEC for the previous proposal should be made before February 27 of this year 2019, after the agency extended its examination period several times. The important thing in this opportunity is that the clock has not yet started for the SEC to make a decision. Once the proposal is published, the SEC will have a maximum of 240 days to decide whether to approve or reject the proposal.

The market is on the lookout with this new news, which could be a catalyst to prevent Bitcoin from falling to its historic minimum in two years, as many analysts have predicted in the absence of institutional investors who imbue fresh money into the ecosystem.

At the same address as Cboe, NYSE Arca filed a similar request on January 26, 2019, Bitwise Asset Management, which has not yet been published in the Federal Register, which means that it also does not face a date limit for now.

The bitcoin community has welcomed this news on the networks, indicating that encouraging news such as these can help Bitcoin lift a bullish rally to get out of the $ 3400 area that is currently its strong support point.

The post Newsflash: Cboe Renews the Proposal of a Bitcoin ETF to the SEC appeared first on ZyCrypto.

Many within the crypto space and the ethereum community, in particular, believe that the recent rally of the second largest…

CEX.IO Embraces the Challenge of Serving US Customers