Newscrypto, the provider of highly advanced trading tools is gearing up for a big move to the upside according to several indicators. NWC hit the market by the end of 2019 and was trading in the shadows at around $0.02 for almost 8 months before the most recent 920% price surge that started on July. NWC price reached its all-time high on September 1 at $0.285 and has been under consolidation since then.

There are several factors that indicate the price of NWC is poised for a big move above $0.285 in the next couple of weeks. 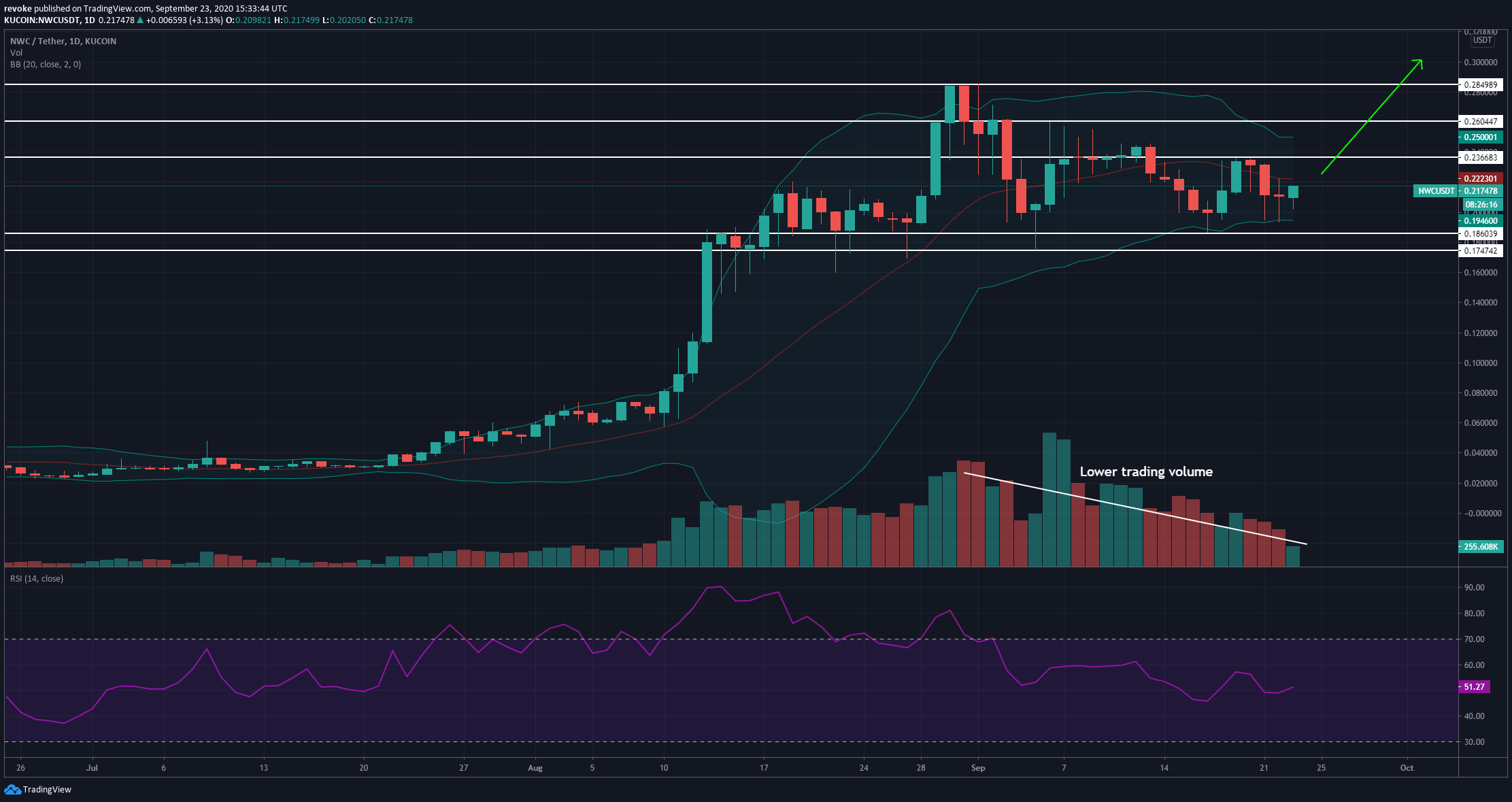 The price of NWC has clearly formed what’s known as an equilibrium pattern with lower highs and higher lows. The nearest lower high was established at $0.236, and it’s now the most critical resistance level. A breakout above this level would confirm a bullish breakout of the pattern and impulse NWC towards its all-time high again.

On Kucoin, we can observe a decline in trading volume over the past 20 days, indicating that a big move is near. Similarly, the Bollinger Bands indicator is contracting, which is another indicator for upcoming volatility. An equilibrium pattern when broken, will usually push the asset above the last high of the pattern, in this case $0.285.

BNB Price Aiming For A Big Rebound Towards $30 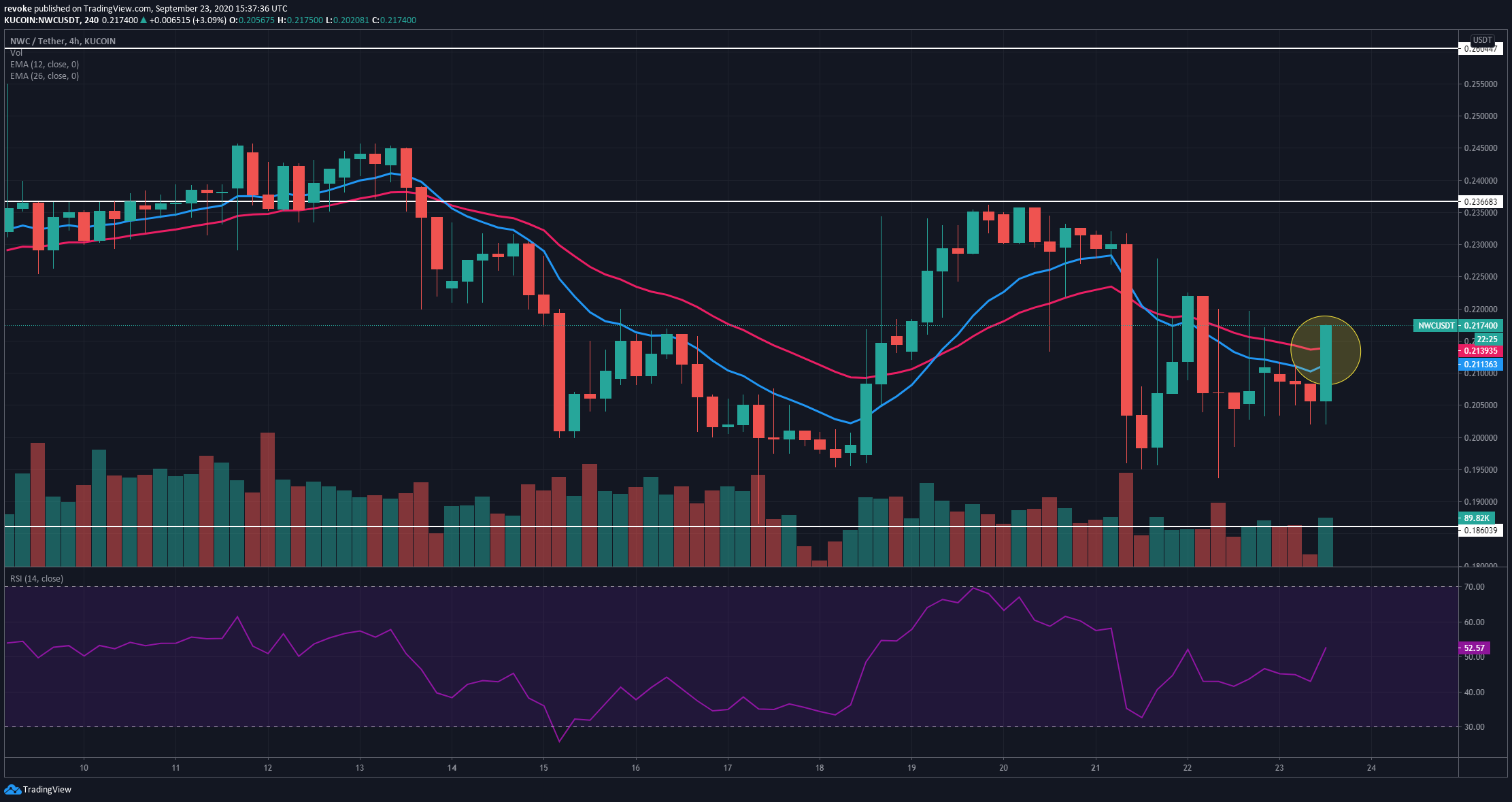 NWC bulls are trying to establish a clear uptrend on the 4-hour chart to confirm a new higher low on the daily chart at $0.22. Bulls would need to climb above $0.222 to confirm the uptrend. The price of NWC has just climbed above two important resistance levels in the form of the 12-EMA and the 26-EMA.

If NWC can convert both of these EMAs into support levels, bulls will have a great chance of cracking $0.236 and confirm a bullish breakout of the daily equilibrium pattern. Bullish momentum could be further fueled by the launch of the NWC wallet set to happen on September 25, just two days from this post.

If you follow Bitcoin prices, you most definitely know the overall sentiment of the entire cryptocurrency market. Bitcoin is still…

We recently talked about an upcoming increase in the EOS price. After today’s +15% move, we have to ask ourselves…