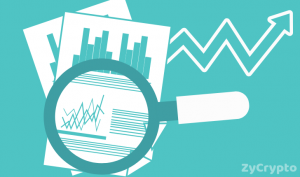 According to the analytics firm Flipside Crypto, there has been an uptrend in previously dormant Bitcoin wallets coming back to life. Dormant wallets are defined as wallets that are totally inactive for a period longer than 6 months.

The trend began in October of 2018 when these whale sized wallets started showing activity after long periods of remaining untouched. The trend is continuing so far in 2019 and the head of data science at Flipside Crypto, Eric Stone, thinks this activity could have big implications in the cryptocurrency markets.

“It’s definitely a big shift,” Stone said in an interview with Bloomberg. “There’s more potential than usual for price swings.”

The Bitcoin economy is pretty top heavy. Around 1,000 addresses control 85 percent of the total Bitcoin supply. Many of these wallets are early investors that have remained inactive during the amazing bull run of 2017 and the collapse that followed. The sudden activity after up to nearly several years of dormancy has many in the industry wondering what will happen next.

Stone says that this activity signals that these whales are could be looking to make moves. “The fact that those wallets have been recently active leads us to believe they could soon be active again,” Stone told Bloomberg. “Put another way: We have no reason to expect them to remain stagnant for another 2-plus year.”

With this recent whale activity, the supply of actively traded BTC has gone up 40% and the team at Flipside Crypto notes that similar increase in activity and supply occurred before the big price swings the markets witnessed in 2015 and 2017.

Although the cryptocurrency space is spilled on whether or not whale movements like these have as much of an impact on volatility as some have claimed, it’s hard to not be intrigued and concerned due to the fact that so much of BTC’s supply and value is in the hands of so few people.

The post New Bitcoin Whales Movement Could cause even more Volatility than Usual appeared first on ZyCrypto.

Ethereum’s Vitalik Buterin is at it again, and this time, he’s throwing quite some shade. Speaking at a conference in…

Bitcoin (BTC)’s Present Value Compared to Oil, and the Future

Making comparison shows that the fate of bitcoin is likely going to be like that of oil, from all indications.…