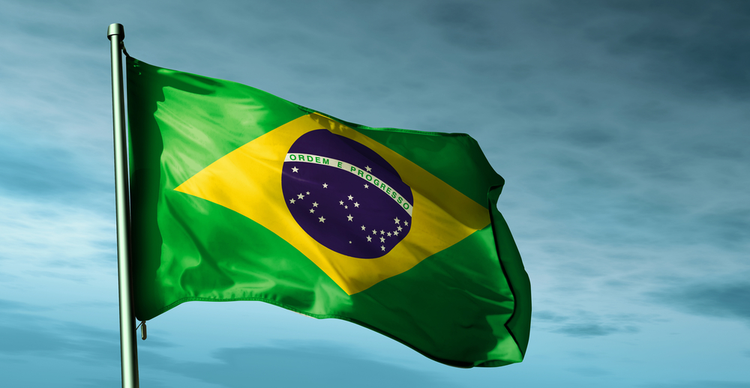 Valor Investe, a financial education website based in Brazil, reported a recent survey whose results suggested that 48% of Brazilians would welcome Bitcoin as an official currency in the country. The study involved 2,700 respondents across the South American countries of Argentina, Costa Rica, Chile, Colombia, El Salvador, Venezuela and Brazil.

Brazilians were also the biggest supporters of the decision by El Salvador to adopt Bitcoin as legal tender. A substantial 56% of Brazilian respondents felt that the crypto adoption was a good move. The study commissioned by Sherlock Communications found that just over a fifth categorically rejected the idea of crypto.

“Brazilians were the biggest advocates of crypto-recognition in the region, with 56% supporting El Salvador’s approach and 48% saying they want Brazil to adopt it as well… Another 30% neither agree nor disagree and 21% are against the idea (12% disagree and 9% strongly disagree).”

The 12% of those polled who were not ready to invest in Bitcoin signalled a significant drop from the 33% who said the same in 2020. The top reasons cited for not warming up to crypto were security concerns (42%), the volatile nature of the assets (37%) and the lack of finances to invest (33%).

When queried on their motivation to invest in the digital asset, 55% noted that it allowed them to diversify investment, with 39% of the respondents seeing it as protection from inflation and financial volatility. There was also a proportion (39%) of the respondents that said they were in this investment circle to follow the tech trends.

The study revealed that even though Brazilians have embraced crypto assets in general, Bitcoin remains the most dominant crypto coin in the country. The vast majority (92%) of  survey participants said they knew about Bitcoin, 31% were aware of Ethereum and 30% knew about Litecoin, representing the top three most popular cryptocurrencies in the country.

The findings showed that Latin Americans were concerned about the economic crises in their countries, with 38% of respondents saying it made them much more interested in investing in crypto, while 37% said the crisis only increased their interest by a bit. A 15% fraction indicated that the economic state made no difference to their interest in crypto.

Brazil currently has over 1.4 million users registered onto crypto platforms, and these users are served by 21 ATMs. In addition, Brazil’s approval of exchange-traded funds (ETFs) earlier in the year has gone a long way in establishing a strong crypto foothold, as ETFs have allowed even the more reserved investors to get into crypto.

The post Nearly half of Brazilians would welcome Bitcoin as official currency appeared first on Coin Journal.

Thomas Peterffy reveals he has personally invested in crypto