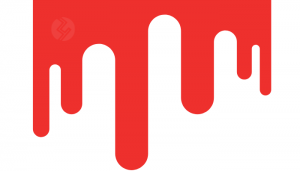 At this rate, it would be accurate to say that the current patterns in terms of price movement in the cryptocurrency market have left traders and investors in a state of chaos. As trading volume continues to fluctuate, trading prices simultaneously take a path of declination and leave market capitalization struggling to stay afloat. Overall market capitalization has decreased by $6 billion over time, leaving tokens and coins losing more than 5% between the weekend till present.

The big bull, unfortunately, happens to have been one of the most victimized coins. After maintaining a trading price above the $3550 for the past one week, unable to build upon its momentum, Bitcoin is now sitting at $3475.13 and has now declined by 3.39% at press time.

This declination has left traders watching the coin closely as they anticipate a swift upswing before the coin hits a new yearly all-time low. As of yesterday, Bitcoin was still trading fairly above the $3500 level. In fact, the coin hit a daily all-time high of $3612.67 that had traders speculating a possible breakout to $4000, before it slightly fell back with a price of $3583.97.

Unsurprisingly, altcoins are not exempted from the games of the bears, and whatever this games happen to be, it has skillfully dragged 95% of all altcoins down as the losses range from 5% to 15% and running.

Meanwhile, precisely 10 tokens have managed to escape the bearish outpour at the moment of this writing. While USDC and Waves make a narrow escape with 0.03% to 0.01% gained, Holo and Pundi X have amassed as much as %17.44 18.61% in profits.