The recent Bitcoin price surge above $5000 has caused the rest of the cryptocurrency market to follow suit and enjoy some of the benefits from the price increase. However, during this price increase, it has become apparent that some cryptocurrencies traded against Bitcoin are trending with Bitcoin, such as Litecoin, while others are not.

Over the past seven days, Litecoin has enjoyed a price increase that totals over 50%. On the other hand, in the same period, cryptocurrencies such as Ripple and Ethereum have seen price increases that had resulted in only 16%-18% gains. This is mainly because LTC/BTC has been trading within a robust positive correlation toward Bitcoin, as seen in the chart below. LTC/BTC is outlined in orange. 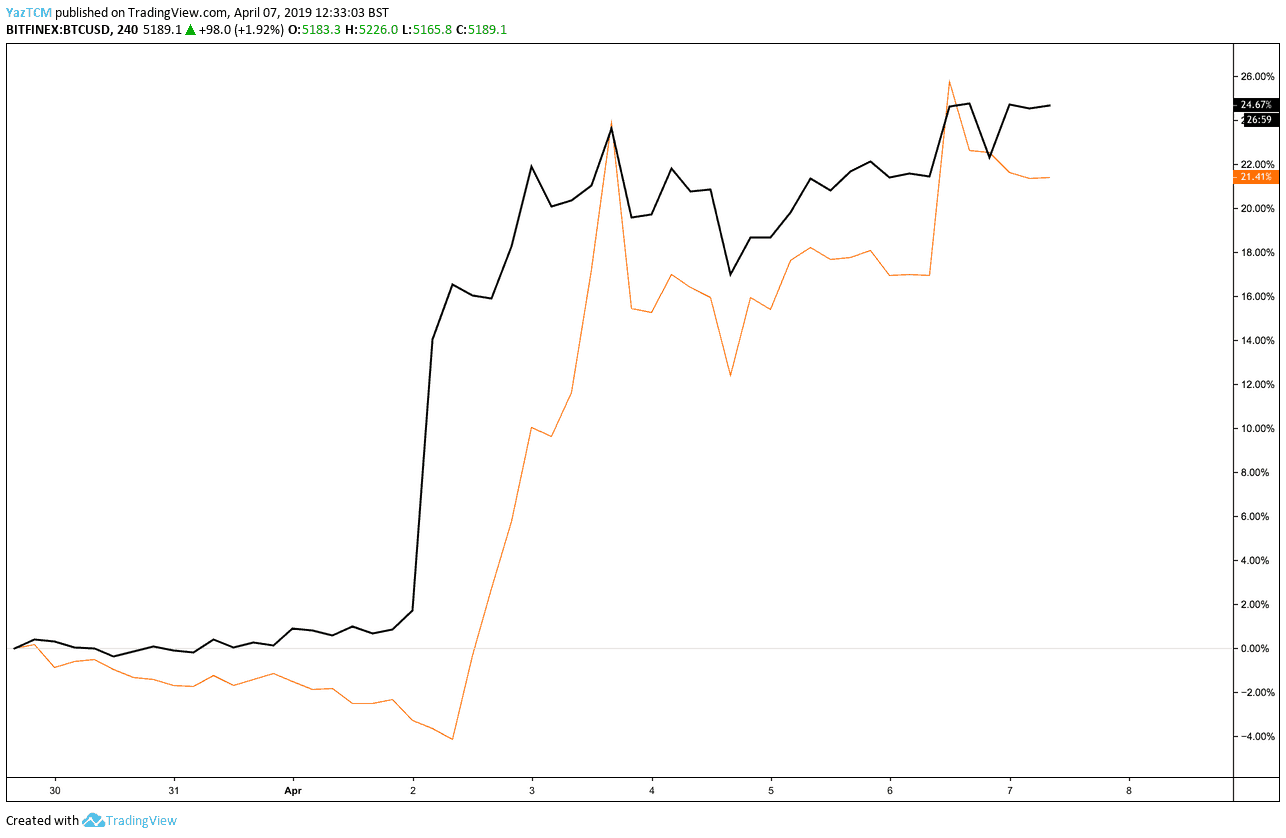 However, ETH/BTC and XRP/BTC have both experienced a negative correlation with Bitcoin. As Bitcoin rises, these two coins are falling against Bitcoin as seen in the chart below. ETH/BTC is drawn in green, and XRP/BTC is outlined in purple. 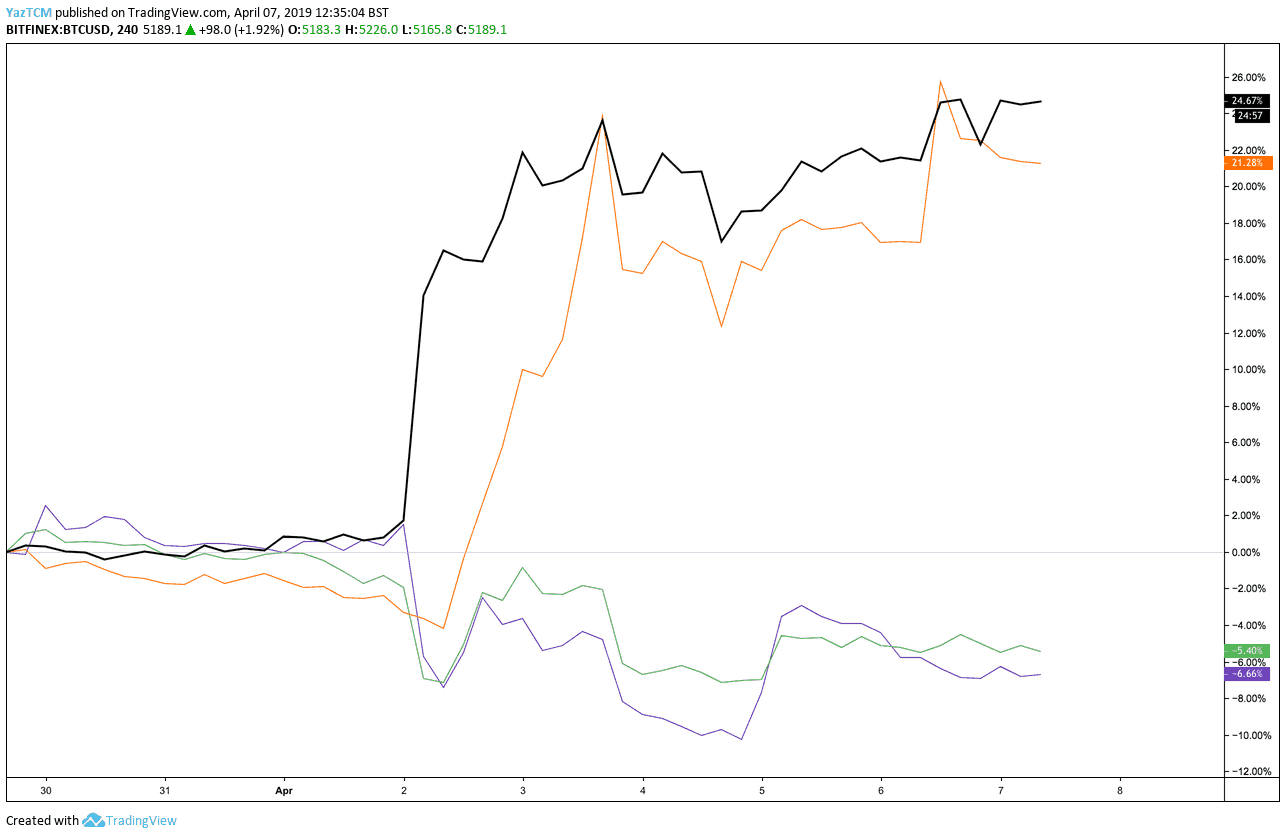 Although XRP and ETH have enjoyed price increases against the USD over the past week, they have significantly suffered against Bitcoin which has dramatically reduced their potential price increases over the period.

Litecoin has now seen an impressive 145% price increase over the past 90 days as the coin currently trades for $93.80. The cryptocurrency is now ranked in 4th place on the top cryptocurrencies by market-cap value as it currently holds a $5.70 billion market cap value. 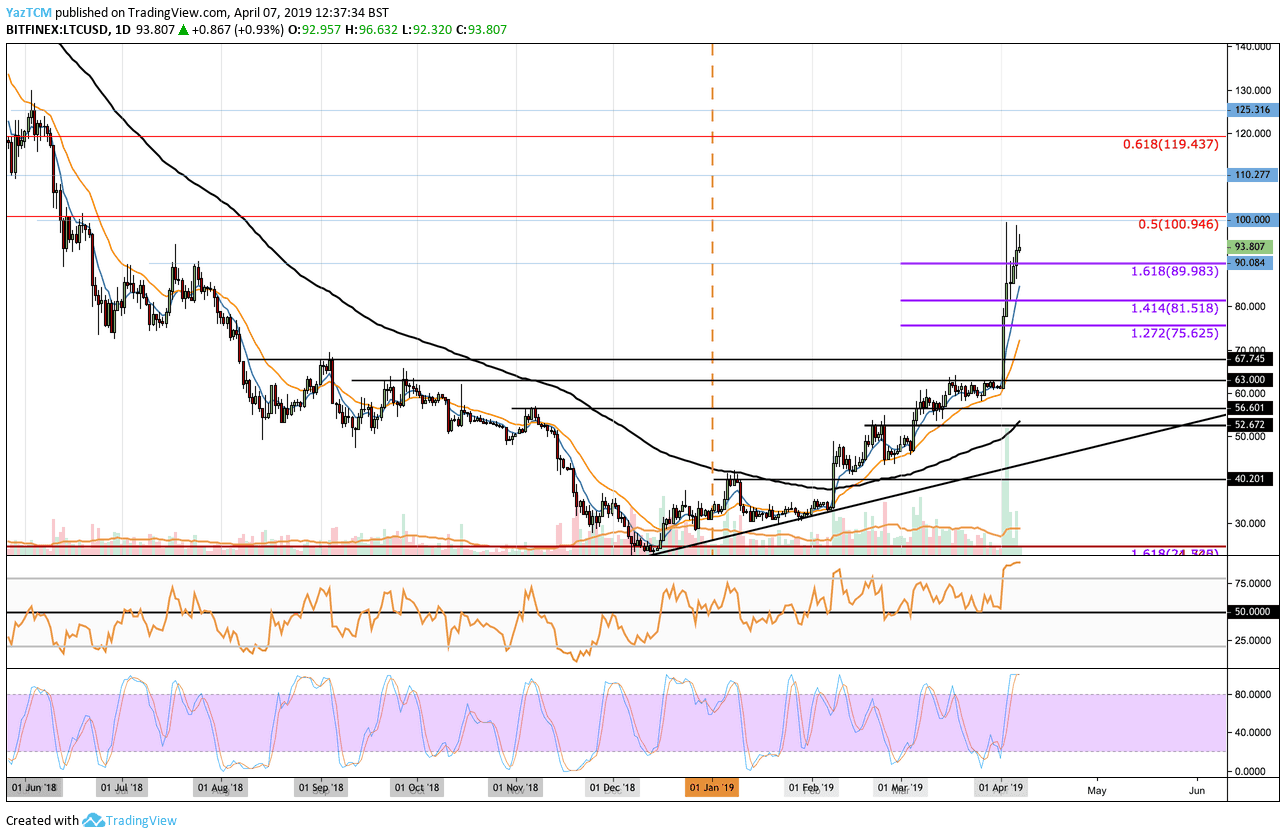 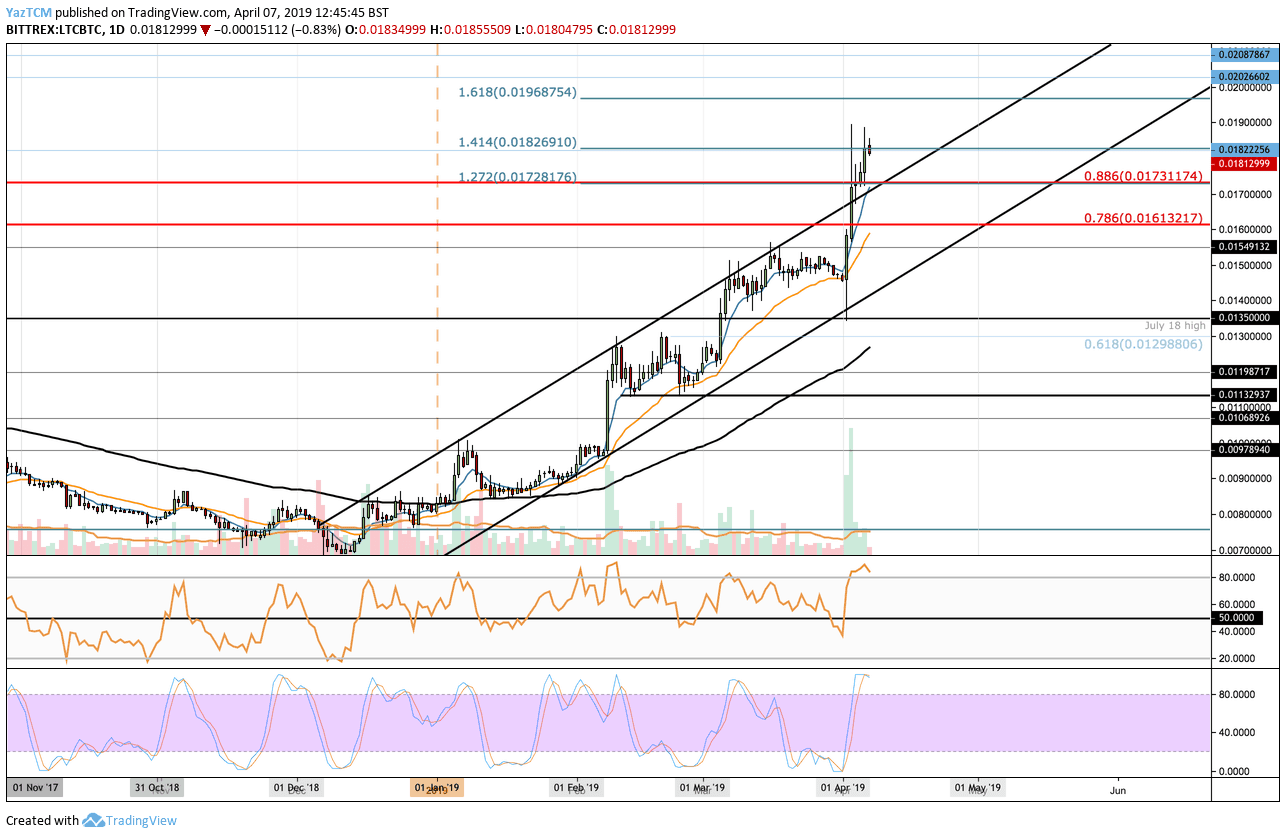 Click here to start trading on BitMEX exchange and receive 10% discount on fees for 6 months.

Despite the recent increased interest in cryptocurrency-related businesses in India, most firms have not registered yet with the country’s Registrar…