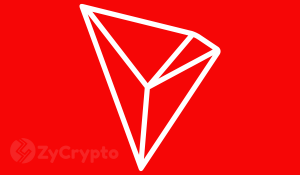 Tron Foundation CEO, Justin Sun came on Twitter to show off Tron performances and achievements in building use cases for blockchain and empowering Dapp developers. Tron has proven to be one of the best networks for developers and their Dapps.

https://platform.twitter.com/widgets.jsThe team has worked vigorously to build its network from the time they migrated from the Ethereum chain, they have successfully pushed the network to perform higher than the Ethereum network. Since Tron launched its TestNet and MainNet in July 2018 and built the first version of its virtual machine (TVM) in August, it has been working tirelessly to improve its features and create the right tools for developers.

Tron aims to enable developers to have the best experience on its platform, so it has created efficient tools for  developers which includes;

This tool connects developer to the blockchain, though influenced by Ethereum’s web3 it has a different implementation process. This tool can be used to send, purchase, freeze and unfreeze TRX and other tokens. It functions with a Full Node and Solidity Node which runs on the HTTP API.

This is an environment which allows developers to test and deploy smart contracts using the TronWeb API.

This tool, allows developers to build and release their Dapps and smart contracts. It enables load balance and hosted API service for developers on the cloud, so they don’t have to waste time running their own node.

These tools are developed in a way that developers can easily understand, use them and save cost. Developers are attracted to the Tron network more than Ethereum even some left other platforms for Tron with their Dapps.

Tron CEO offers incentives like funding to empower developers from other networks. Presently over one hundred Dapps are live on Tron network and more are even coming. Empowering developers are in line with Tron’s aim to simplify the creation and transfer of contents over the internet.

The post Justin Sun: Tron is Empowering Developers to Achieve Their Dreams appeared first on ZyCrypto.

Tron Price Analysis: The Bulls Are Fully In Charge as TRX Eyes $0.03

Justin Sun, the founder and CEO of one the largest blockchain network, Tron revealed that he still has more surprising…