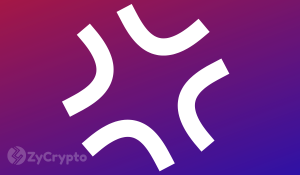 The bears may still be throwing jabs at the crypto market even at the opening of the year, but one thing this market never lacks is a fair share of entertainment. We’ve been treated to various episodes of influential figures trading accusations and sometimes getting all arrogant against each other.

Just a few months ago before the Bitcoin Cash hard fork happened, someone even threatened to mess up the market by dumping their huge Bitcoin cache. That person is Craig Wright, and people like Jimmy Song have a few unkind words to describe him. Jimmy is a Bitcoin developer with quite a following on YouTube.

In an interview posted on YouTube, Jimmy talks about the good things happening within the Bitcoin community. In his opinion, the crypto network has survived a cool 10 years, something he describes as a sign of growing stability. He particularly mentions the Lightning Network as one of the nicest things to happen to Bitcoin of late.

Going forth, Jimmy lauds the current state of development as exciting and views the ongoing innovations as the triggers for future use cases that will drive Bitcoin adoption.

“The Guy Is Completely Wacko”

Asked about the recent claims by Craig Wright who says he has discovered a way to take over Bitcoin, Jimmy says he isn’t even surprised that Craig would make such a claim – given his obvious behavior of seeking attention by saying outrageous things. In fact, Jimmy thinks Craig Wright holds zero credibility and no one should listen to him at all. In a comic twist, Jimmy describes Craig as that one fat kid who claims to have a pretty perfect girlfriend back home. To cap his joke, he explains that if indeed Craig has the exploit he claims to have discovered, he should prove it.

Jimmy was responding to a query by the interviewer about Craig’s claim that he has discovered a fatal flaw in the coding of the Bitcoin network and that he could potentially exploit the vulnerability to take total control of the network. Craig says he will reveal the flaw later in the year. However, in the eyes of Jimmy Song, Craig Wright is not a guy to be taken seriously.

The post Jimmy Song calls Craig Wright a “Wacko” With Zero Credibility And No One Should Even Be Listening To Him At All appeared first on ZyCrypto.

The EO Referral Program, already touted to be a significant addition to the ecosystem has been launched, and more details…