One of the fastest rising cryptocurrencies in the market, perhaps the fastest, has been Polkadot which reached a $15 billion market capitalization already, placing above XRP at number 4.

Polkadot has been heavily marketed as the Ethereum Killer so it’s only fair to compare it to ETH. Currently, Ethereum trades at $1,233 at a market capitalization of over $140 billion while Polkadot price is around $16.6 with $15 billion in mcap.

One of the main criticism points against Polkadot is its low network usage. The average number of transactions processed per day from October 2020 until January 1, 2021, has been around 3,000.

This number pales in comparison to the massive 1,100,000 transactions per day that Ethereum has been processing in the same time period. However, this comparison might be unfair so let’s take a look at how many transactions Ethereum processed when it started. 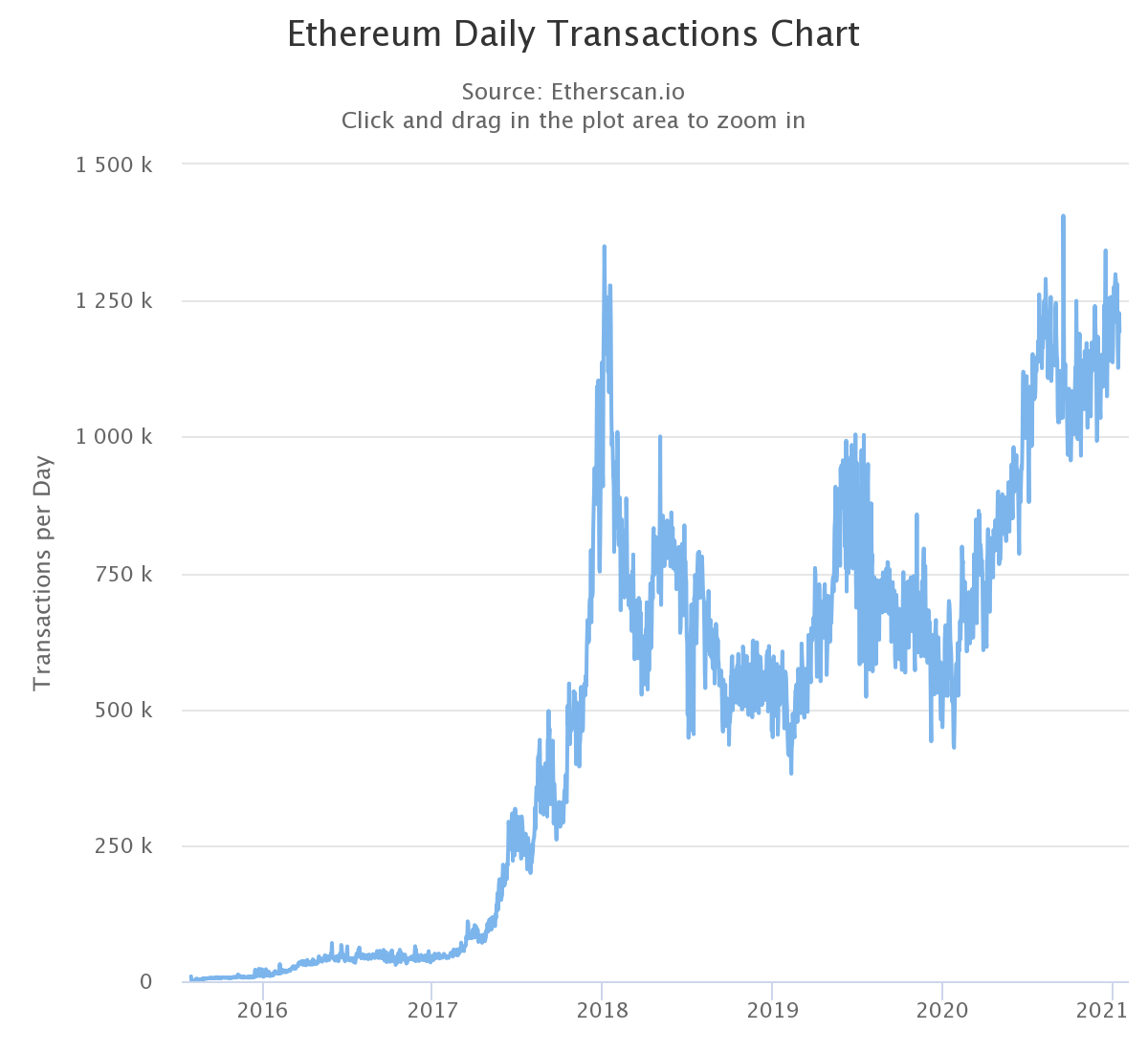 This staggering difference can only mean one of three things, Polkadot price is extremely overvalued due to the recent hype and bullishness of the market. Ethereum price is heavily undervalued as it processes far more transactions per day and has an upcoming major upgrade with Ethereum 2.0.

The third option is actually both, that Ethereum is undervalued and Polkadot is overvalued.

Polkadot is controlled by China?

According to recent reports from China, it would seem that most of the capital behind projects on Polkadot and DOT itself comes from China. Even worse, MantraDAO, which is part of the ecosystem has been investigated for serious fraud.

It’s also important to note that one of the main selling points of Polkadot is the ability to ‘kill’ Ethereum. However, as ETH 2.0 gets closer and closer to launch, this point will not work in favor of Polkadot anymore. If Ethereum can create faster transactions that are cheaper, do we really need Polkadot?

Ethereum Merge Timeline Announced With Ethereum 2.0 On The Horizon

ConsenSys has announced the timeline for the Ethereum merge. This way, Ethereum 1 and Ethereum 2 blockchains become one with…

Stellar is a blockchain that was originally inspired by Ripple, but later developed in its own direction. Stellar supports smart…