As we look to the new US administration following the November election, we asked a roundtable of experts from the cryptocurrency and blockchain industry their thoughts on what a Biden presidency could mean for digital assets and what legacy the outgoing President will leave behind

President Trump’s impact will be felt long after he’s left for many reasons, many of them unrelated to what one would have considered typically “presidential”. For example, the outgoing President managed to break the record for the number of sitting President’s golf trips — in a single four-year term.

A more sinister indictment of Donald Trump’s time in the Oval Office will be the numbers of deaths attributed to his early inaction against Covid-19 compared to other world leaders, as well as drawing dividing lines in the US based on race, nationality and religion.

Yesterday, Trump rejected the most recent Covid-19 relief bill, claiming that much of the money in the bill was going to other countries rather than US citizens. He proposed increasing the amount paid to Americans to $2,000 from the current $600 – a proposal that has also been floated by Democrats.

But what of Trump’s stance on cryptocurrency?

In a tweet from July 2019, Trump claimed that: “I am not a fan of Bitcoin and other Cryptocurrencies, which are not money, and whose value is highly volatile and based on thin air. Unregulated Crypto Assets can facilitate unlawful behavior, including drug trade and other illegal activity….”

Supporters of Bitcoin and cryptocurrencies were quick to point out that the drug trade primarily uses the US dollar — not cryptocurrencies, as the primary means of exchange.

In hindsight, we can see that Trump did little to address the regulatory concerns surrounding Bitcoin and other cryptocurrencies, in terms of pushing a legislative agenda. Trump left regulation efforts to federal agencies, such as the Office of the Comptroller of the Currency (OCC) and the Securities and Exchange Commission (SEC). This has arguably created a hostile environment in the US for innovation within the digital asset space, leading to some companies, such as Ripple Labs, to move their headquarters to outside of the US in search of a more friendly jurisdiction after facing a possible lawsuit from the SEC.

Evan Harris is the volunteer communications director for Government Blockchain Association, an international non-profit, membership association that connects government and public sector organizations. Evan has worked in government, public policy, and public relations working in a variety of communications and legislative roles. He currently works for a free market think tank based in San Francisco, California. 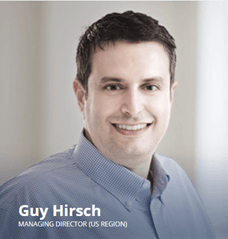 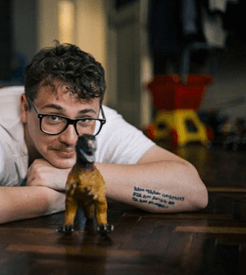 Mike Ermolaev was born in 1988 in Saint-Petersburg, Russia. Mike started working in PR in 2010, working with different projects in music, electroenergetics, digital and other sectors before joining the blockchain world in 2018 with the FutureComes company, where Mike became the head of the PR and Copywriting department.

In 2020 Mike’s PR and Copywriting Department together with FC’s Marketing team separated from FC and started out as its own company called Topos Digital Communications Agency.

For the last 3 years Mike has worked with over 40 crypto entities, including crypto exchanges, wallets, blockchain games, data aggregators, mining, DeFi, and others. In the two and a half years Mike has been at the helm, his Copywriting and PR has produced over 500 texts and appeared in the most widely read and respected news outlets in crypto media.

Solomon has a wide background in crypto and blockchain technologies. After promoting several blockchain startups, Solomon started his tenure with Freewallet in 2018, firstly as a PR manager, before moving to his current position as head of the PR department

Is Bitcoin Bidin’ its time?

To begin, we asked the panel to what extent Biden’s victory has had an impact on the cryptocurrency market’s recent price explosion. 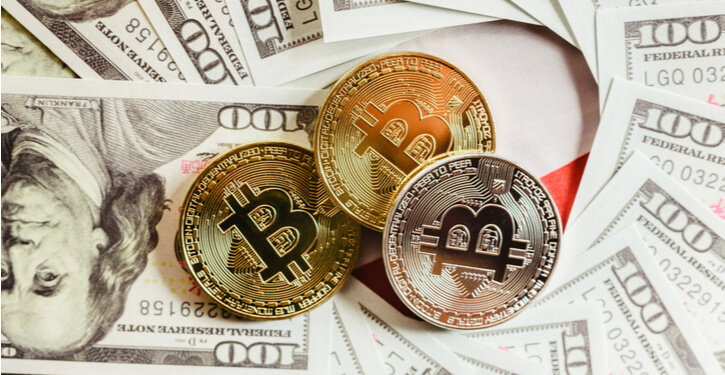 Following the victory in November, Bitcoin has almost doubled in value and broken new all time highs. How much of this can we attribute to the election result?

Evan Harris: The November U.S. election came several weeks after Bitcoin began it’s climb from around $10,000 to the current price. I thought the election and Biden’s win could have flattened cryptocurrency prices. Instead, Bitcoin continued to climb as election results are certified and legal challenges are voted down by American courts.

Solomon Brown: Biden’s stance on crypto is more welcoming than Trump’s and that’s definitely supported the recent surge in price.

However, other members of the panel were not so sure that Biden’s victory was the catalyst for recent price explosions, citing a number of other significant factors that have taken place in and around November:

Guy Hirsch: I’m not so sure Biden’s victory was a major factor in the rally to nearly $20,000. Other developments including announcements by PayPal, Microstrategy and Square, as well as evidence of increased adoption on eToro, where the number of people making first time Bitcoin transactions hit levels last seen in December 2017, appear to have been major catalysts for the surge[…] There is reason to believe this rally has legs well into the new year.

Mike Ermolaev: In my opinion, this price rise has been in the works for a long time, and, barring more 2020-style surprises in the coming year, I think it can be sustained for a while. There is a feeling in the industry like the resistance has given out, cryptocurrency has proved itself.

Bitcoin’s halvings have all been timed to coincide with the US election cycle, making it very difficult to untangle what has the most significant impact on price.

However, the old adage is still true to some extent: When the US sneezes, the world catches a cold. With Trump still refusing to admit defeat, have we seen the worst of the effects this has had on Bitcoin and the global economy?

Mike Ermolaev: I am not sure how much of his refusal is theatre and how much of it represents an actual threat to stability. Now with the electoral college pledged and most of the nation wanting to move on, there is not much he can actually do. I don’t see his inevitable concession producing much of an impact at all.

Evan Harris: I think markets, especially those in the U.S., have moved on from President Trump. In late November, the Dow Jones Industrial Average broke 30,000 and big IPOs like Airbnb and DoorDash are pushing stocks forward. The second and third-round of COVID-19 shutdowns are likely to have the biggest impact on where markets go from here, as well as how the vaccines play out. I do think a Trump concession will have a slightly positive impact, however.

In terms of how the markets perceive this unprecedented refusal is uncharted territory. However, Trump’s refusal has not come as a huge surprise to many. Back in 2016, when the votes were being counted, Trump also claimed then that illegal immigrants had “rigged” the election by casting votes for Hilary Clinton. He soon dropped these allegations once it was clear that the election had gone in his favour.

Trump has received a great deal of criticism, from Republicans and Democrats alike, for how he has refused to concede and cast doubt over the validity of US elections.

Solomon Brown agrees: This refusal brings unnecessary confusion and puts markets into waiting and uncertainty. However, this is a very short-term effect. Trump’s inevitable “surrender” means that he would have to abide by the legitimate rules of game. Markets positively react to legitimacy and predictability.

One of the defining features of Trump’s presidency was the trade war that the US waged with China; an attempt to balance what Trump perceived as a rough deal for the US economy.

However, one of Trump’s glaring omissions in his attempts to beat the Asian superpower has been in the digital asset space. With China years ahead on the development of its CBDC (central bank digital currency), in the form of the digital yuan. The US is arguably in serious danger of falling behind the rest of the world, so it may be that a digital dollar is in the works over the next few years.

Will Biden’s administration have the political will to attempt to catch up with China?

Evan Harris: I don’t think the Biden administration will provide any meaningful policy change or push for a digital dollar. It could be a missed opportunity because frankly, the US isn’t in danger of falling behind — it is already behind.

Digital currencies will mean faster and cheaper financial transfers and I do think the US will suffer economically if CBDCs are not taken seriously in the coming years. If adopted, an American digital currency would hurt cryptocurrencies and create a pyrrhic dynamic between the US Federal Reserve and commercial banks. If the US is keen on keeping its place at the top of the global economic ladder, it needs to jump on the CBDC bandwagon.

Guy Hirsch: At this point, it is far too early to tell if such an initiative would be undertaken but, should the US fail to embrace a CBDC, there is danger of falling behind China and others who deploy such assets; especially when it comes to trade and commerce.

Mike Ermolaev: The problem [for the US] is that it operates so differently than China and other places. In China, the government decided they wanted to take digital assets seriously and voila, things get moving. In the US however, the government has played a much more reactive role, and the burden has been on businesses in blockchain and crypto development to innovate. However, once China rolls out its CBDC, the US will be forced to take more action.

Governments have increasingly shown that they almost always fall behind new technologies, as centuries old legislative processes struggle to keep up with the ever increasing pace for technological change.

The crypto space looks promising for cryptocurrencies and digital assets as we enter the new year. Even if the US continues to sit on its hands in regards to cryptocurrencies, excitement, intrigue and disappointments are guaranteed to pop up in one form or another this year.

Thank you to all our panel members for contributing to our first ever expert roundtable and a Merry Christmas to all our readers.

The post Industry Experts Speculate on the Future of Bitcoin Under Biden appeared first on Coin Journal.

Regulators should be worried about Bitcoin: Goldman Sachs

Goldman Sachs senior chairman, Lloyd Blankfein, stated that regulators should be concerned about the recent Bitcoin rally Yesterday, the CEO…

Terra is heading back up towards its all-time high, raising the possibility of another extended rally Terra is enjoying another…