Ethereum has seen a magnificent price surge totaling over 56% throughout the past 7 trading days. This price move has now allowed Ethereum to fly above the $200 level to where it currently is trading at around $265. The Ethereum coin has now created a fresh 8 month high after rising by a total of 121% over the past 90 trading days.

Ethereum remains in 2nd place amongst the top cryptocurrency coins by market cap value as it currently holds a $28.11 billion market cap, according to CoinMarketCap data. 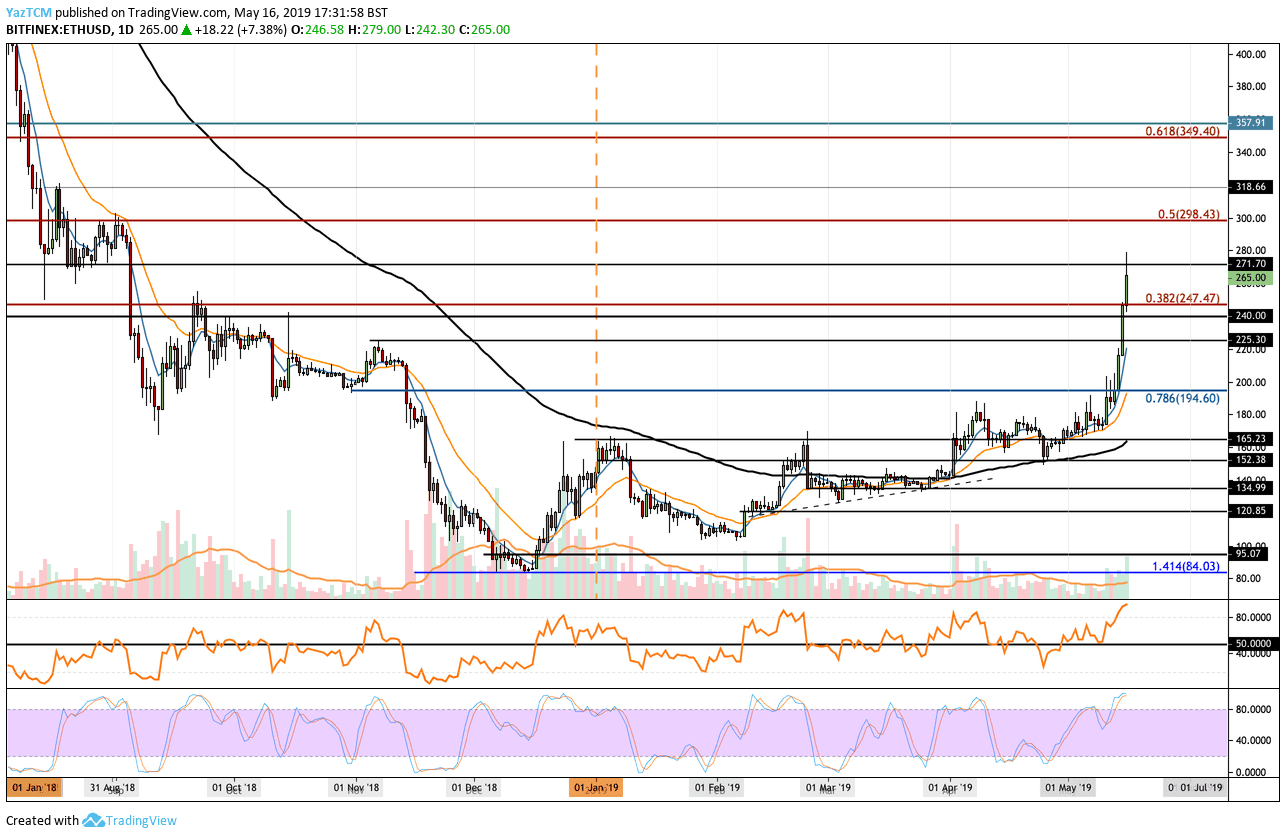 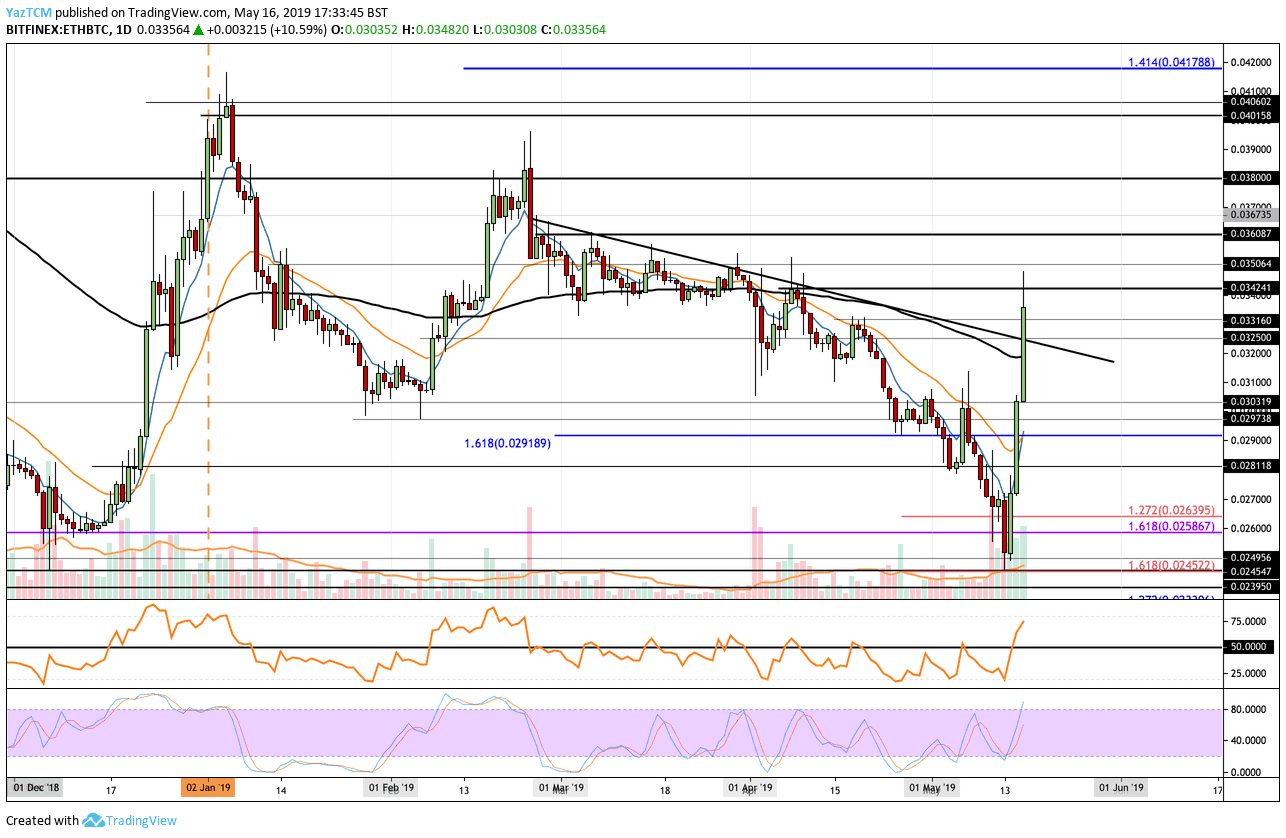 The post Ethereum (ETH) May 16 – Ethereum Breaks Above $250 And Continues Higher appeared first on CryptoPotato.

The Ethereum Golden Cross: A Break Above $142 Could Send ETH Toward $170 – Price Analysis March 8