EOS is showing signs of a recovery after a recent drop toward $3.35. The market is now trading around $3.59 after a 2% price increase over the past 24 hours.

This comes off following a news report about a hacker had managed to move over 2.09 million EOS coins, approximately $7.7 million equivalent value. The hacker was able to obtain access after an alleged failed update by an EOS Block Producer. He went on to transfer the stolen funds onto his Huobi exchange account. However, the security team at Huobi had managed to detect the unusual EOS deposit and noticed the funds coming from a blacklisted EOS account. The exchange security team then proceeded to freeze the hackers account and its funds on the exchange.

Looking at the EOS/USD 1-DAY Chart 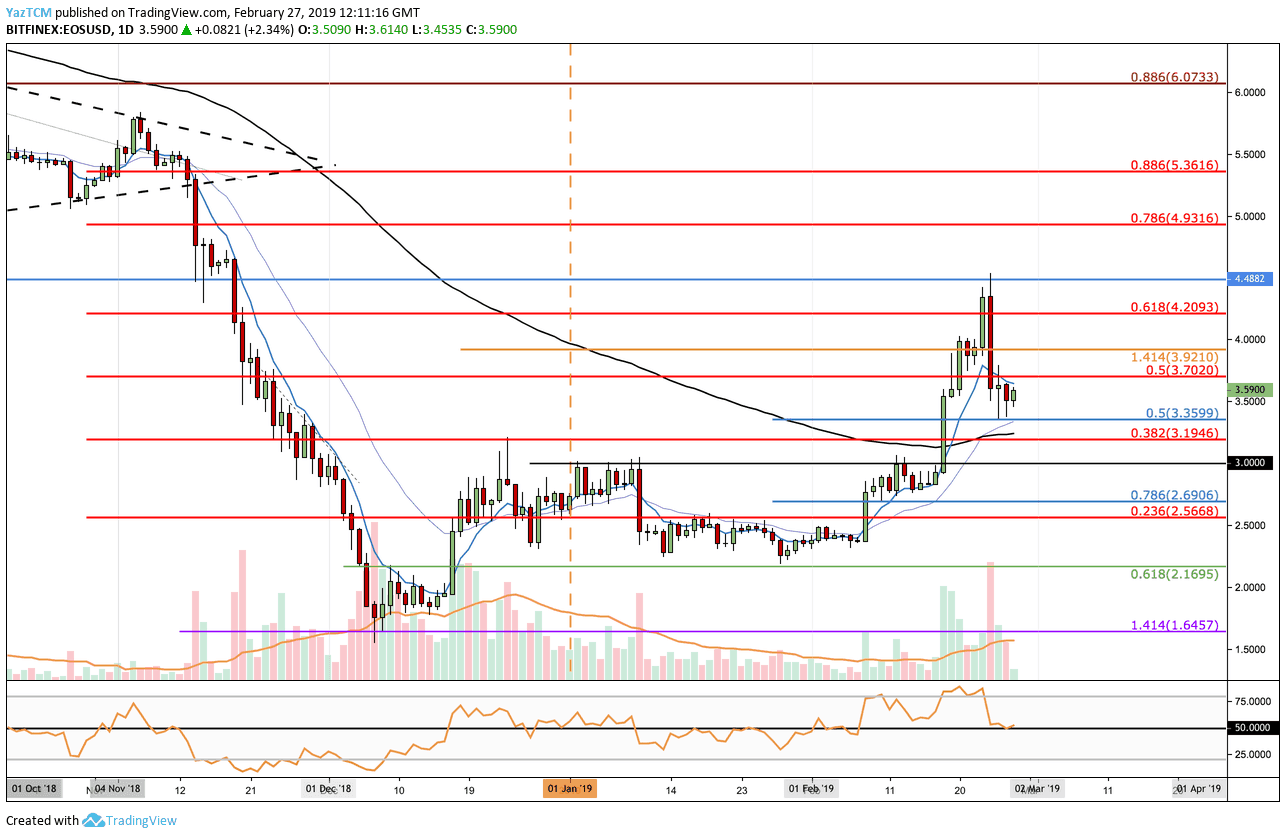 Looking at the EOS/BTC 1-Day Chart 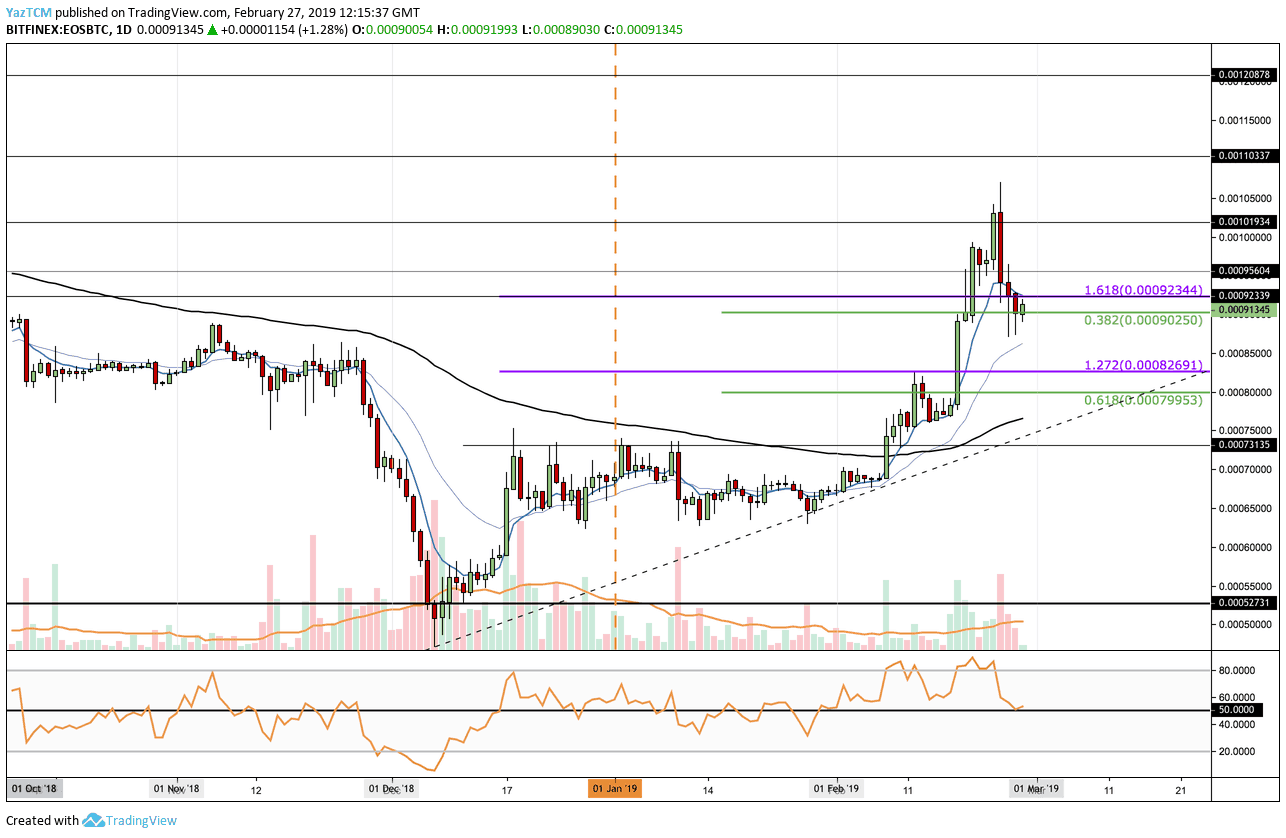 The emerging revolutionary field of Decentralized Finance (DeFi) is getting a lot of attention lately from investment funds, who are…

Kriptomat is a completely compliant and standardized platform for purchasing, securely saving, and utilizing cryptocurrencies for any payments. What is Kriptomat?…