Bitcoin Cash Satoshi’s Vision (BSV) has surged with 50 percent throughout the past 24 hours. This allowed it to occupy the eight spot amid the top ten cryptocurrencies by means of market capitalization.

Bitcoin SV, a cryptocurrency backed by the self-proclaimed Satoshi Nakamoto, Craig Wright, has yet again marked a day trading in the double-digit profit zone.

In the last 24 hours, BSV has soared substantially, marking an increase of 45 percent at the time of this writing. 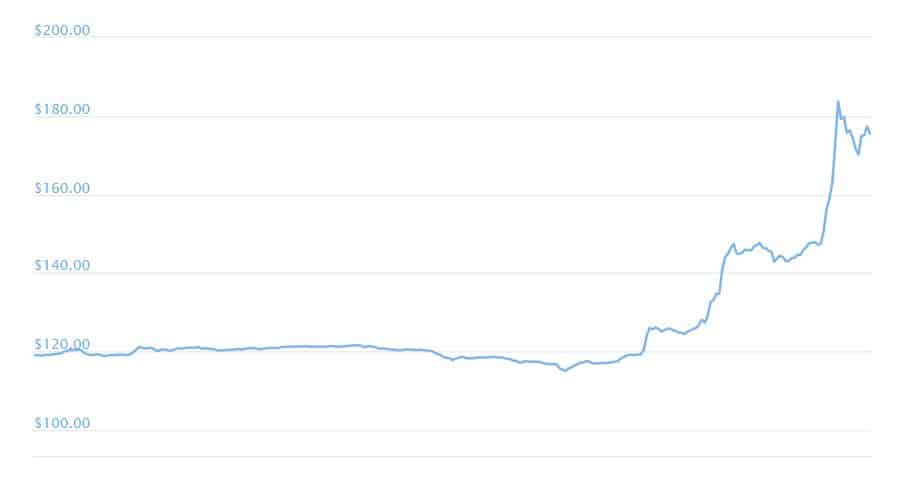 At present, BSV is sitting on a market cap of around $3,1 billion, making it the 8th largest cryptocurrency by this metric. Its price at present is $175.15.

More impressively, BSV is one of the better performing altcoins throughout the entire 2019. Since January 1st, the cryptocurrency has marked an increase upwards of 100 percent, more than doubling up in price.

What Caused the Surge in BSV’s Price?

When significant increases of the kind take place, one of the most important questions to answer is what’s causing the surge.

Popular cryptocurrency commentator Dovey Wan has shared information that someone had purposely forged an image which is circulated by Chinese news media and reads the following:

CSW Transferred 50K BTC from the biggest BTC wallet to Binance, which confirmed he is the real Satoshi. As such CZ will re-list BSV and make an official apology on Twitter.

Seems someone did it purposely just around the same time BSV pumped just an hour ago.

No doubt, according to Wan, this is fake news. However, she also says that the snapshot had gone viral in many retail groups, causing people to get excited and tricked into buying BSV.

As Cryptopotato reported earlier today, there have been some developments surrounding the case of Bitcoin SV proponent Craig Wright and popular cryptocurrency podcaster Peter McCormack as well. It turns out that the former is suing the latter for libel in a case worth GBP 100,000. McCormack has shared that the case is definitely going to be tough for him, because if it turns out to be a fully-fledged trial, it could amount to as much as GBP 750,000 in expenses, which will double if he loses.

The last time BSV marked an impressive surge of 120 percent was when Wright managed to get copyright registrations for Bitcoin’s Whitepaper.

In any case, we have yet to see whether or not the present rally will continue and if it will manage to hold its gains.

The post Did Bitcoin Cash SV Surge 50% Because Of Fake News? appeared first on CryptoPotato.

What is eToro? Beginner’s Guide To The Social Trading Platform

Aavegotchi Staking: A Simple Guide On How To Stake Your GHST Tokens!

According to its whitepaper, Aavegotchis are unique crypto-collectibles residing on the Ethereum blockchain. They are supported by the ERC721 standard…