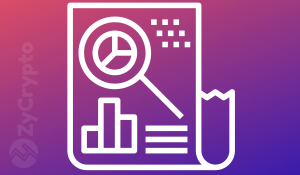 This has influenced investor sentiments on some coins. In some instances, the RSI has dropped, threatening to cross over into the ‘oversold’ area. Also, support levels were tested and breached in some instances and Resistance zones lowered as seen below:

The pair has been engulfed with a strong Bearish momentum which has seen its price drop from $0.32141 to $0.31995, a 0.3% drop. The bearish momentum seems set to keep going as seen from the contracting triangular pattern formed by the two Moving averages (C and B). Further, the 30 day EMA (B) crossed over the 9-day EMA (C) yesterday and has gone ahead to open up a huge gap between them.

The 9-day EMA is currently below the 30-day EMA and is acting as the price support which goes to show the strong Bearish momentum in the market may go on for some time.

In the markets, XRP was marked with huge sales that have seen the RSI (A) threaten to cross over into the ‘oversold’ region. The coin sold $368.3 Million over the last 24 hours and is currently at $13 Billion in market capitalization. 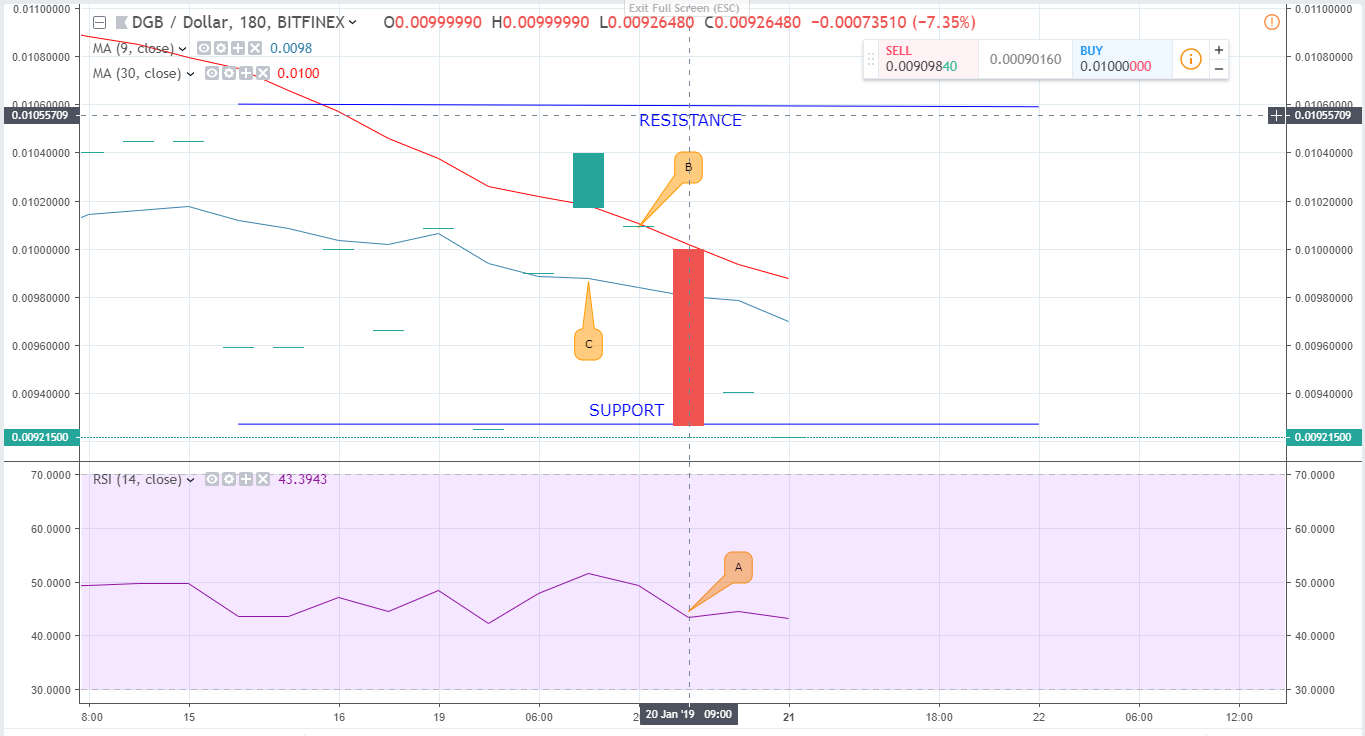 Digibyte has had little to no activity in the markets over the last couple of days. In the last 24 hours, it dipped by 2.5% and only sold $1.2 Million in total. The coin, with a market capitalization of $109 Million, looks as though it is headed downwards seeing that its 30 day EMA (B) has been dominantly above the 9 day EMA (C). Additionally, both EMAs are below the price level which spells a strong bearish outlook in the near future.

In terms of sales, there has been minimal activity, with the RSI (A) oscillating between 40 and 50 (the Middle zone). Investor sentiments can’t be said to either be neither positive nor negative.

Unless the Bulls can increase their momentum, Digibyte will keep on dipping.

The dip has seen its market capitalization clock at $61.6 Million

One Year In, a Big Thank You from Newton!

December 25 is Grav-mass, the birthday of Sir Isaac Newton. On December 25, 2017, Newton Project, the infrastructure for the…