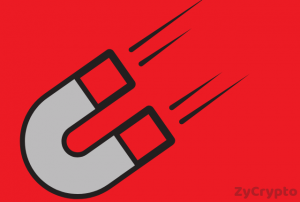 European central bank policymaker, Ardo Hanson opined that digital currencies would probably end up a load of nonsense. The Estonian central-bank governor told a conference in the Latvian capital of Riga.

The Crypto Bearish Trend and Trend of Pessimists

The bearish crypto trend that was prevalent throughout the year 2018 and continues into the new year had led to great shed of the value of Cryptocurrencies as well as the market cap. The huge loss that the market has seen has further made the opinion of the group of pessimists prevalent.

The prevalence of pessimists has led to huge sell-off of crypto holdings as more pessimists predict doom for the crypto market. One of the prevalent doom prophets of the Cryptocurrency market is the governor of the Estonia central bank, Ardo Hanson. While the majority of the crypto enthusiasts around the world is awaiting the reversal of the crypto market to a bullish trend, Hanson only sees doom ending the crypto story.

The European central bank policymaker Ardo noted in that the bubble of the crypto market is already collapsing and maybe the extent of the collapse should be waited for till what is left when a new equilibrium has been reached. He further noted while speaking at a conference in the Latvian capital of Riga that he thinks that the world will come back a few years from now and say how could we ever have gotten into this situation where this type of a fairy tale (Cryptocurrency) is believed.

Hanson also noted that the authorities need to be more focused on the aspects of investors protection in case the grandmothers start investing in it. Also, he expressed fears of Cryptocurrency usage to conduct illegal activities and financial stability can also arise if the links between the virtual assets and the regulated financial sector are starting to increase.

The opinion of Hansen has been shared recently by the financial watchdog of Estonia. The agency stated that it views companies that provide services linked to the crypto asset as a new source of money laundering risk.

Meanwhile, the crypto industry in the country has seen considerable growth as the financial watchdog has issued almost 500 licenses to cryptocurrency exchange providers in a year and more than 440 licenses to companies offering a wallet service. However, the fulfillment of the opinion of Hanson is subjected to time.

The post Cryptocurrency To Crumble As “Load of Nonsense” – Ardo Hanson appeared first on ZyCrypto.

With Or Without A Bitcoin ETF, The Crypto Industry Will Grow – Says Binance CEO CZ

The CEO of one of the biggest exchange, Binance, aired his view in an ask-me-anything live stream video interview, on…

Malta AI & Blockchain Summit throwing a Massive Conference in May