The resistance at $5,500 has been breached and the next one lies at around $6,000 and it’s very close. However, it is very difficult to hold beyond the resistance of $6,000, but if it would be breached, the next resistance will be around $8,000, in the bigger picture (for smaller time-frames please refer to our daily Bitcoin price analysis). Meanwhile, the support is being built at around $5,600. 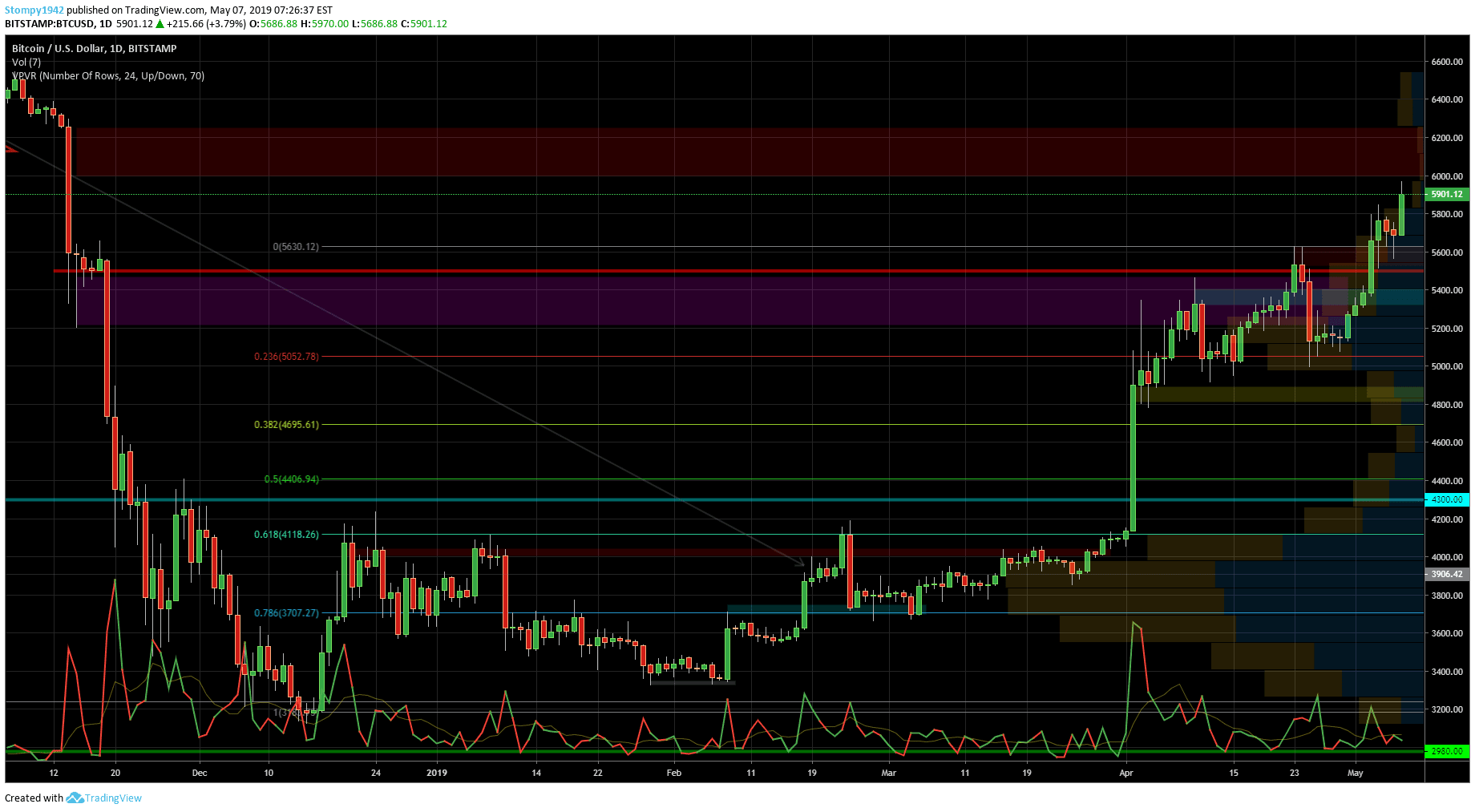 Against the USD, the rising trend (marked with the yellow line) continues and the support for this range is found at $160. Resistance is at $185 and if breached, the next resistance is at $210. 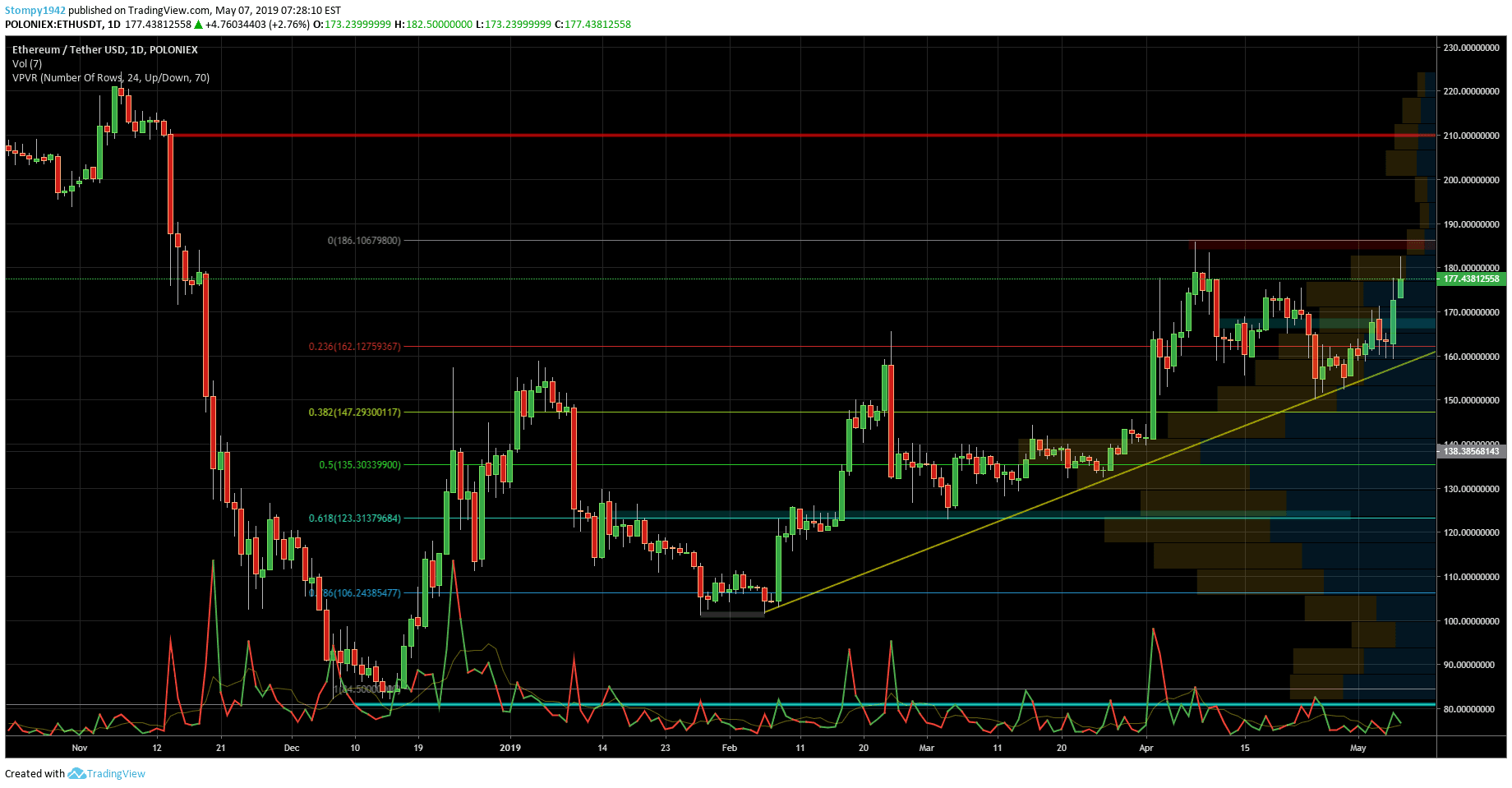 Against Bitcoin, the price shuffles down with support sitting at around 0.028BTC. The resistance of Fibonacci levels is a 0.78, which is around 0.03BTC, where the support held from February. 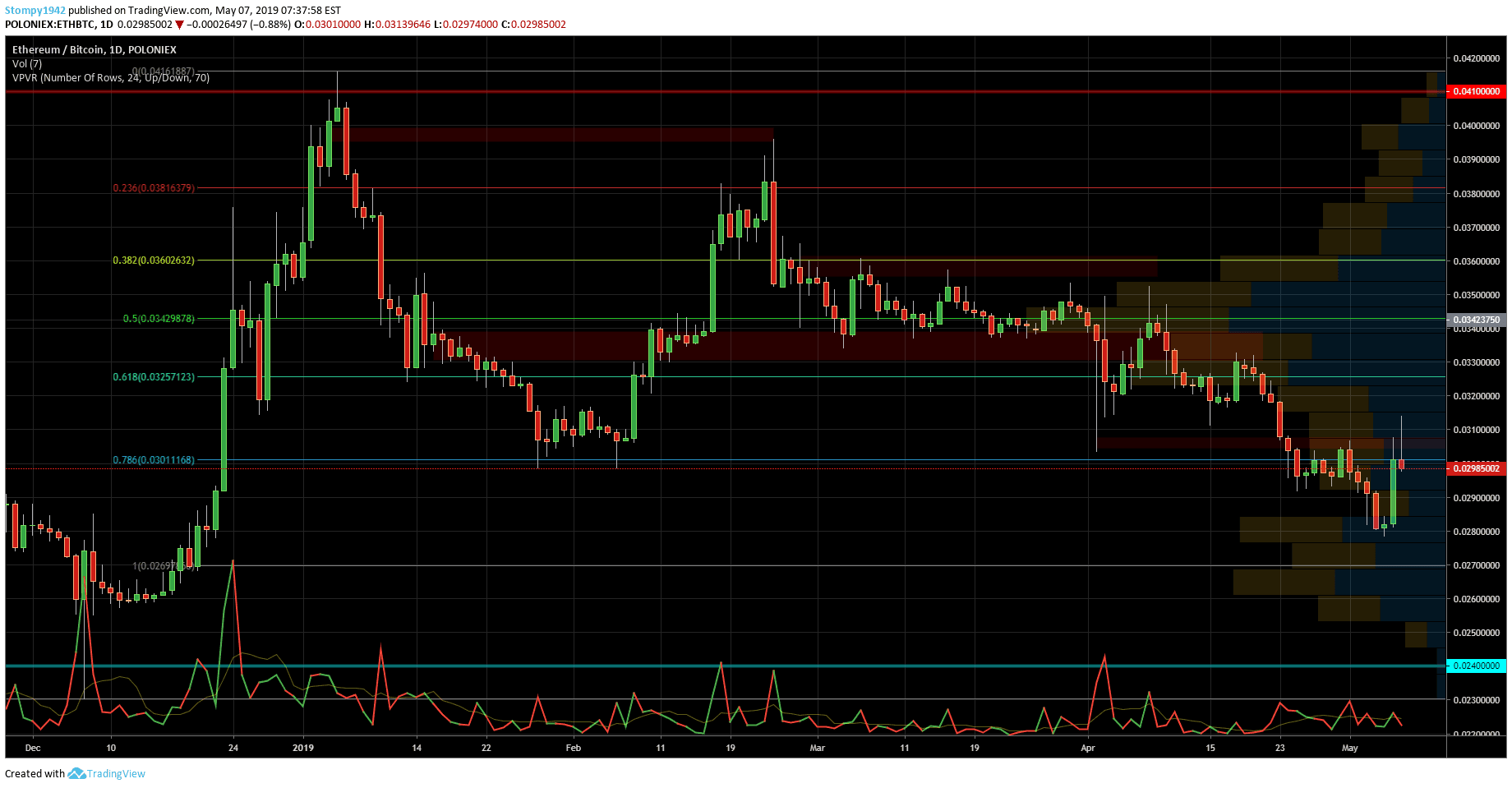 Against the USD, trading is relatively stable with support at $0.28 since December. This level saw quick bounces upward every time the price reached it. Resistance in this area is at $0.32. 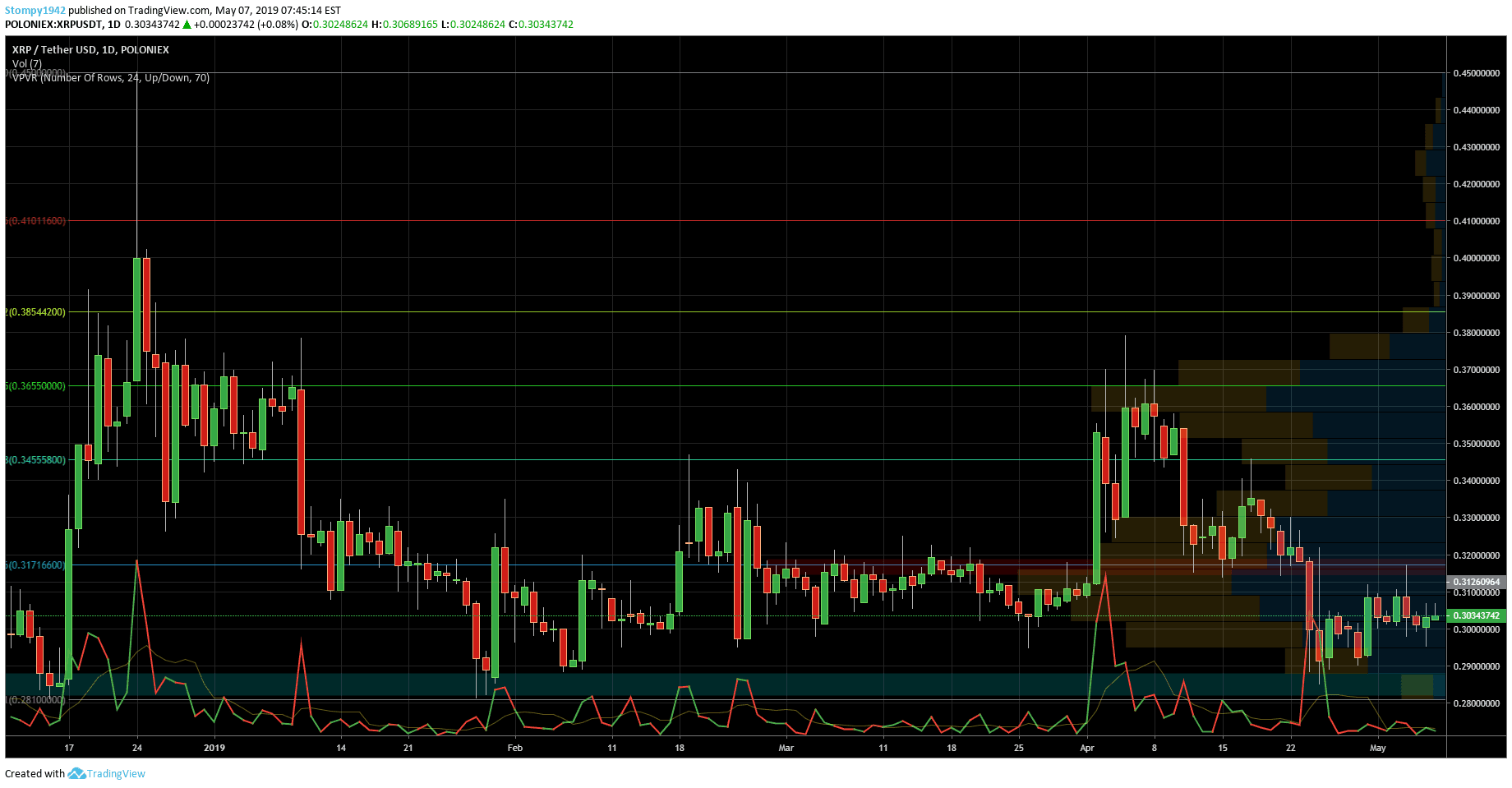 Against BTC, the price continues to go down and to look for support. Meanwhile, the support is sitting at around 5000SAT and the resistance is at 5500SAT. In 2019, the interest in trading Ripple appears to be based mainly on its stability against the USD. 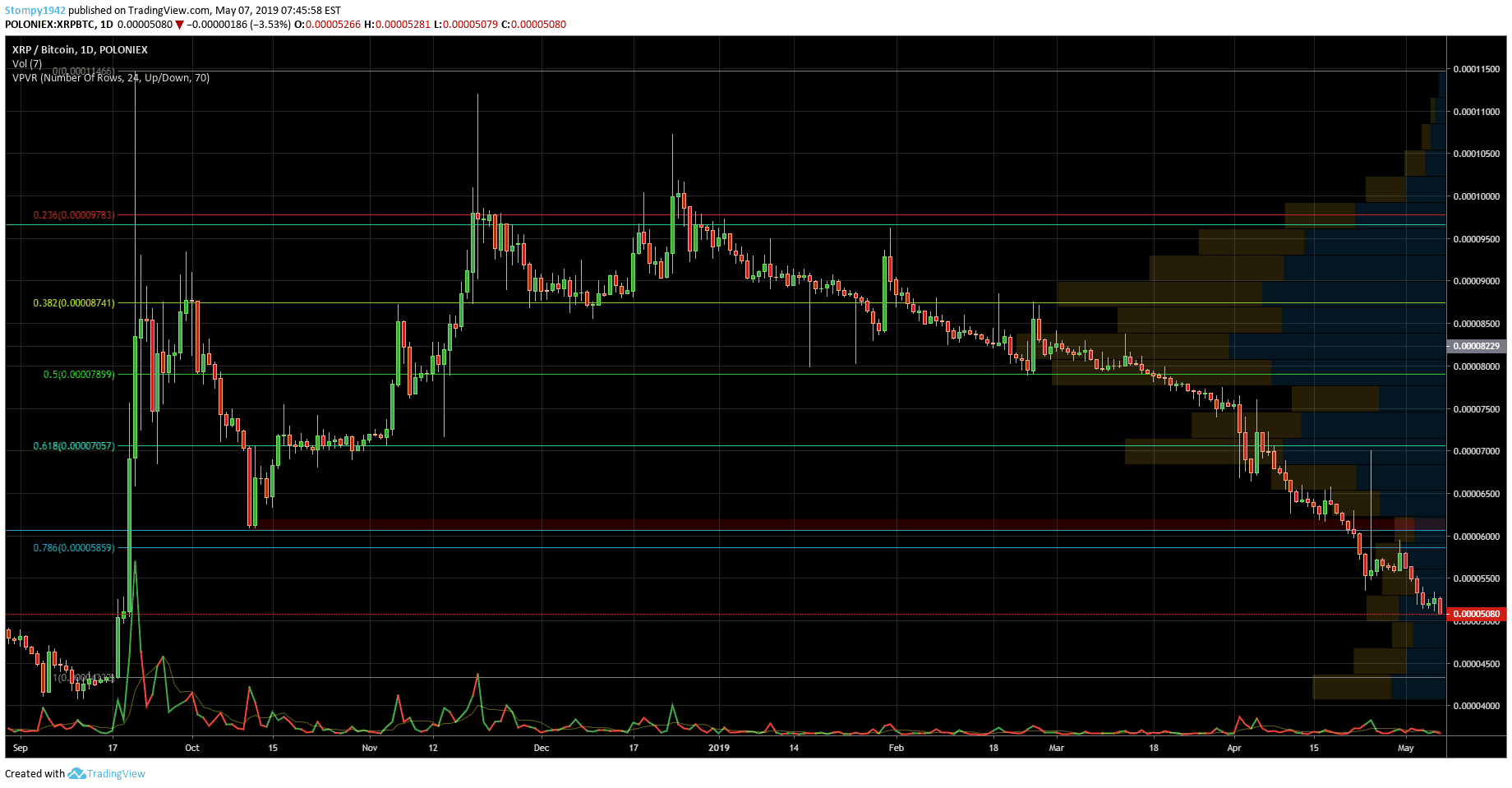 Against the USD, ever since the beginning of the year, the range between $2.5 and $3 was stable until the end of April. This is when a correction struck, lowering the prices below the $2 support levels. The resistance in this range is at $2.4. 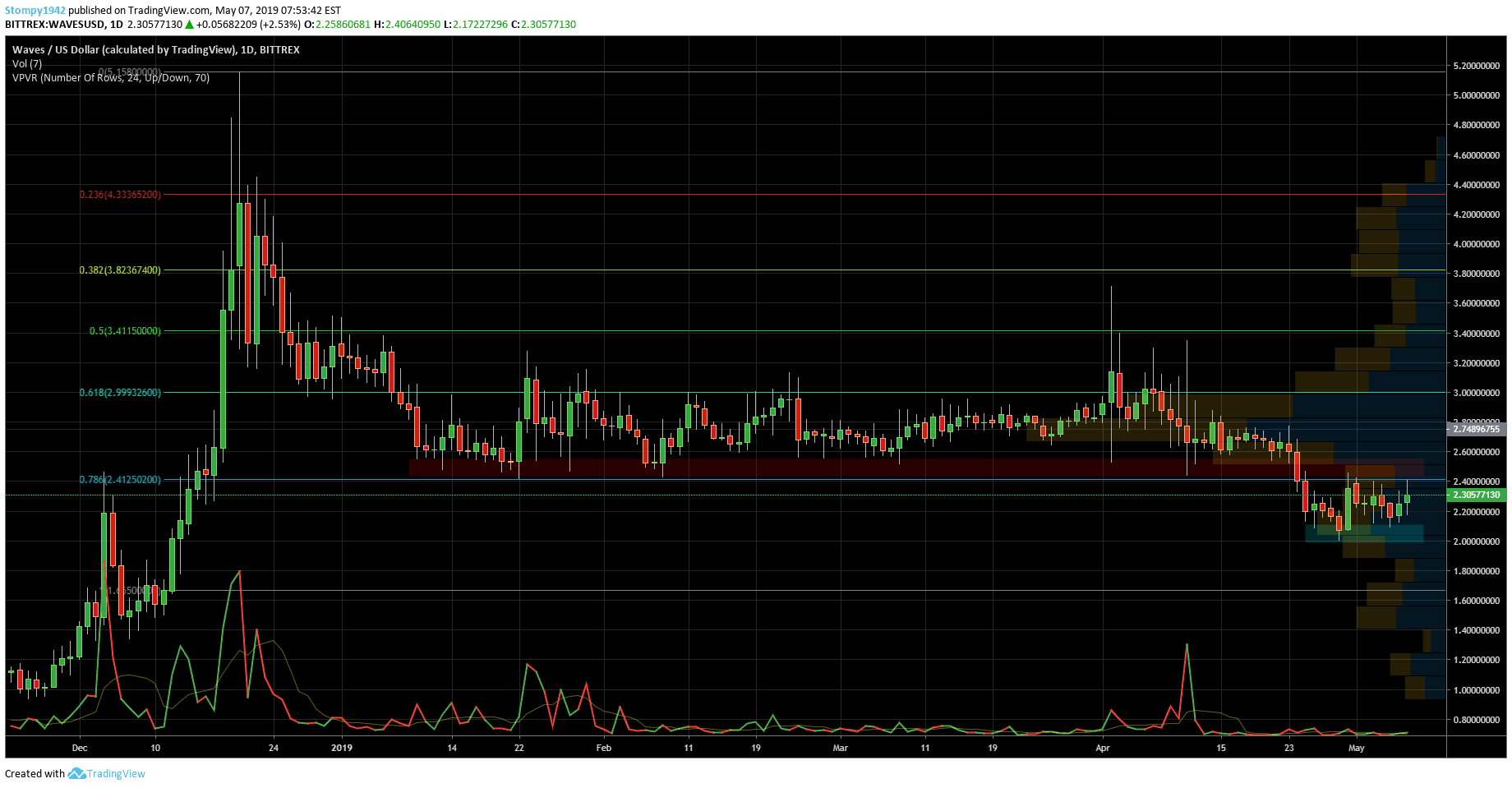 Against Bitcoin, there is a downward trend and a return to the levels which were seen in December. At the moment, the support seems to hold at around 0.00035BTC. If breached, the next support is at 0.00025BTC. The resistance in this range is at 0.00038BTC and the RSI is at the floor. 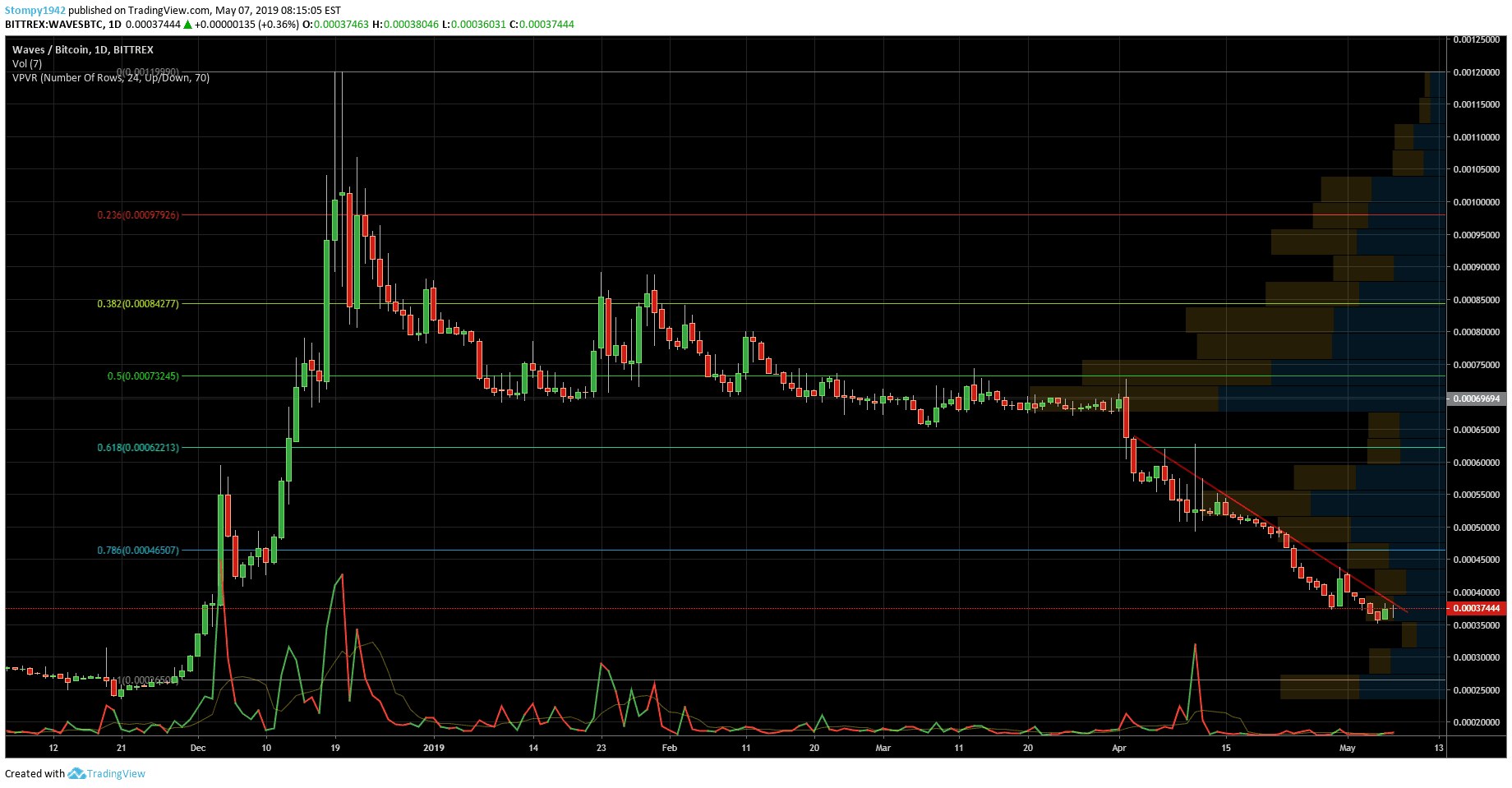 Against the dollar, there is a positive trend which started in April and it reached $138. After that, we saw a correction and since then the price is trying to climb back up again. The support for this range is at around $115, while the resistance is at $123. 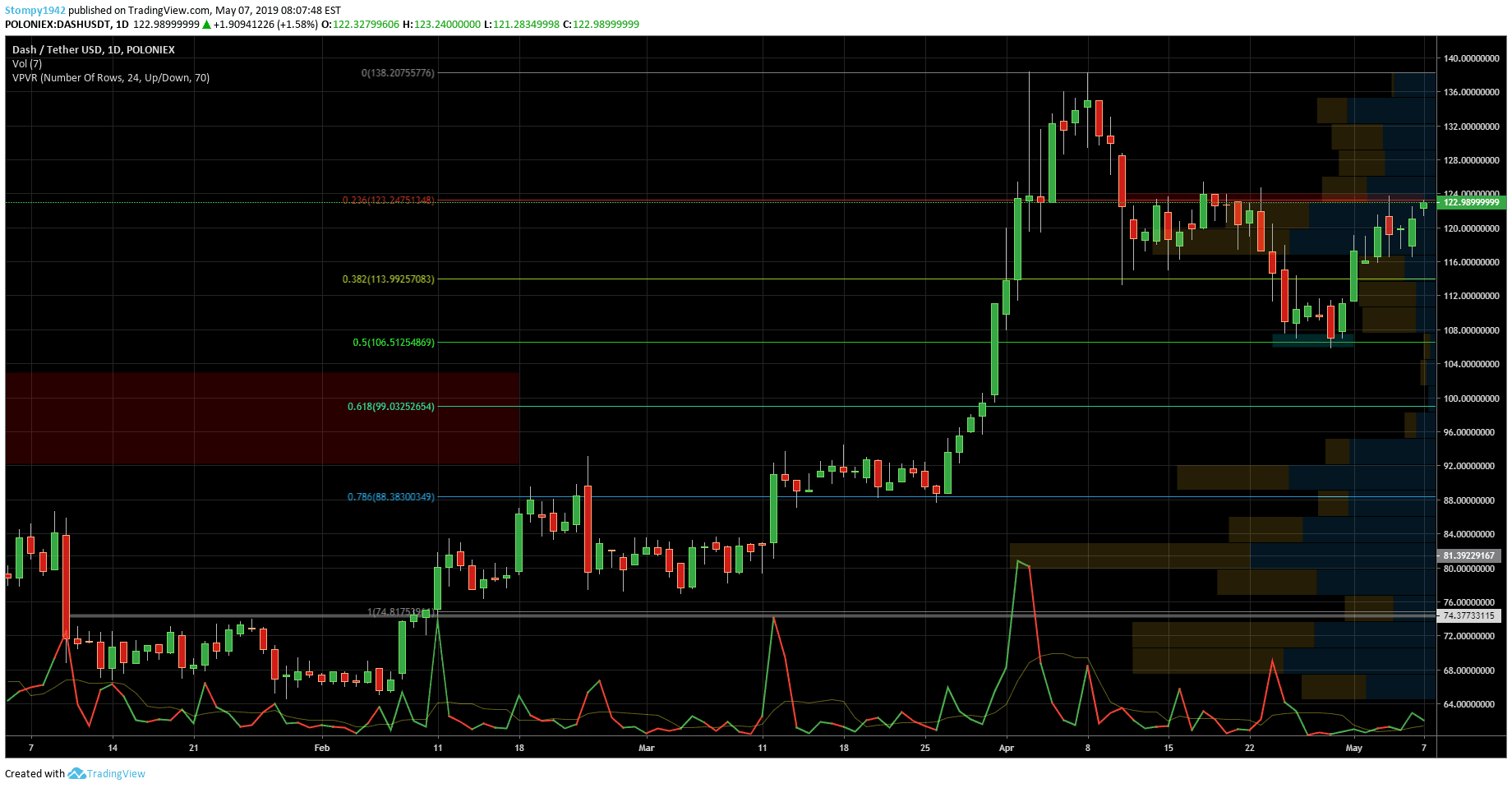 Against BTC, on the weekly graph, we see the price going back to the support levels at 0.02BTC, which is not far from the floor that we saw back in December at 0.01BTC. The resistance in this range is at 0.022BTC. 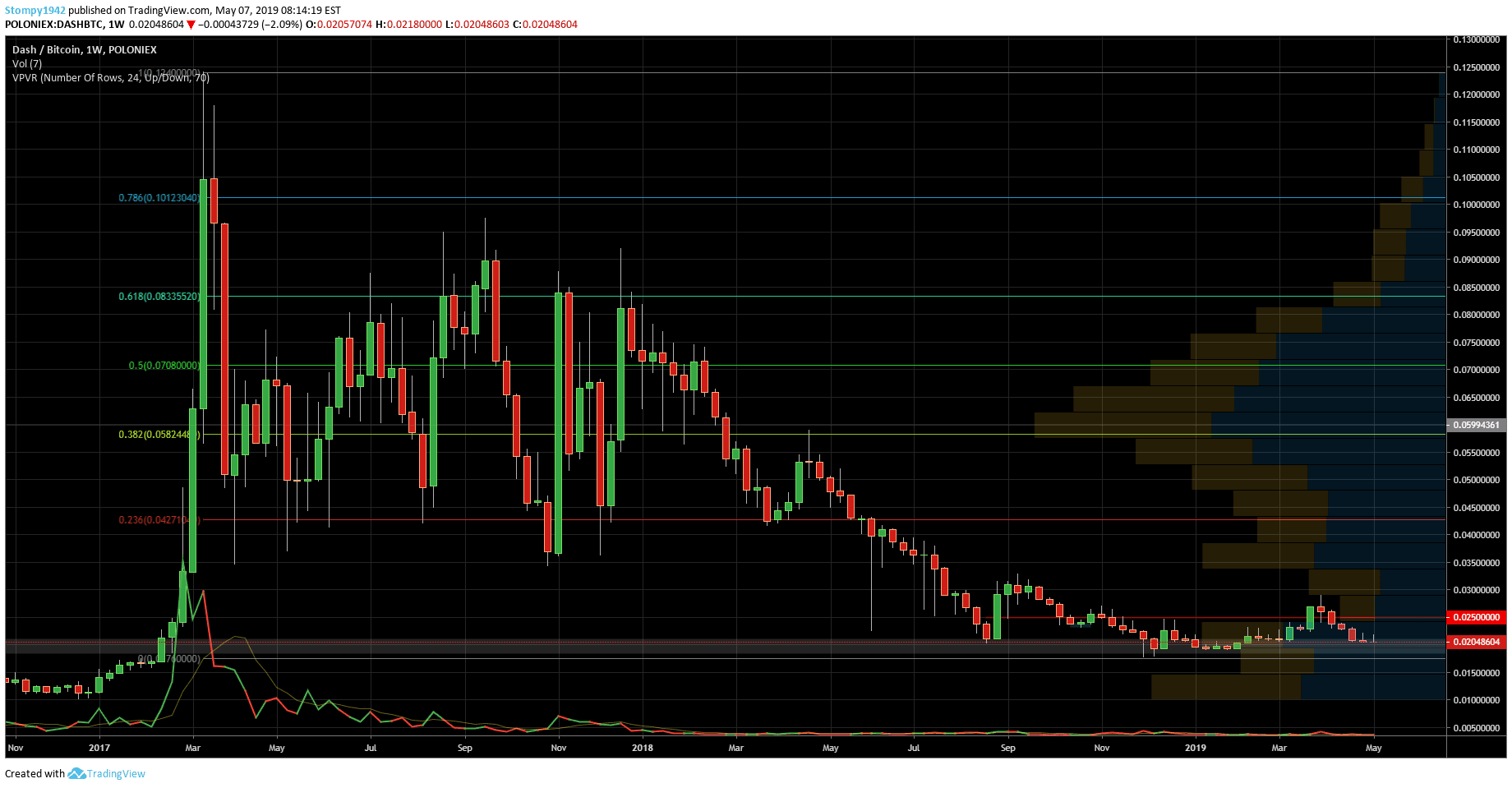 Bank of America CEO: With the Rise of Cryptocurrencies, We Want a Cashless Society

Following a rather turbulent couple of weeks in the cryptocurrency markets, more good news keeps on rolling in. The CEO…

EOS is showing signs of a recovery after a recent drop toward $3.35. The market is now trading around $3.59…