Resistance is found at $8,400. On one side, we saw four failed attempts to break out and on the other, it seems that large realizations are not frightening the market at this time. Bitcoin continues to trade around $8,000. Support is being built around $7,600. However, it’s fragile and there’s a good chance to draw a double top and a correction is still not out of the question. But as we have seen, Bitcoin’s price acts unexpectedly as most of the technical analysis saw very strong resistance around $6,00 which was broken relatively easily. 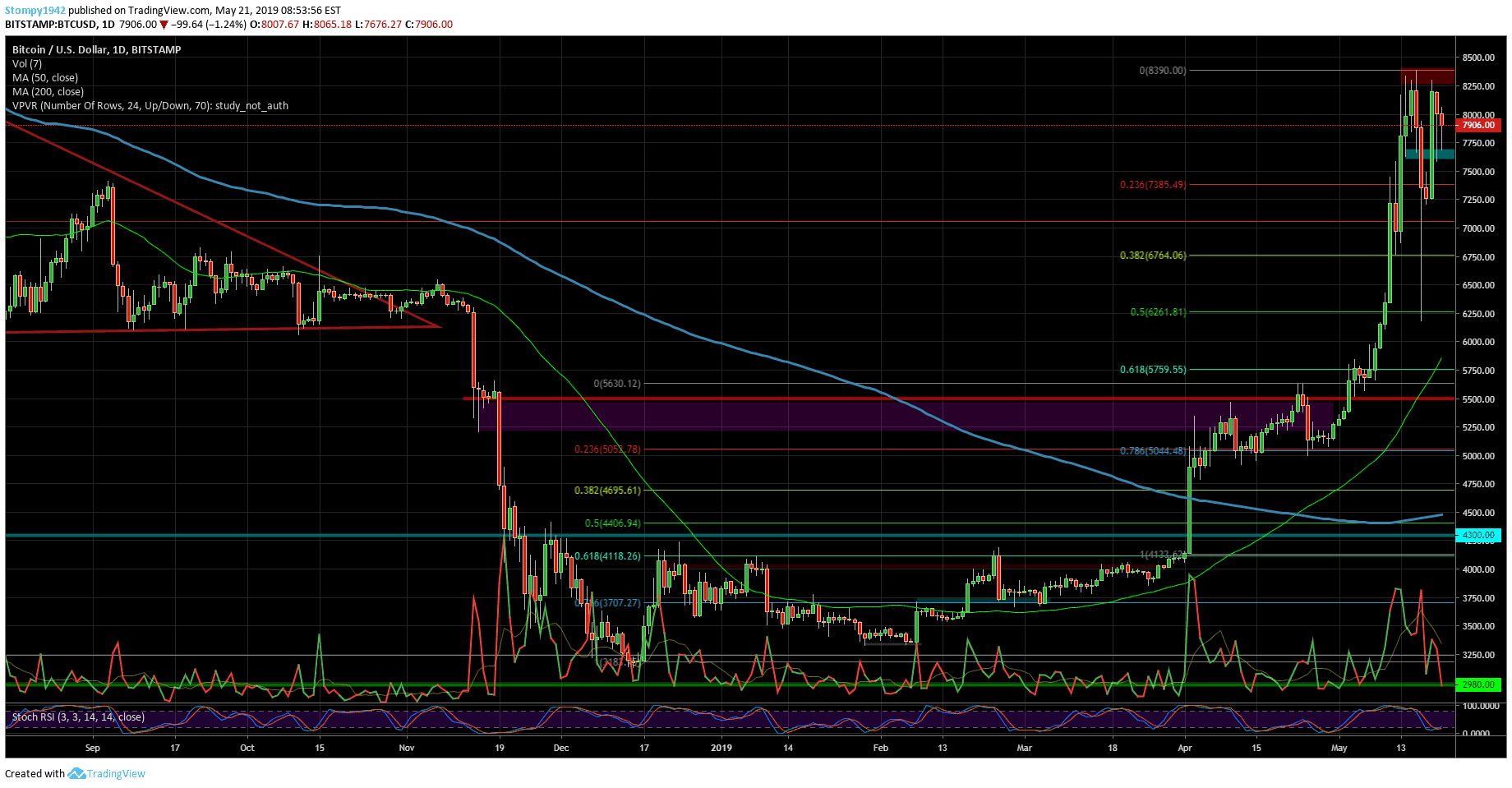 Against the USD, resistance is at $280 and if it’s breached, it will be possible to mark the completion of the reversal trend we have seen. The support holds at around $230 in this range. 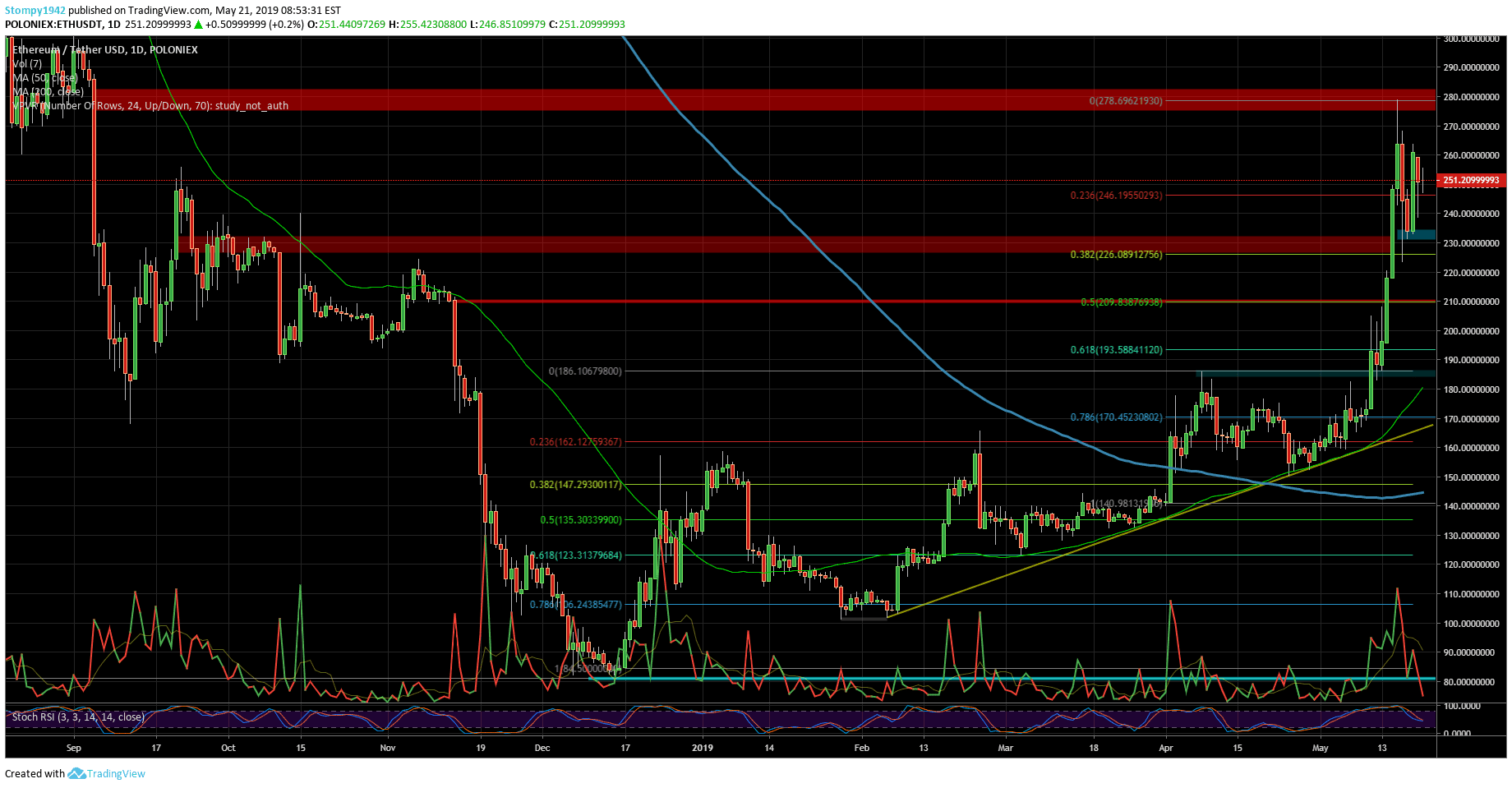 Against Bitcoin, the price is not far from the floor marked for the third time since November – at around 0.024 BTC. Massive support has returned the price to around 0.033BTC. Resistance at this range is at 0.034BTC. 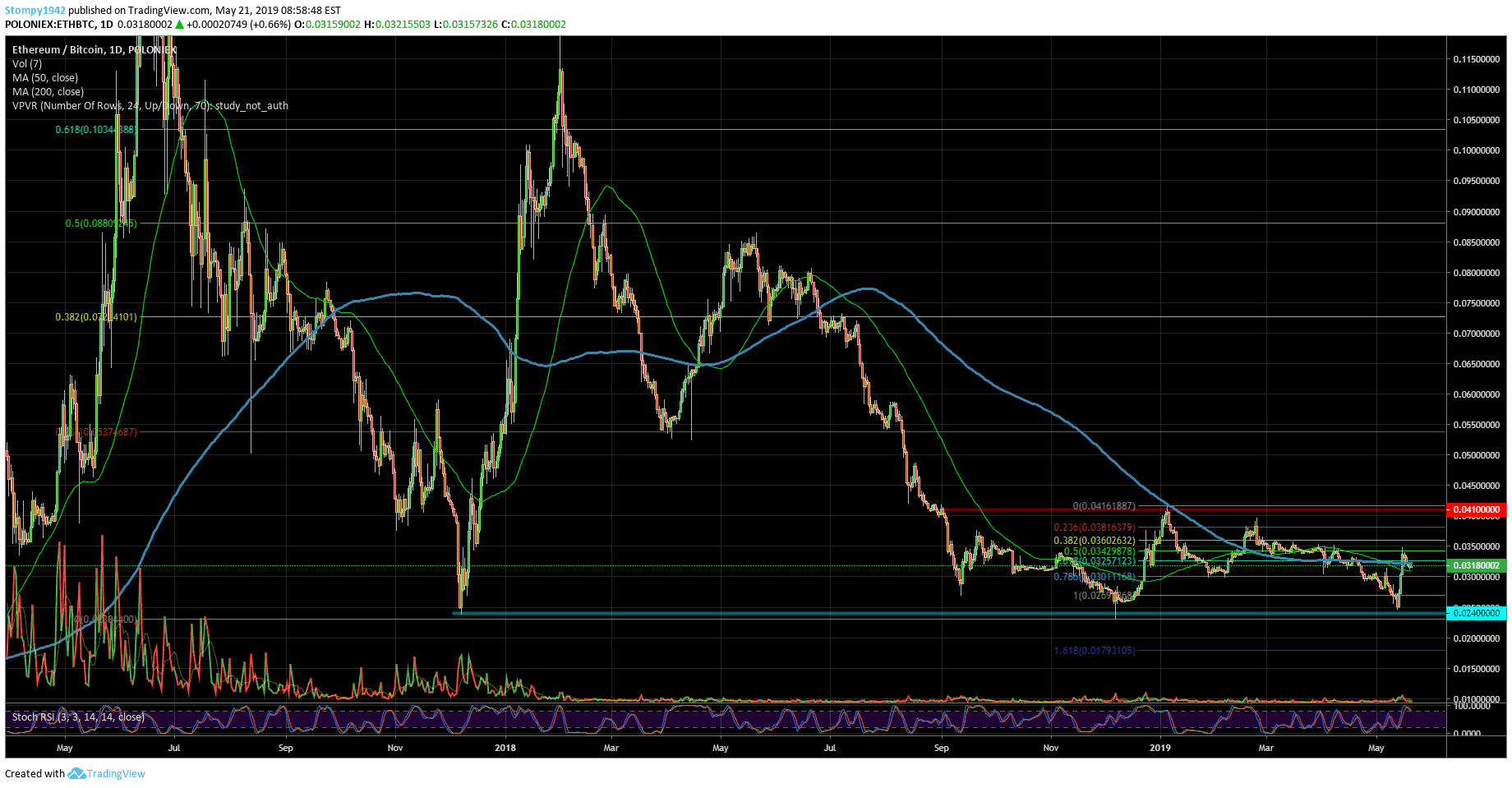 Against the dollar, resistance is at 42 cents while the support is at 38 cents. The 50MA is approaching the 200MA cross attempt. This crossing happened last time in April 2018. If it happens again, it could be seen as a positive sign. 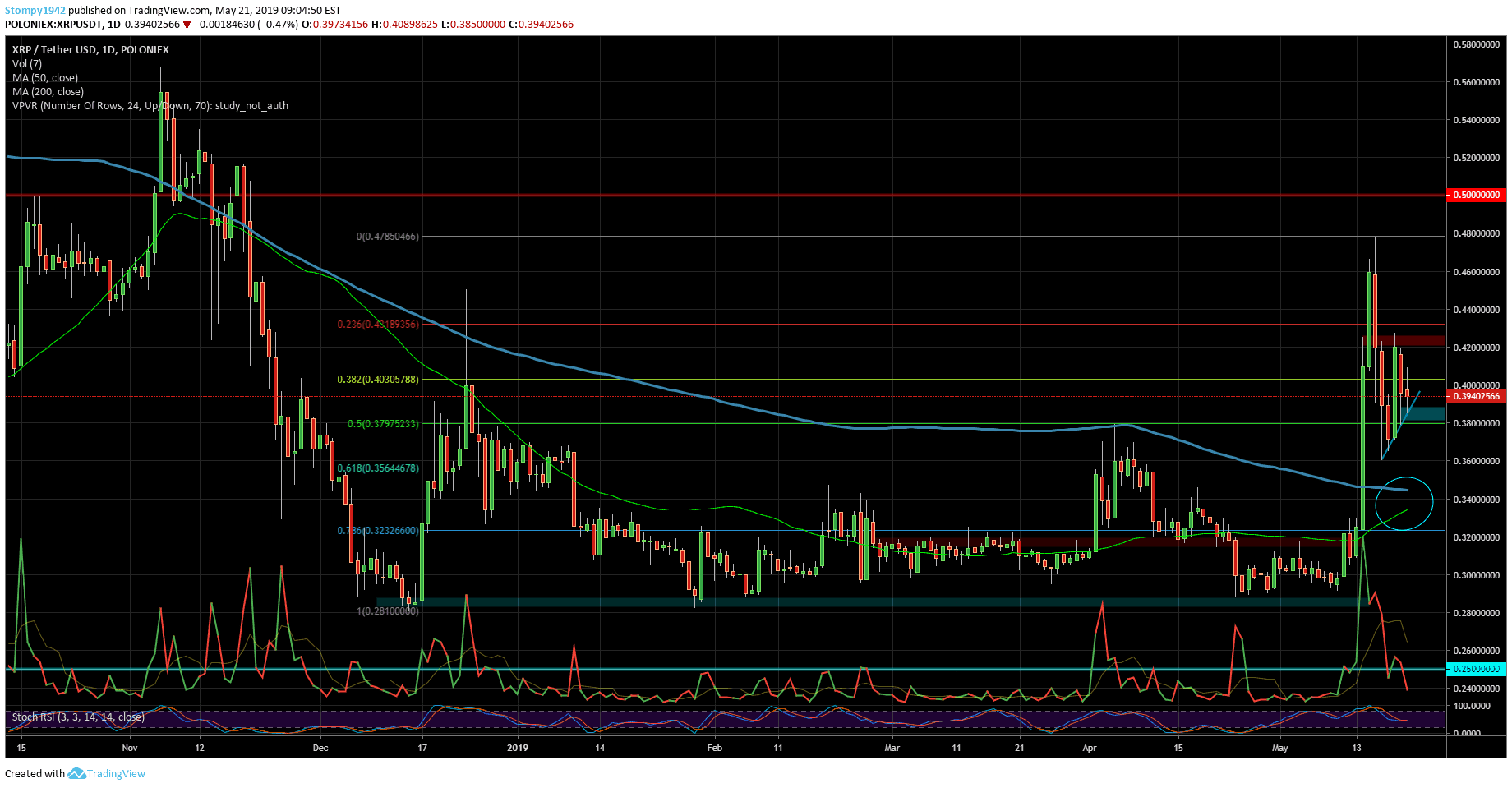 Against Bitcoin, there is a double floor pattern at around 4000SAT. The support is built around 5000SAT and the resistance is at 5300SAT. As with many Alts during this period, the interest in trading is against the USD, so one must take into account the possibility of a sharp rise in Bitcoin. 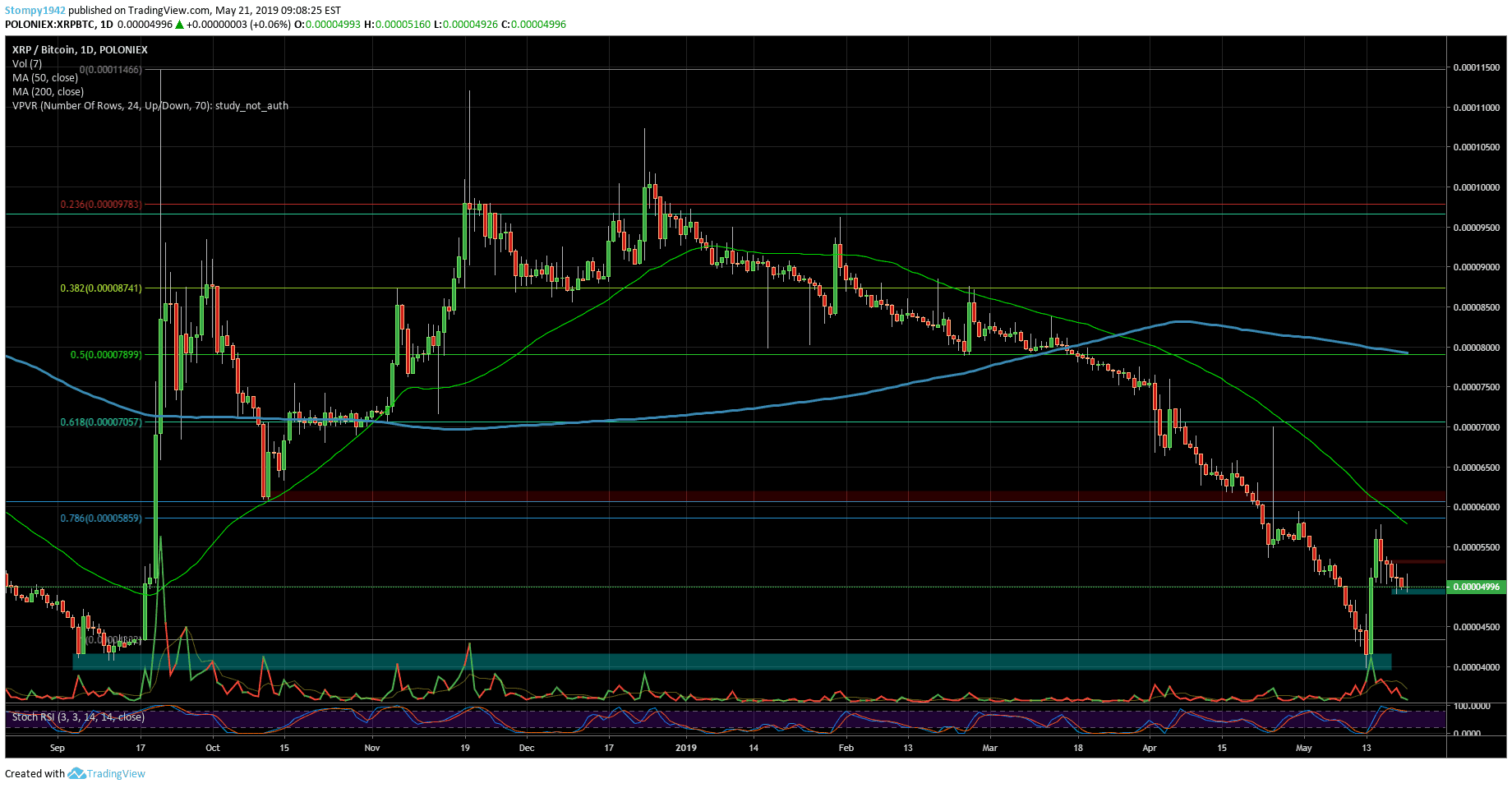 Unlike most of the market, the majority of trading here is done against Bitcoin. The descending trend begins to recover although it’s still far from the top at around 36SAT. The floor is at 9SAT and from there it rises to 18SAT where we can see the resistance. We saw an impressive increase of 100 percent followed by a 12SAT correction, where the support is at this range. 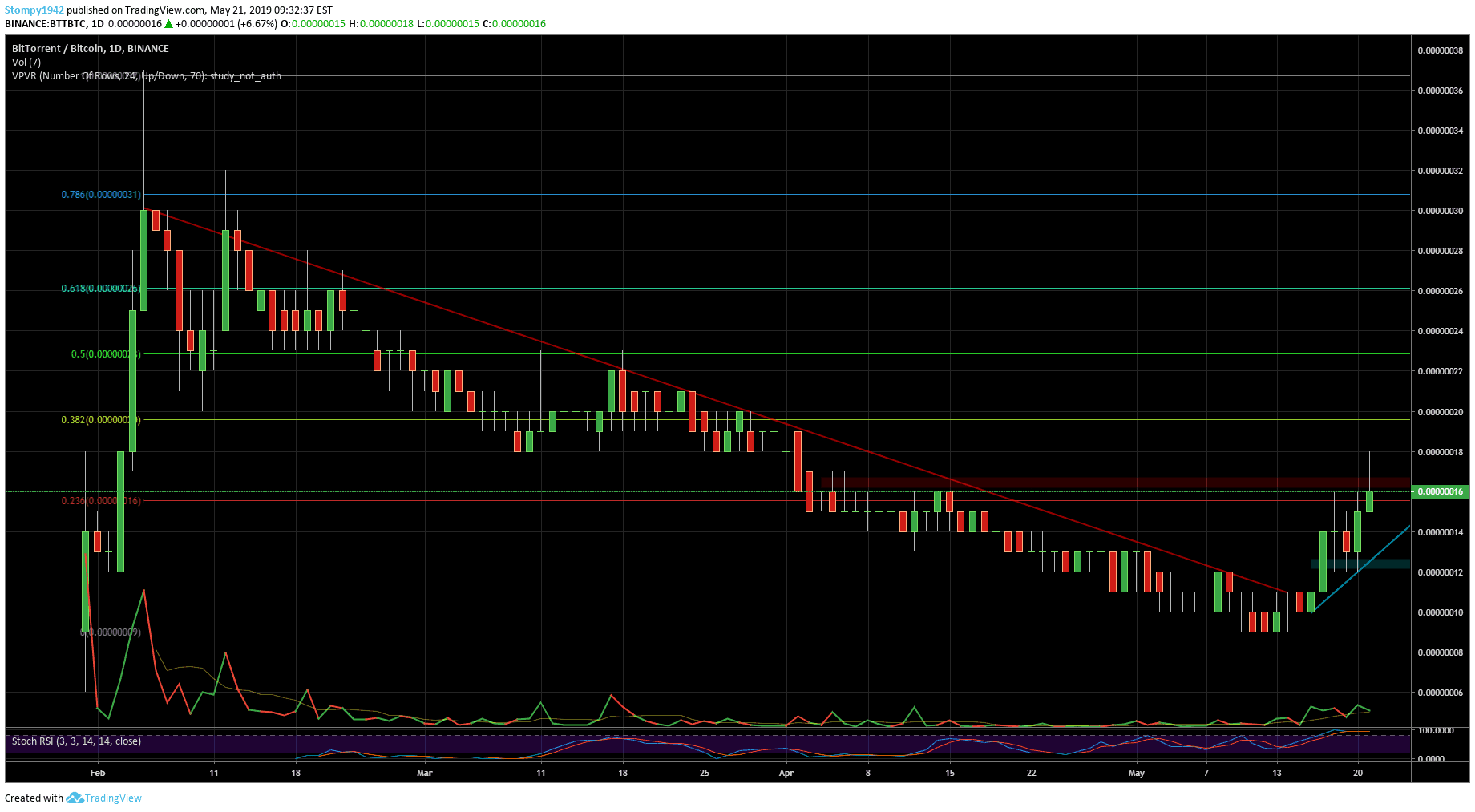 Against the USD, the support is at 40 cents and the resistance is at 55 cents. The attempts to break the trend up failed but the trading volume rose and the floor found at 20 cents is already far away. 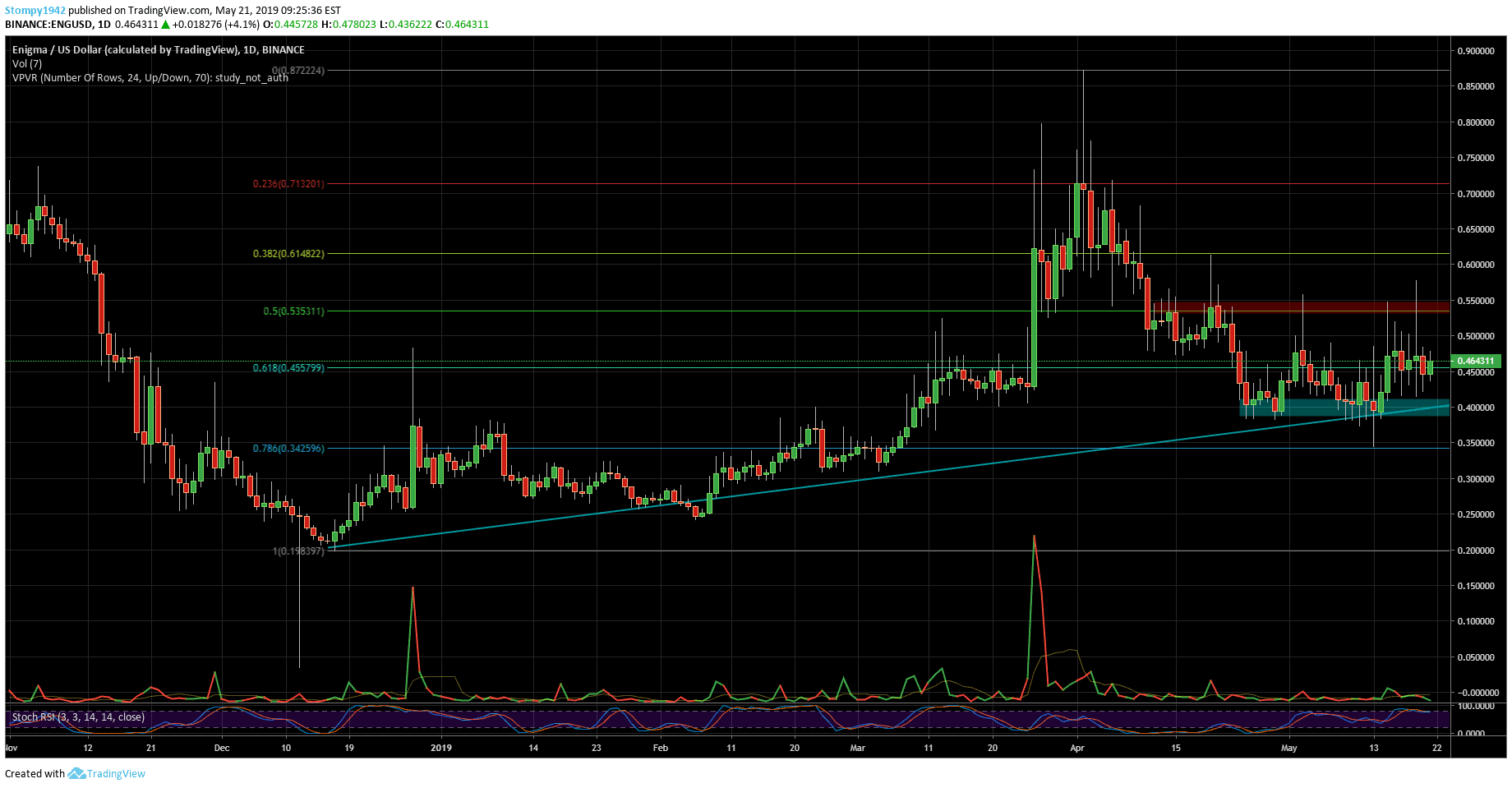 Against BTC, the trend below is an attempt to block the 5000SAT, where we can also find the support. The resistance is at 7000SAT. Here too, trading against the dollar seems to be attracting more interest from traders. 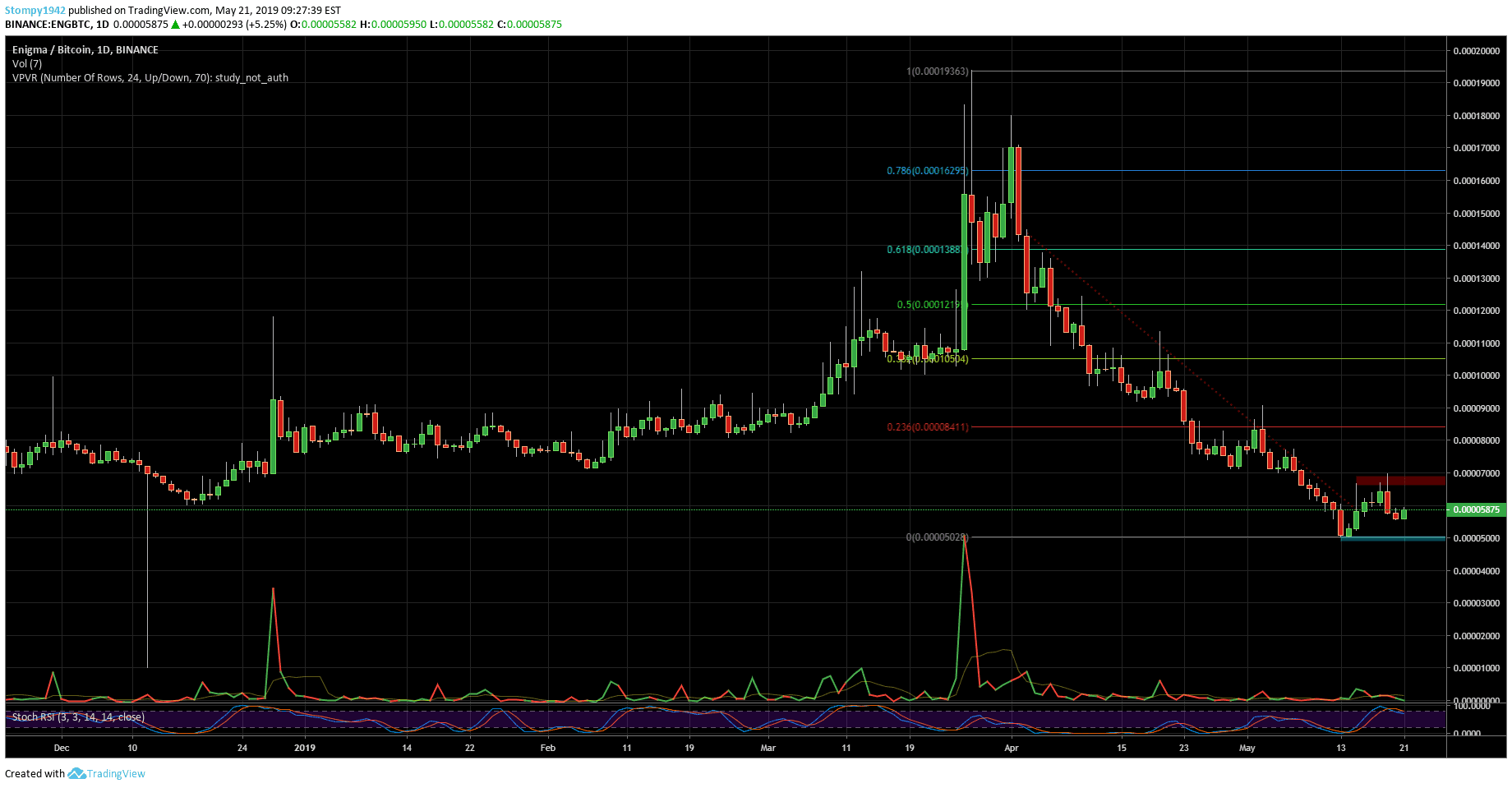 Since getting rejected from the $4050 resistance level and for the past three days, Bitcoin had been consolidating around the…

Chainlink Price Prediction – Attention! $Link price might be heading for a massive drop!

The Chainlink price is in an ongoing bull trend! Can Chainlink sustain the massive upward trend? A recently released document…