Breaking news
Looking for the next NFT craze? Check out SANDBOX Crypto,…Top 5 Cryptocurrencies of the Week -(Week 38)Coinbase早期投资者获2000倍投资回报，NBP会是下一个奇迹吗？Early investors of Coinbase received a return of 2000 times…Ethereum ETFs: Canada Approves Three Ahead Of EIP1559How To Use Ledger Plus MetaMask – Guide To The…

The correction from $13,200 to $9,850 shook the market slightly and it also raised the fear index. Support in this range is found around $10,000 and it currently holds. The short squeeze effect has led to a bounce in the past 24 hours which got us to $11,000. This is not far from the resistance in this range which lies at around $11,350. If we break out of it, we will get to a pattern which was similar to the increase from $5,700 to $8,800. One the other hand, if the support fails, we will get a double top formation. 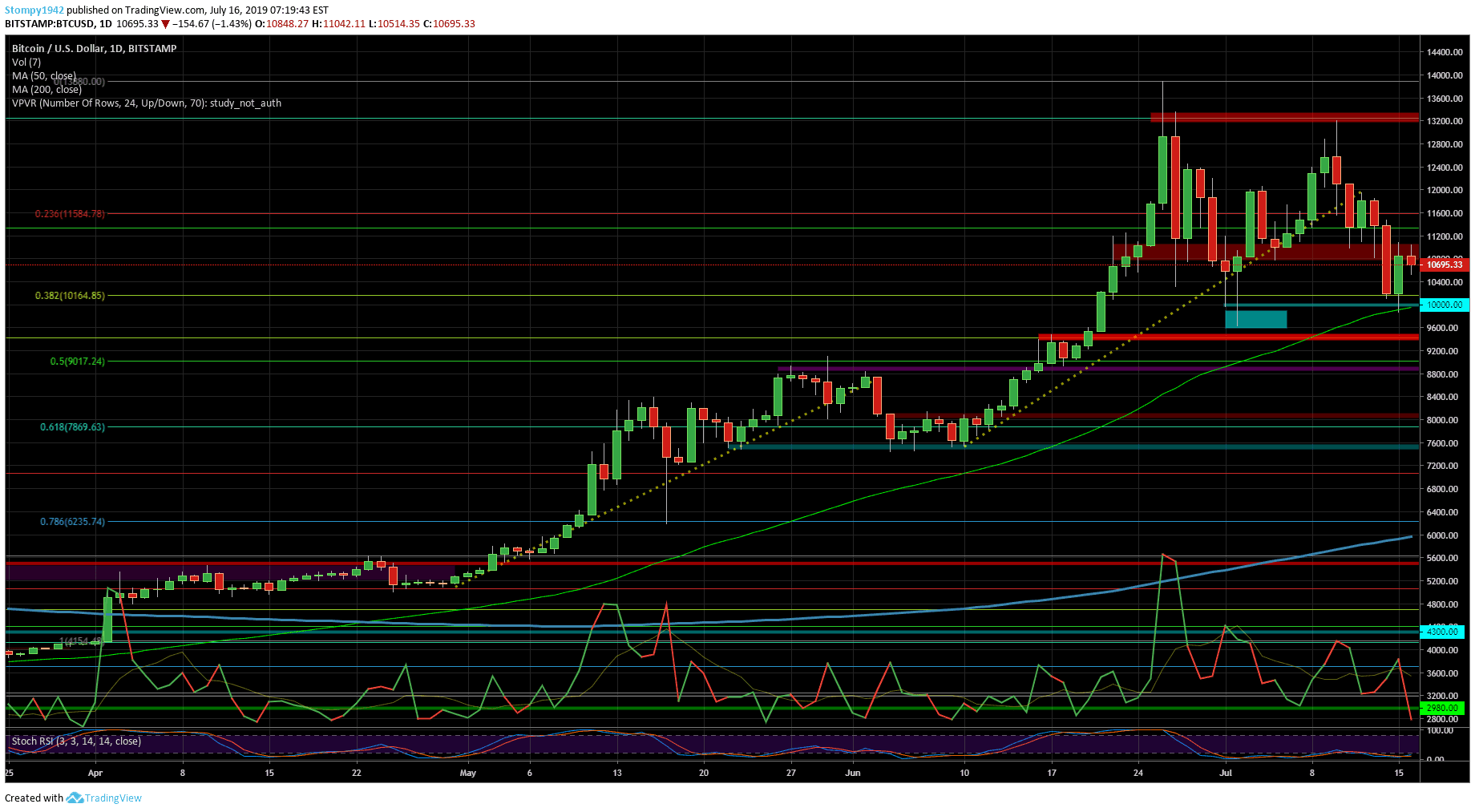 Against the USD the support around $280 broke down and we got to the levels around $230. That’s just about the line of the trend marked in yellow. Trading around $200 is not a positive technical situation and the attempt to reverse the trend failed. If traders’ confidence is to return, we need to return to the range around $260. 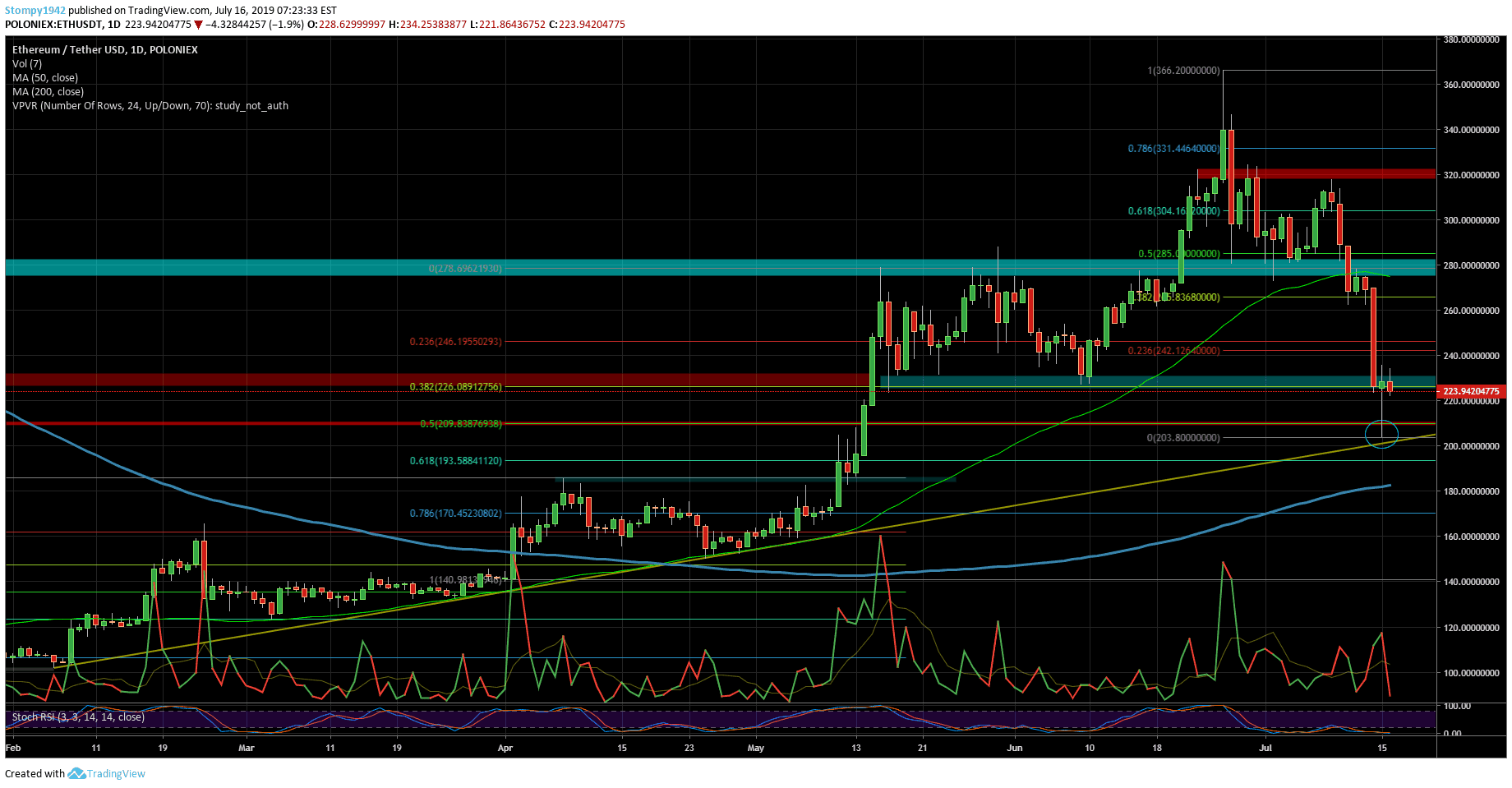 Against BTC, the support around 0.024BTC failed and we tested the range at 0.02BTC but the Fibonacci indicators show that there is a chance to break down to 0.018BTC. That’s not a positive sign from a technical point of view. Resistance in this range is at 0.024BTC. 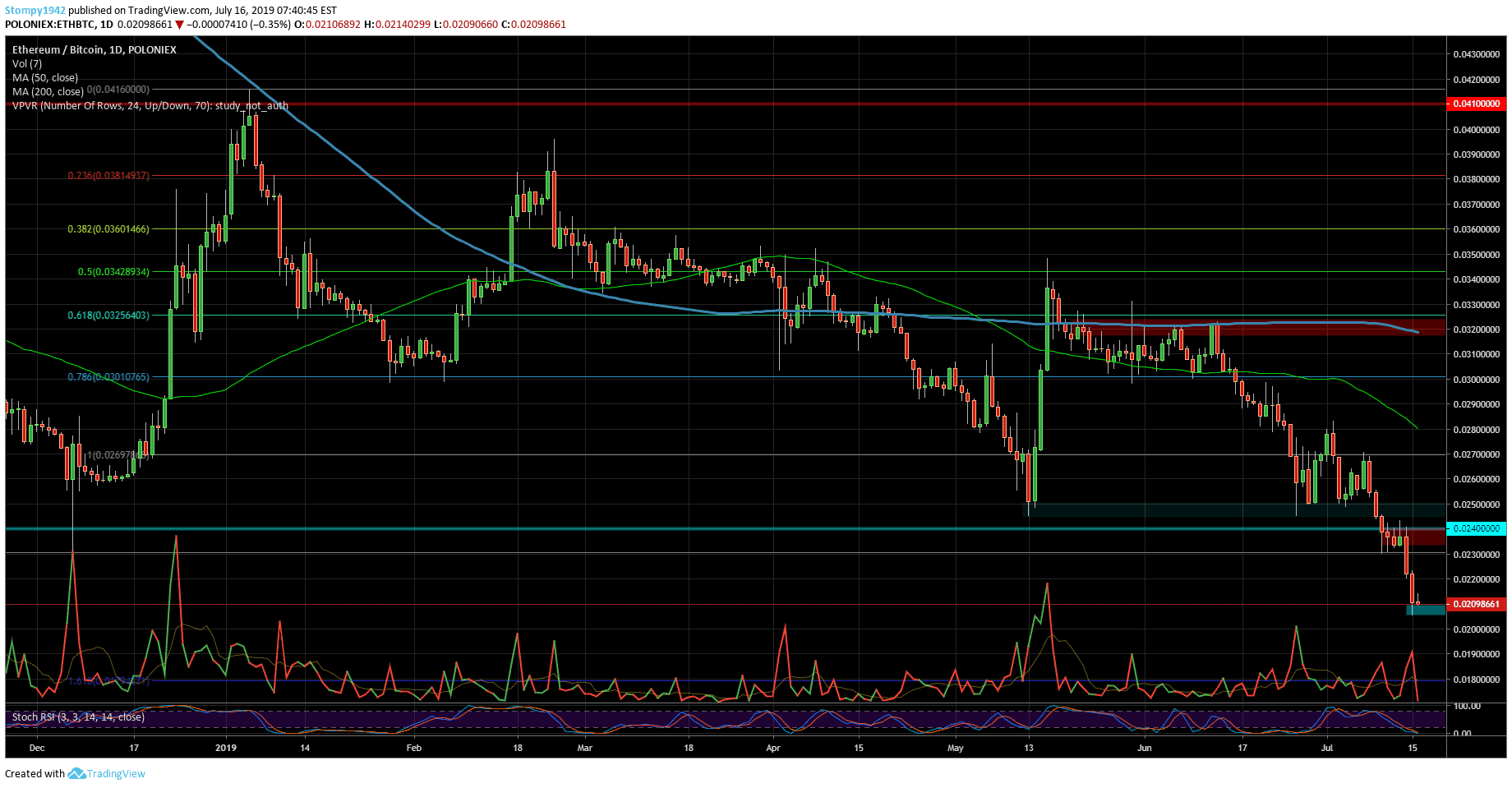 Against the USD, XRP experienced a sharp drop to 29 cents, where the support in this range is found. The 200MA also broke down and became the resistance point in the range at around 36 cents which got us back to the levels of the beginning of the year. On one end this disappoints investors but on another, it also shows stability in this range. 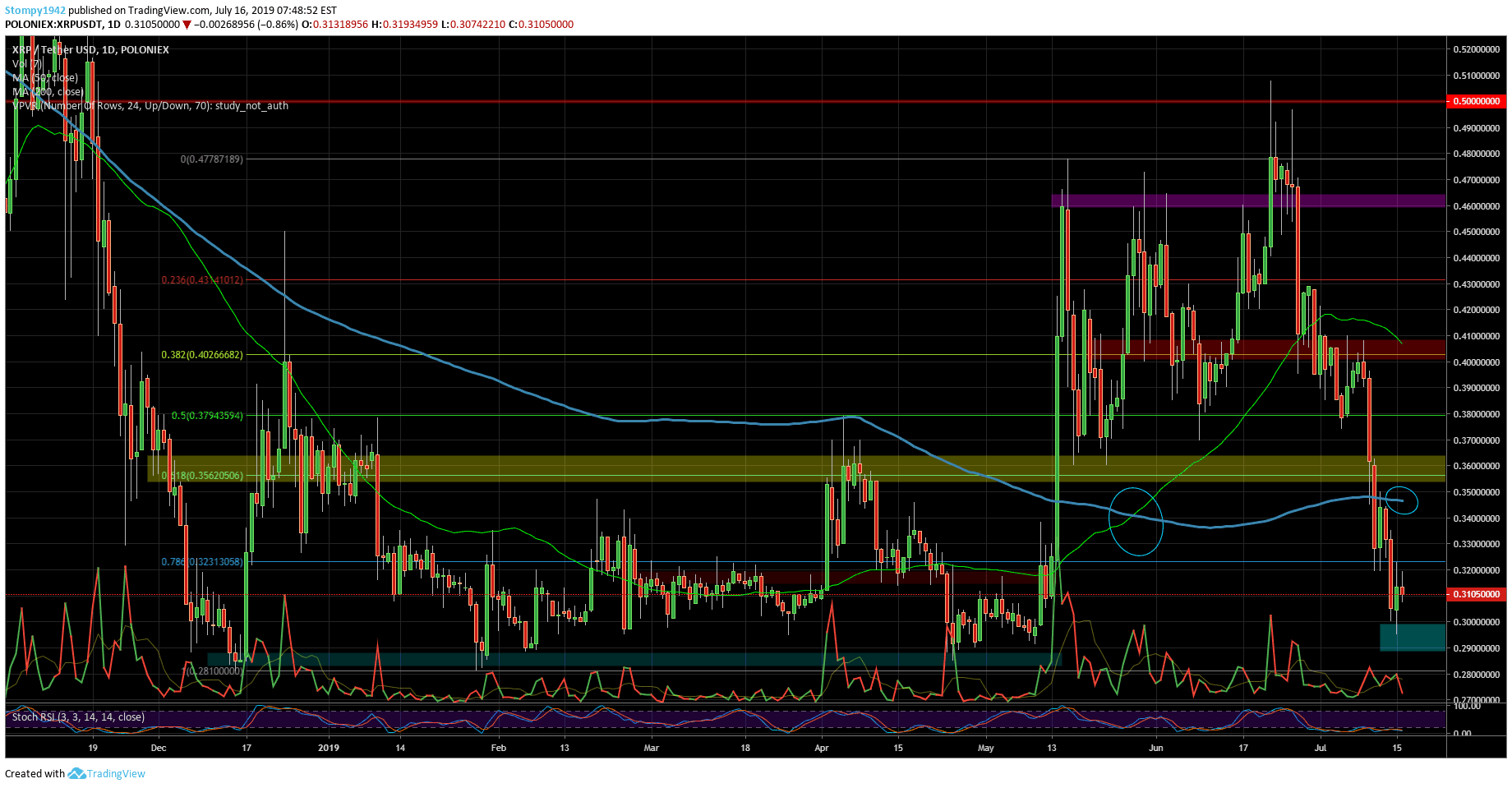 Against BTC, the support is at 2019 lows around 2700SAT. Resistance in this range is at 3000SAT. Similar to most of the altcoin market, XRP is also on a decline against BTC. Is there another way to get out of here? 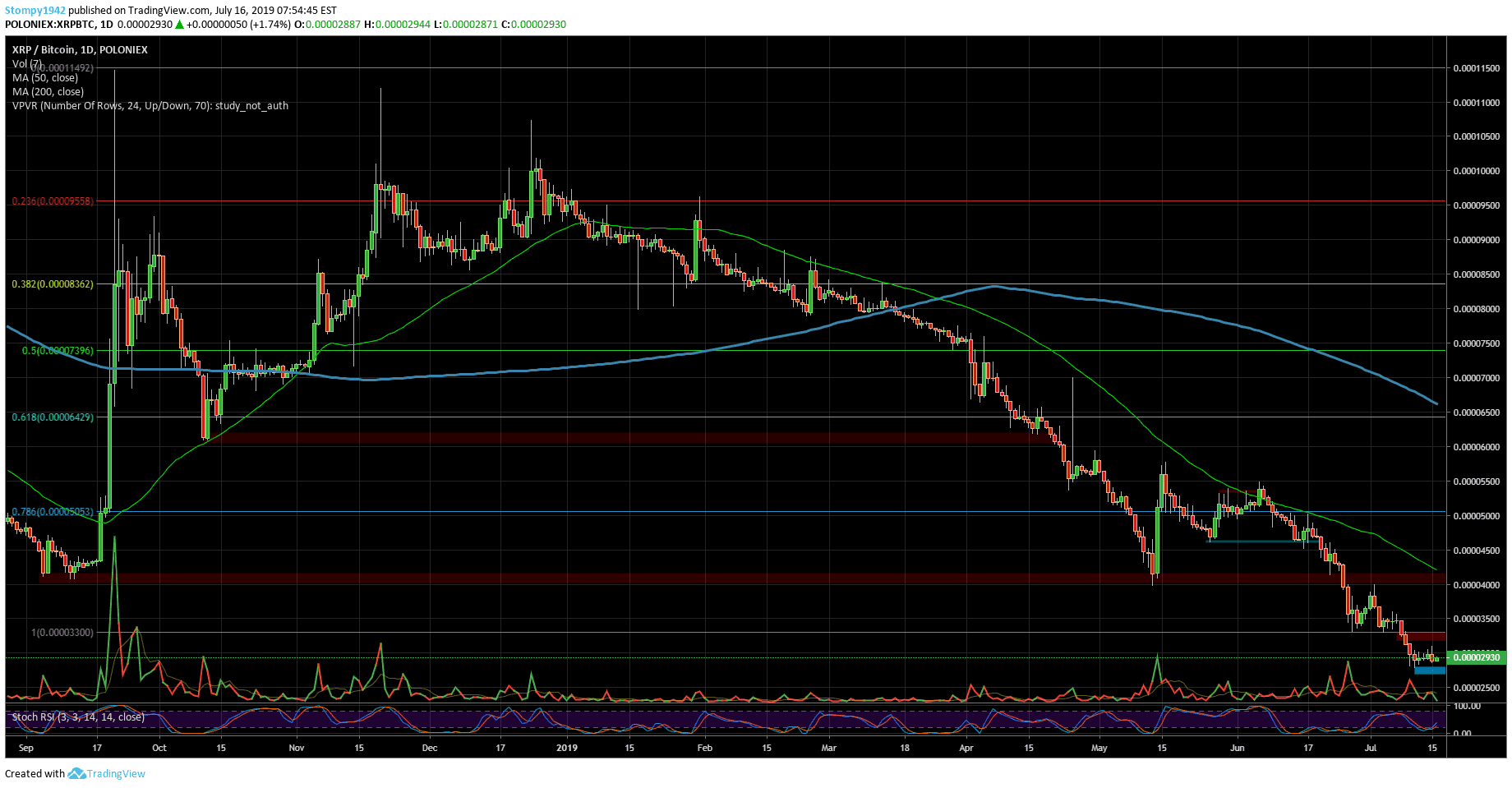 Against the dollar, we saw a sharp correction this week dragging the price to the support at 26 cents. The next support will be tested at 24 cents. Resistance is at 30 cents. 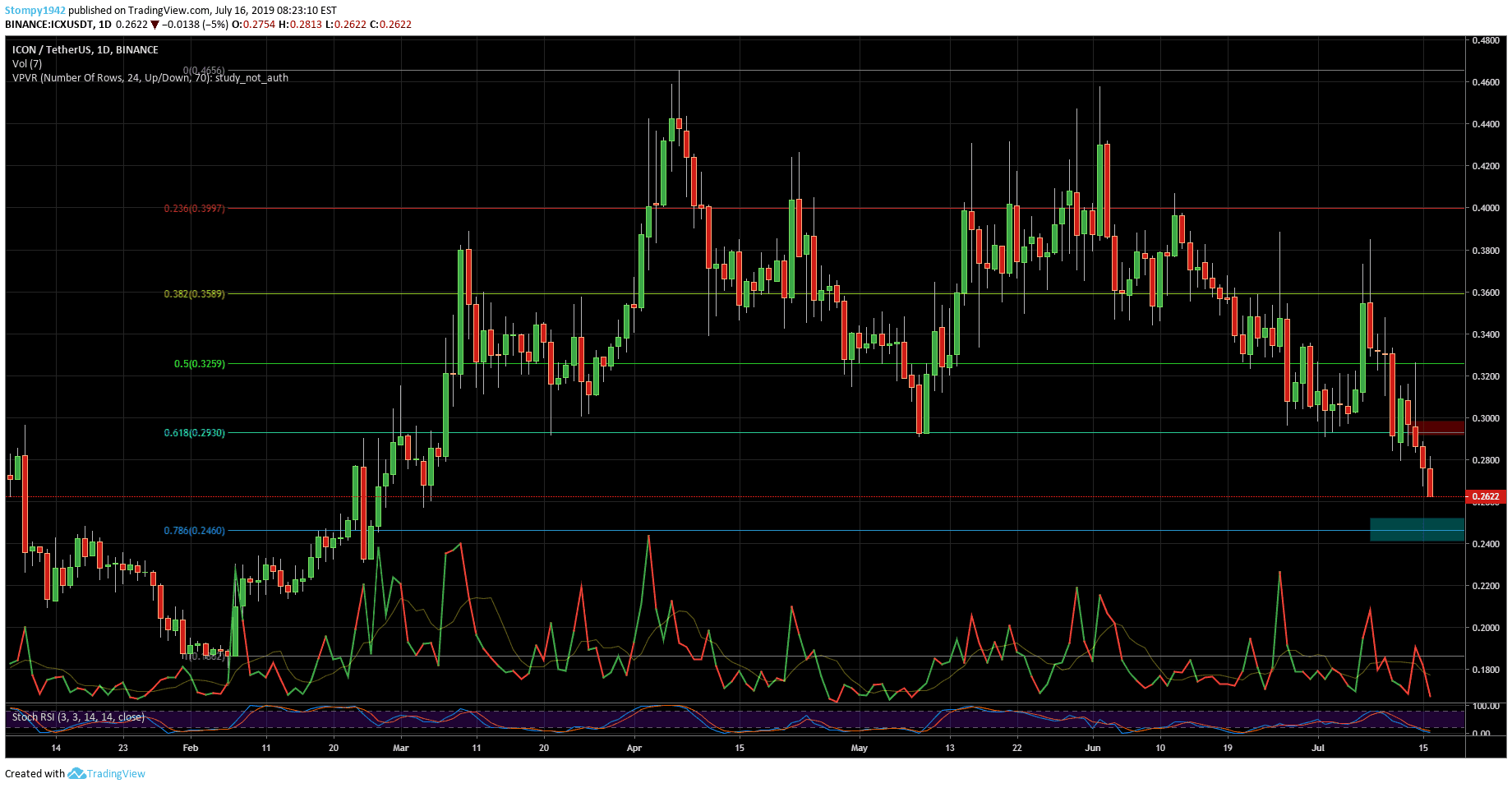 Against BTC, the support around 250SAT is being tested since the beginning of July. Resistance in this range is at 320SAT. 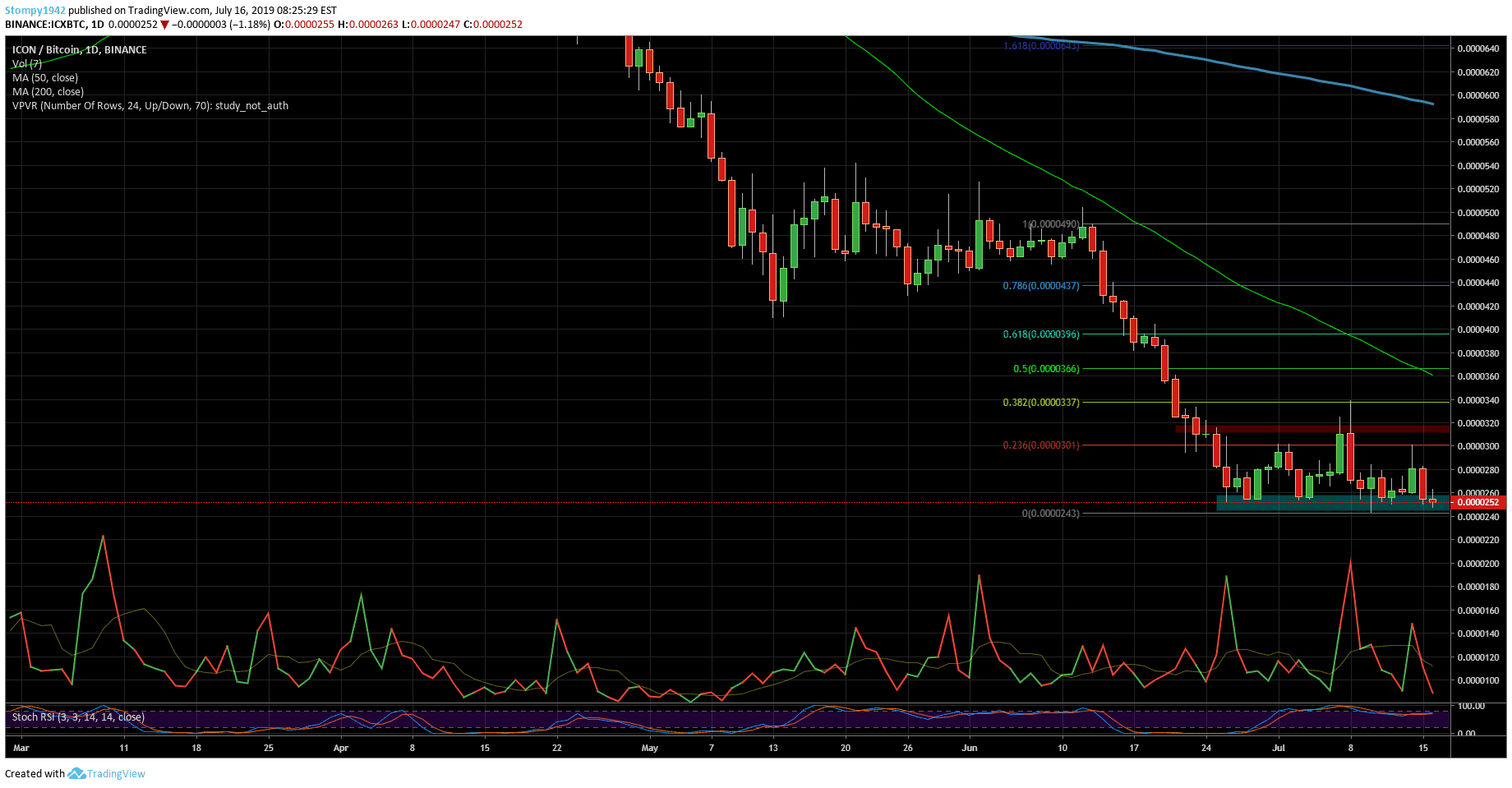 Against the USD, we saw a positive trend which started at the beginning of the year getting the price from $16 to its peak at $38. The price corrected to the support at $27 while resistance currently lies at $34. 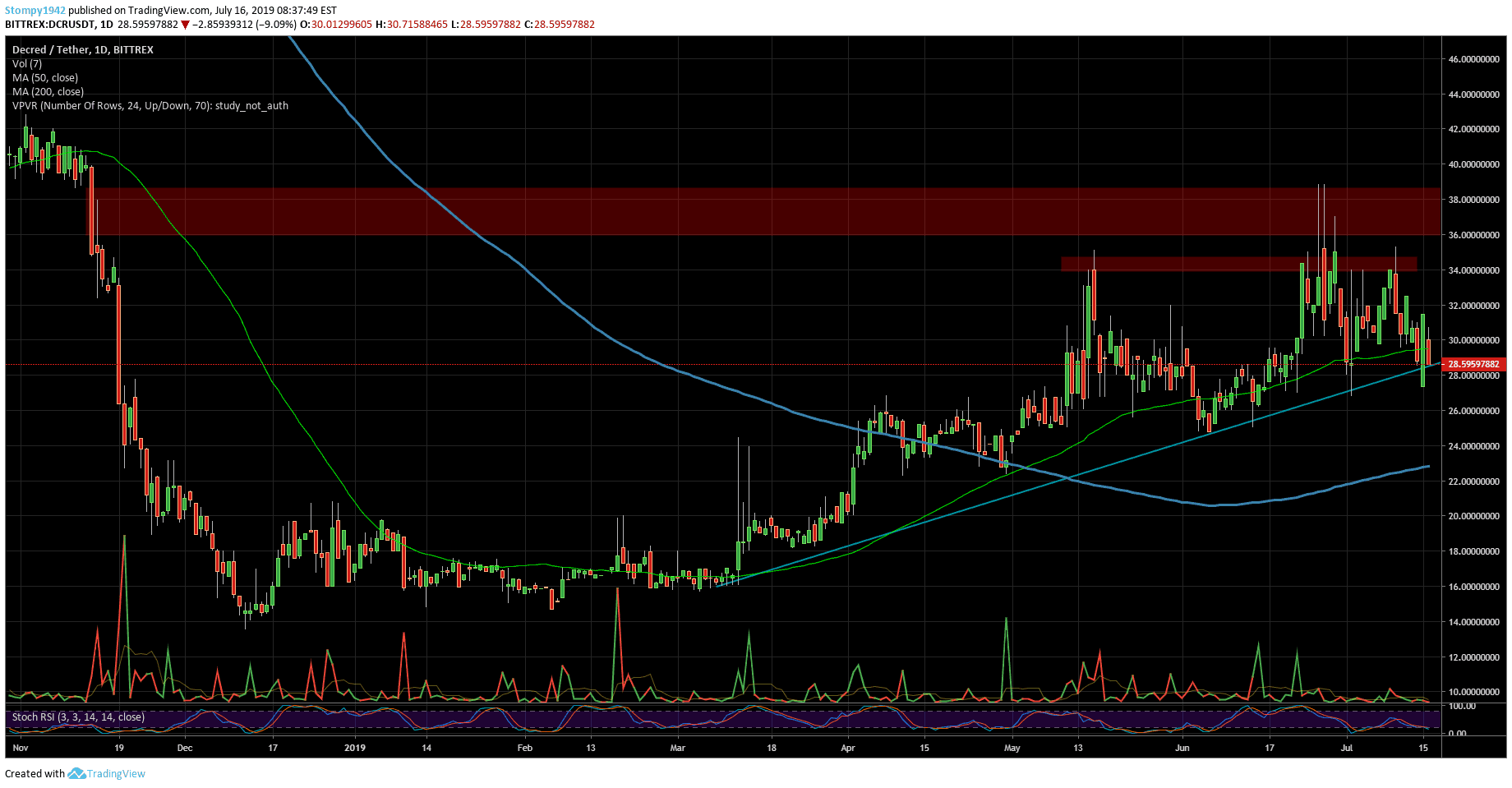 Against BTC, the support is stabilizing around 0.0026BTC which is also the current floor for 2019. Resistance in this range is around 0.003BTC. 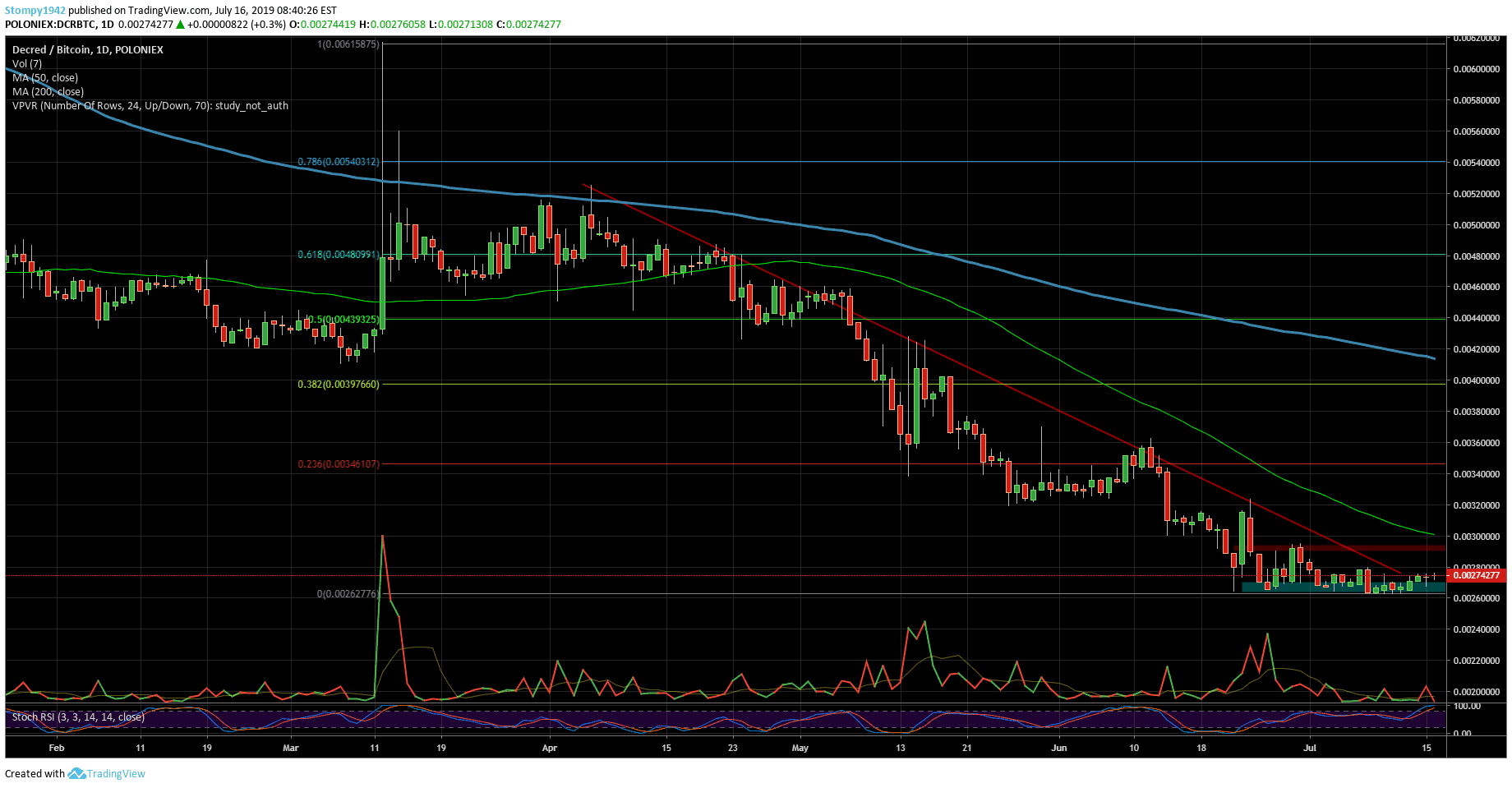 featured – Ethereum wallets are not known for their reputation. One major reason for that is the ongoing security issues…