The correction is here and it’s definitely a sharp one. Support at this range is at around $10000. If it breaks, more support is found at $9,600 and from there it appears that it’s only downhill. As mentioned above, this is a healthy repair after a rapid increase and we need to wait for the approval of the support from where we will know more as to where the market is headed. 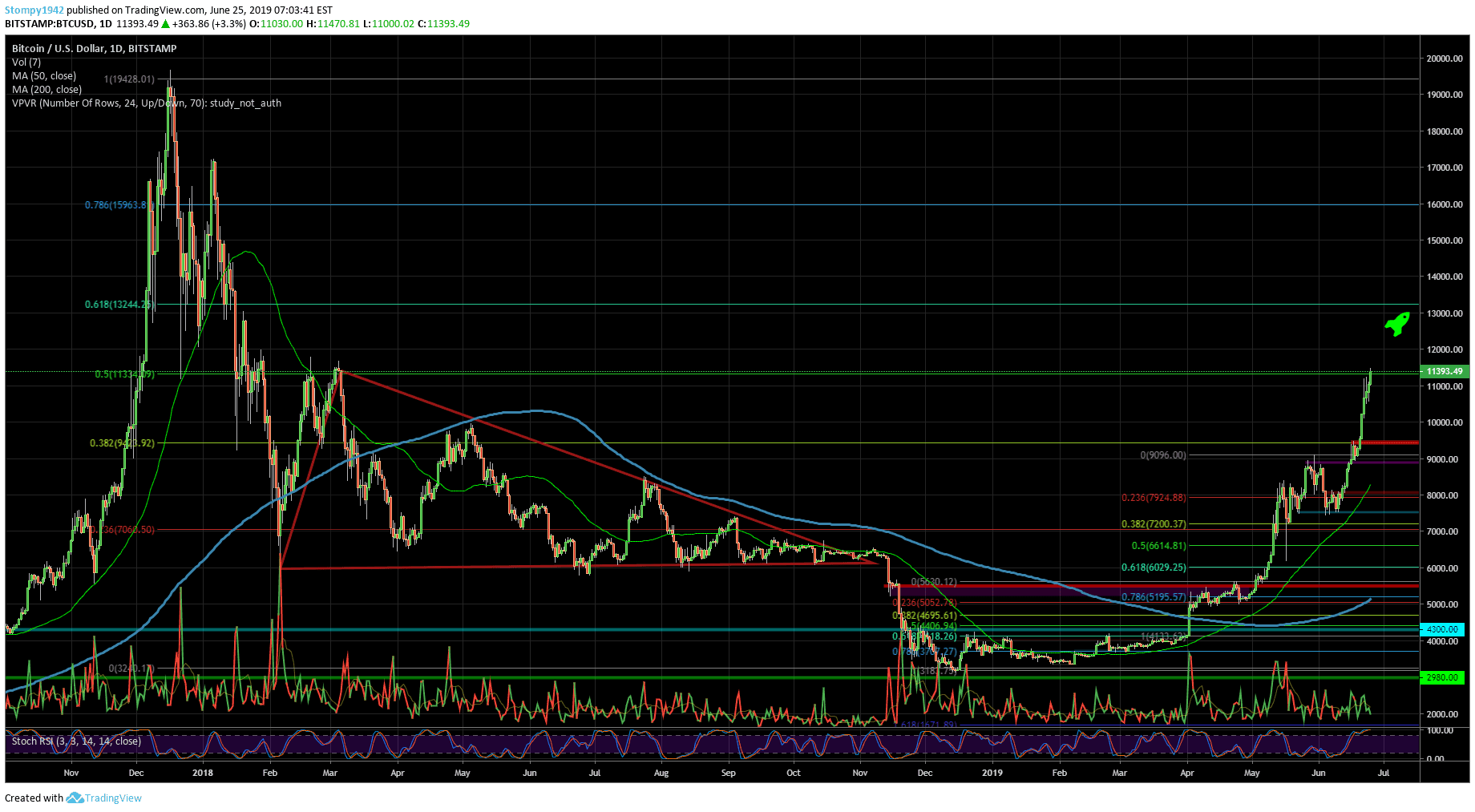 Against the USD, the enthusiasm of the buyers led to the breach of the resistance at $320 and took the price to $366. From there, we saw a correction which brought the price back to $270, where the support in the range is fragile. Resistance here is at $300.

Against BTC, the support around 0.027BTC broke down and the price dropped to 0.024BTC. From there, the price rebounded and it currently trades in the 0.027BTC range. The resistance here is at 0.03BTC.

Against the USD, the market wave affected XRP as well. The support at $0.40 broke down and turned into a resistance. If the decline continues, the support at $0.37 will probably be tested.

Against Bitcoin, the weekly correction took the prices to November 2017’s lows at around 3300SAT where we can see support. Resistance in this range is at 4000SAT. It can be reaffirmed that the support is yet to be confirmed.

Against the USD, Chainlink reached a record high of $4.60 following the impressive surge we saw across the board. Resistance in the current range is at around $4, while the support is at $3.20. Will the trend continue or will the money come out for the next season? 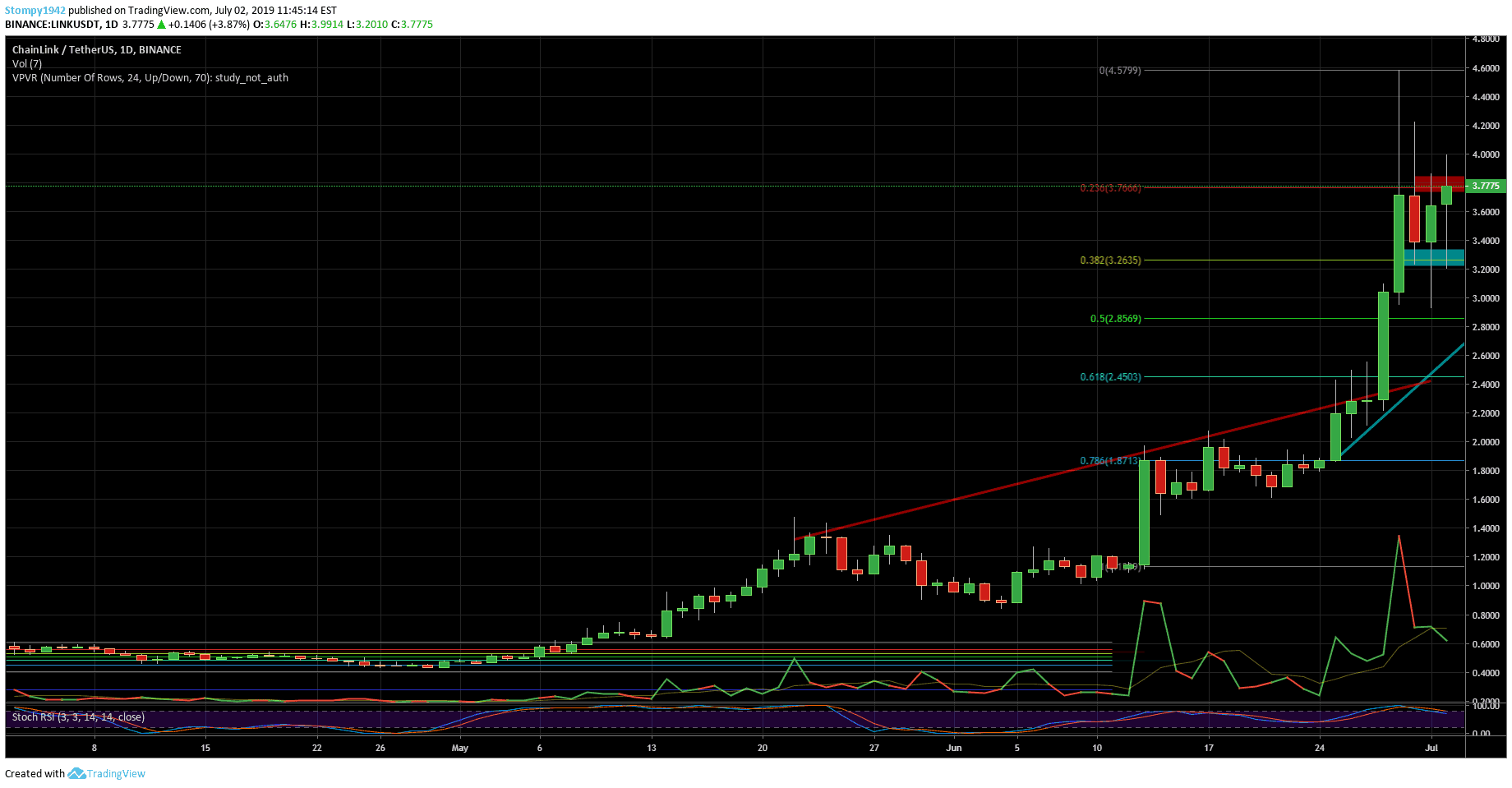 Against BTC, the resistance in the range is at 0.00036BTC while the support is at 0.00032BTC but it hasn’t been really tested. It looks like the rally is headed upwards but it’s important to note that a correction might come. 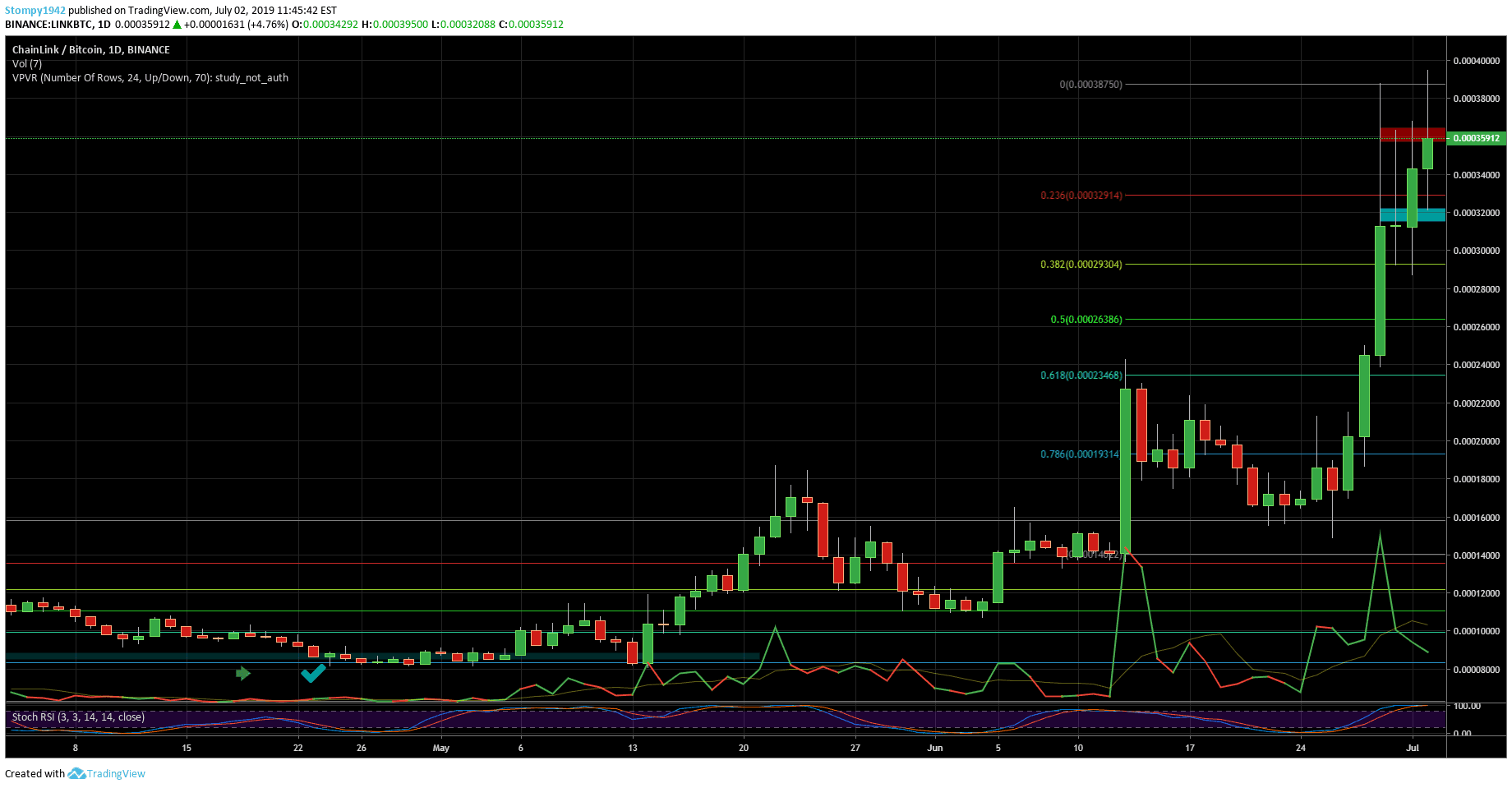 Against the USD, we can see a correction from $40 to $30, where the support in this range is being built. Resistance here is found at $35 but the trend has not been tested yet. The IEO’s influence seems to be still here. 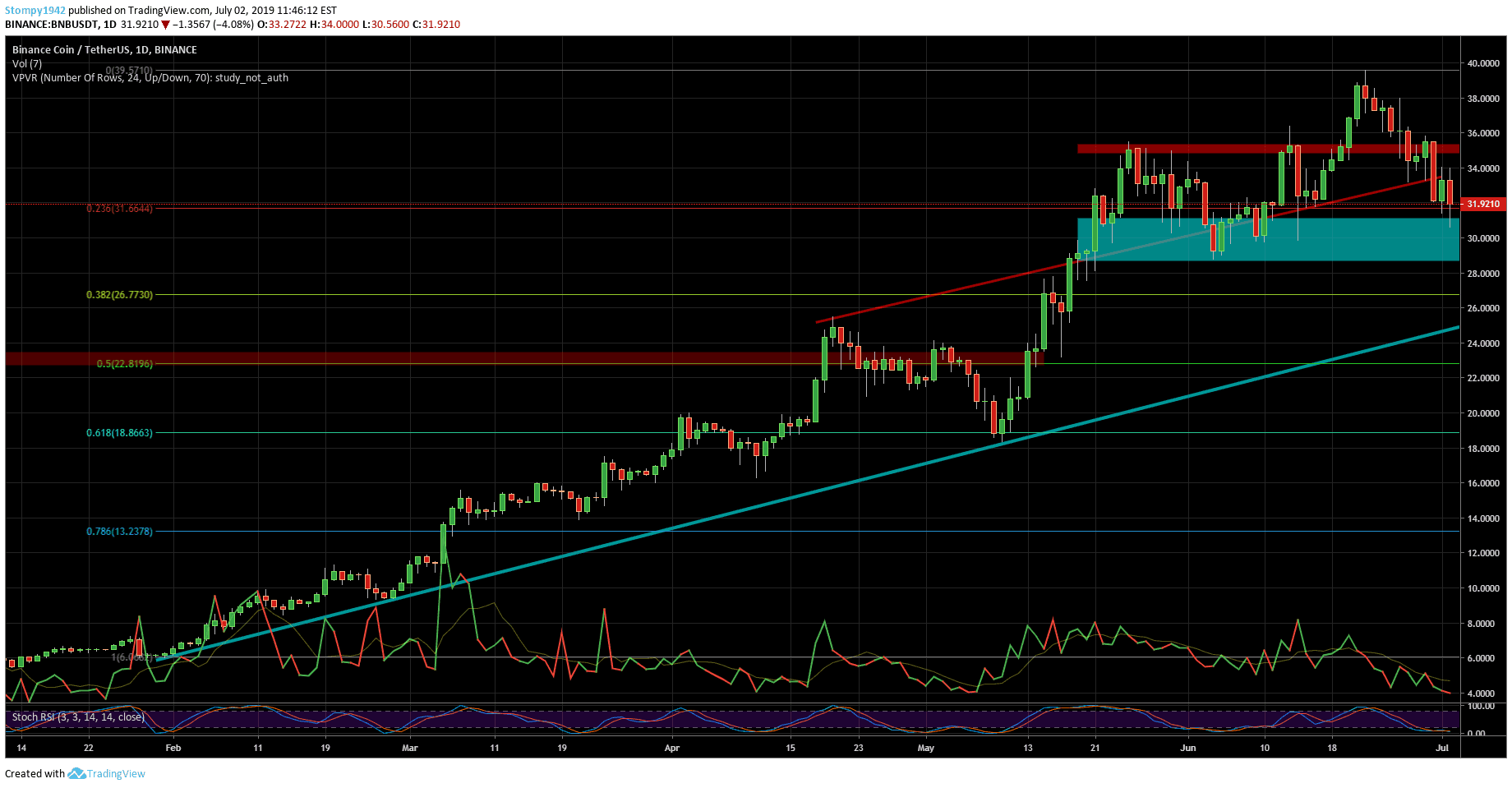 Against BTC, the support at 0.0028BTC was tested and it’s slightly fragile. Resistance in the range is at 0.0034BTC which is a technically interesting point since the rally that started in March this year. The volatility is increasing and the range between 0.0026BTC and 0.0044BTC gives a place to trade between Binance announcements. 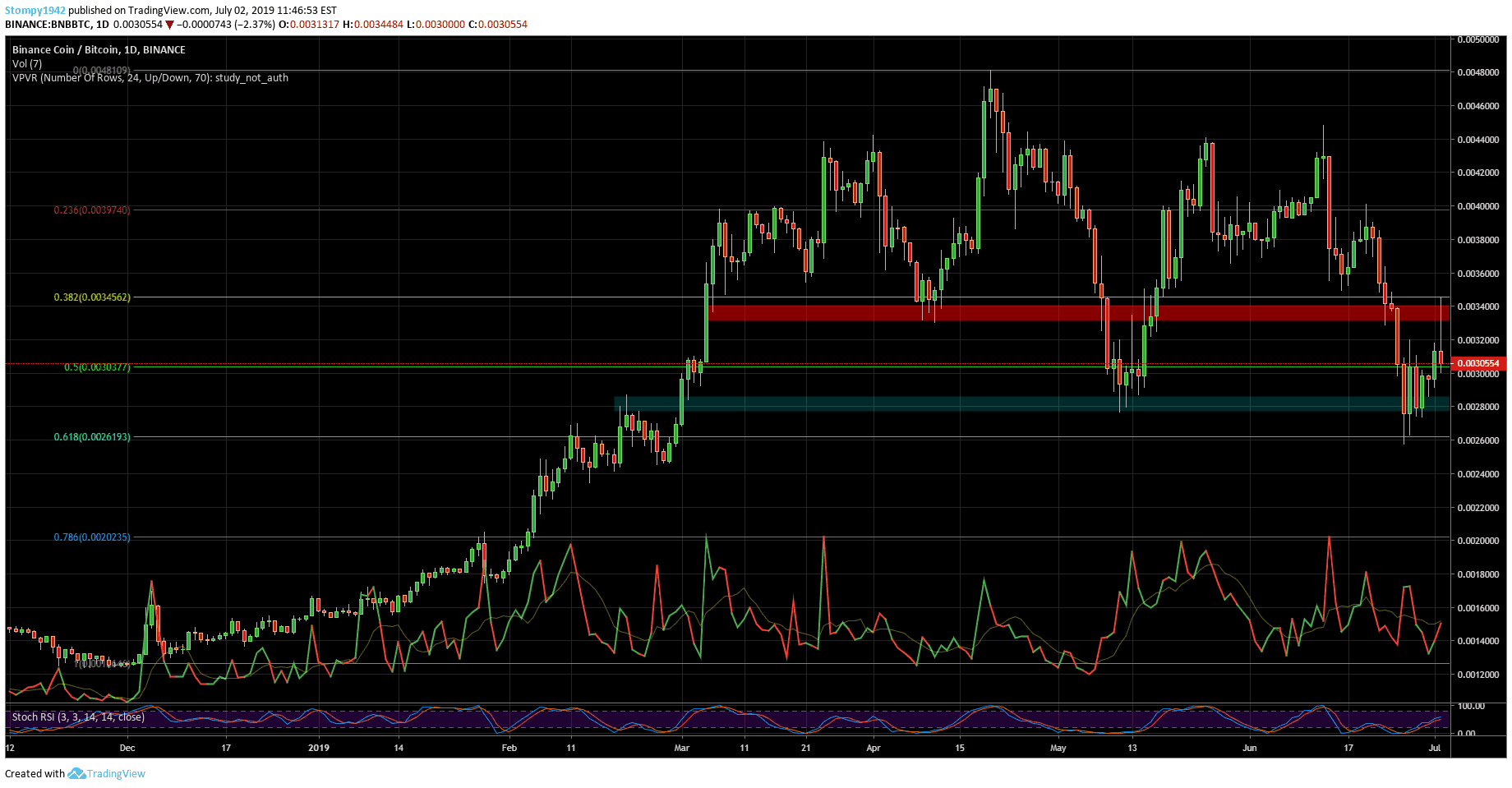 The inflow of Bitcoin to cryptocurrency exchanges more than quadrupled on June 2, when the Bitcoin price crossed above the…

Ethereum Price Prediction, ETH On The Verge of a Massive Breakout